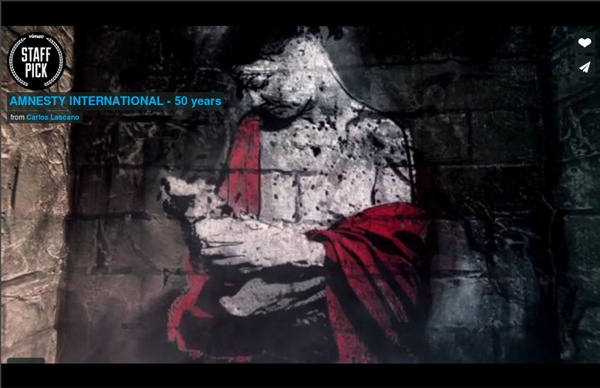 Welcome to the Brave New World of Persuasion Profiling Photo: Brock Davis Welcome, [FIRST NAME], to the era of personalization. Amazon.com recommends books you might like, Netflix tailors your movie menu, and Google customizes your news. And in exchange for this friendly algorithmic assistance, targeted ads follow you wherever you navigate online. Most of us have accepted this bargain, but it turns out that taste profiling is only the beginning. A revolution against neoliberalism? Ahmed Ezz, one of several NDP officials arrested since Egypt's revolution began [EPA] Editor's note July 2, 2013: This article was published shortly after the collapse of the Mubarak regime, however it raises crucial issues that still resonate with the current situation in Egypt. On February 16th I read a comment that was posted on the wall of the Kullina Khalid Saed's ("We are all Khaled Said") Facebook page administered by the now very famous Wael Ghonim. By that time it had been there for about 21 hours. The comment referred to a news item reporting that European governments were under pressure to freeze bank accounts of recently deposed members of the Mubarak regime.

The bright side of wrong There are certain things in life that pretty much everyone can be counted on to despise. Bedbugs, say. Back pain. The RMV. Then there’s an experience we find so embarrassing, agonizing, and infuriating that it puts all of those to shame. Why I Am Not A Christian, by Bertrand Russell Introductory note: Russell delivered this lecture on March 6, 1927 to the National Secular Society, South London Branch, at Battersea Town Hall. Published in pamphlet form in that same year, the essay subsequently achieved new fame with Paul Edwards' edition of Russell's book, Why I Am Not a Christian and Other Essays ... (1957). As your Chairman has told you, the subject about which I am going to speak to you tonight is "Why I Am Not a Christian." Perhaps it would be as well, first of all, to try to make out what one means by the word Christian.

City schools' revved-up summer program gets results - baltimoresun.com February 01, 2011|By Erica L. Green, The Baltimore Sun Until last summer, Baltimore City students probably didn't think that Michael Phelps and African step dancers would have much to do with their learning. But city school officials reported that middle-school students who used fractions to clock swimming lessons with the Olympic champion's coaches or calculated the proportion of rhythms by the performers showed significant progress in their ability to retain academic skills over the summer. The lessons were part of Baltimore's revamped 2010 summer-learning program, being hailed as a potential model for the country after it produced notable results that reversed a district trend of murky progress and low attendance.

Pearltrees lands $1.6M more for social discovery on the Web Pearltrees, a social tool for discovering and organizing Web content, has announced it secured a second round of funding for €1.3 million (US$1.6 million). The funding will be used to expand globally, especially in the US. Pearltrees is a free online social network that allows users to tag (or “pearl,” in the site’s parlance) content on the Web and share it with others who have similar interests. Users create pearltrees which house the individual pearls, or pieces of content, so that you can keep them all in one place.

THE DANCER AND THE TERRORIST When Peru’s most wanted man was captured in 1992, a young ballerina went to jail too, for harbouring him at her studio. The story was turned into a novel and film, “The Dancer Upstairs”. This year, the author of the novel, Nicholas Shakespeare, flew to Lima to meet the dancer at last—and to ask her whether she was guilty LRB · Slavoj Žižek · Good Manners in the Age of WikiLeaks In one of the diplomatic cables released by WikiLeaks Putin and Medvedev are compared to Batman and Robin. It’s a useful analogy: isn’t Julian Assange, WikiLeaks’s organiser, a real-life counterpart to the Joker in Christopher Nolan’s The Dark Knight? In the film, the district attorney, Harvey Dent, an obsessive vigilante who is corrupted and himself commits murders, is killed by Batman. Batman and his friend police commissioner Gordon realise that the city’s morale would suffer if Dent’s murders were made public, so plot to preserve his image by holding Batman responsible for the killings.

The Hazards of Nerd Supremacy: The Case of WikiLeaks - Jaron Lanier - Technology The degree of sympathy in tech circles for both Wikileaks and Anonymous has surprised me. The most common take seems to be that the world needs cyber-pranksters to keep old-school centers of power, like governments and big companies, in check. Cyber-activists are perceived to be the underdogs, flawed and annoying, perhaps, but standing up to overbearing power. It doesn't seem so to me. I actually take seriously the idea that the Internet can make non-traditional techie actors powerful.1 Therefore, I am less sympathetic to hackers when they use their newfound power arrogantly and non-constructively. This is an interesting difference in perception.

San Francisco Passes First Open Data Law One year ago, San Francisco mayor Gavin Newsom issued an executive order directing the city’s departments to make their data public. Yesterday, the city’s board of supervisors turned that order into law. As far as we could establish, this is the first time any city in the U.S. has implemented an open data law. But given that other jurisdictions often follow San Francisco’s lead in this space, it’s likely not the last. The law is brief. It simply says city’s departments and agencies “shall make reasonable efforts” to publish any data under their control -- provided that doing so does not violate other laws, particularly those related to privacy.

Diseased thinking: dissolving questions about disease Related to: Disguised Queries, Words as Hidden Inferences, Dissolving the Question, Eight Short Studies on Excuses Today's therapeutic ethos, which celebrates curing and disparages judging, expresses the liberal disposition to assume that crime and other problematic behaviors reflect social or biological causation. While this absolves the individual of responsibility, it also strips the individual of personhood, and moral dignity -- George Will, townhall.com

Simple steps to happier politics It’s easy to be discouraged by our polarized political environment. A new study suggests there may be an easy way out. Right before the 2008 presidential election, prospective voters were asked to complete an online survey. Some of the participants were assigned a brief self-affirmation exercise, where they had to choose the personal trait (from a list of 10) that was most important to them and write a sentence or two explaining that choice. Other participants encountered the same list but had to choose the trait that was least important and explain why someone else might find it important. All participants then viewed video clips from the last presidential debate.

Be Good April 2008 (This essay is derived from a talk at the 2008 Startup School.) About a month after we started Y Combinator we came up with the phrase that became our motto: Make something people want.