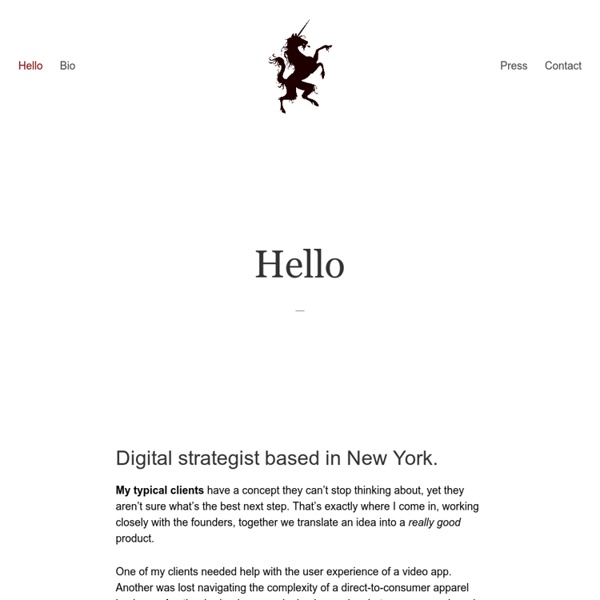 3 Simple Ways to Record iPad Screen and Create Educational Screencasts February 11, 2015 In today’s post, I am sharing with you some interesting tips I learned from Jonathan Wylie to help you record your iPad screen and create instructional screencasts and tutorials. The first thing that comes to mind when thinking of creating a screencast on iPad are those popular apps such as Explain Everything and Educreations but the thing with these apps is that they do not allow you to record what you do on other apps. For instance, you can not open Explain Everything and go to Evernote app to record your screen there, once Explain Everything window is closed , recording stops. To be able to navigate your iPad and record this navigation, you will need to mirror your iPad screen to a bigger screen that is your computer. Once you can access your iPad screen from your computer, you can then use a screencasting tool to record your iPad screen. Here is how you can do it all:

Jon Rimmerman, the Garagiste Founder and Wild Raconteur of Wine Standing in the low-ceilinged basement of a rundown Seattle bungalow, among the shiny steel vats and plastic tubing that constitute Animale winery, the wine merchant Jon Rimmerman swirled his glass, sniffed its bouquet, took a sip and moved his mouth around as if chewing. A fair-skinned, dapper and somewhat elfin man, Rimmerman wore Kelly green jeans, a lavender sweater and a black-and-white plaid sportcoat. Salt-and-pepper curls bushed out from under his Greek fisherman’s cap as he bent over a white plastic bucket. Spitting out a great purple jet of wine, Rimmerman signaled to the winemaker Matt Gubitosa that he could taste exactly one more vintage before leaving. From the outside, Animale — named for Gubitosa’s dead but still-beloved cat, whose image has appeared on many Animale bottles — looked more like a methamphetamine lab than a winery, with an overgrown lawn, a faded gnome statue and reflective insulation covering all the basement windows.

Nota : Casual Collaboration Our Vision We are here to enable creators of all kinds to communicate better online. Since being founded December 2007 in San Jose, California we have been working to develop web services anyone can use for fun, for work, to teach, and to learn. Off Canvas Layouts CSS - Foundation 3 - ZURB Playground - ZURB.com Off Canvas What Now? If you've used Facebook's iPhone app (or Path, or any number of apps that now follow this convention) then you've seen an off canvas panel in a native app. You hit a button and a panel slides in from the left (or depending on how you look at it, the main panel slides out of the way). Luke Wroblewski, author of Mobile First, mentioned this style of layout in his roundup of mobile layout patterns.

Scapple Rough It Out Scapple doesn’t force you to make connections, and it doesn’t expect you to start out with one central idea off of which everything else is branched. There’s no built-in hierarchy at all, in fact—in Scapple, every note is equal, so you can connect them however you like. The idea behind Scapple is simple: when you are roughing out ideas, you need complete freedom to experiment with how those ideas best fit together. It’s Scapple Simple 44 Social Media Tools Recommended by the Pros Are you looking for ways to enhance your social media marketing? Do you want new tools to simplify your marketing tasks? We asked a group of social media pros for the hottest social media tools they use today. Check out these social media tools to see if they’re a good fit for you! Discover 44 media tools recommended by the pros.

The Gospel According to Pinterest Ever since the wartime British propaganda poster bearing those soothing words went viral a few years ago, ending up on cases and coffee mugs, design types have been searching for the next great hyperlinked homily. Lately, the leading candidates are popping up in the most unlikely of places: Pinterest. The explosively popular image-sharing site has fallen under the spell of words — that is, quotes from the great minds that offer lessons to live by. In addition to sumptuous pictures of platform pumps, chalkboard-painted refrigerators and salted caramel shortbread, Pinterest is now jammed with inspirational quotes, some of which could have been lifted from fortune cookies. “Love All, Trust a Few, Do Wrong to No One” (by William Shakespeare), is making the rounds these days.

5 More Handy Web Apps to Save You Time at Work This post originally appeared on the American Express OPEN Forum, where Mashable regularly contributes articles about leveraging social media and technology in small business. Web apps are a friend to all who mash the keyboard from nine to five. They live in the cloud, are accessible from any Internet connection and are great for chopping those mundane work tasks off at the knees. We've previously highlighted a batch of web apps that reduce the headaches and keystrokes associated with common tech chores, and after receiving some great feedback from readers, we thought it only right to hunt down a few more worthy bookmarkables. See below for five more picks, and remember to leave your own time-saving web ditties in the comments.

Instant sharing on line. Has a lot of competition with various twists on the idea i.e. Pinterest.com by sbuser Jan 28