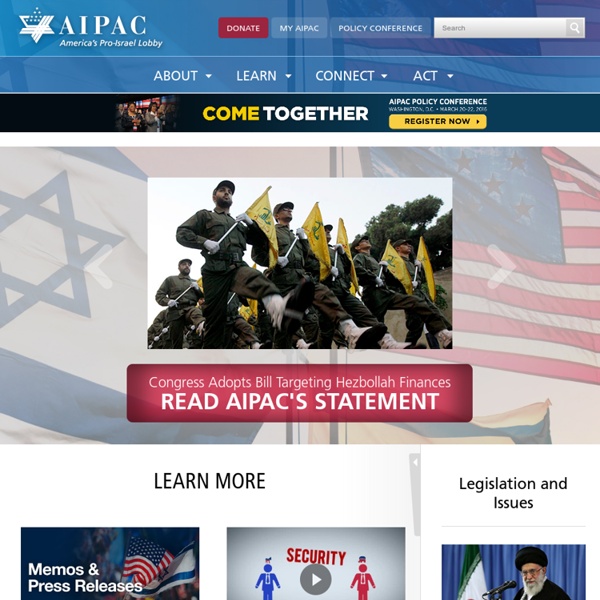 Commentary Magazine Last week Zbigniew Brzezinski, joined by five other foreign-policy experts from the past, issued an open letter entitled “Stand Firm, John Kerry,” calling for “clarity” on “the critical moral and political issues” in the Israeli-Palestinian conflict. The letter castigated Israeli settlements and proposed “halting the diplomatic process” to “help stop this activity.” At “Pressure Points,” Elliott Abrams dismantled the letter, noting that, among other things, it ignored history. As it happens, tomorrow is the 10th anniversary of one of the more important items of history the Brzezinski group ignored: the April 14, 2004 letter from President George W. Bush to Prime Minister Ariel Sharon. Read More The American-Israeli diplomacy culminated in a hugely significant exchange of letters between Bush and Sharon in April 2004. MR. The Obama administration, when it took office in 2009, repeatedly refused to answer whether it was bound by the Bush letter. Read Less

American Iranian Council | Occupy AIPAC! | Home World Jewish Congress The following article by the Dutch novelist Leon de Winter appeared in the 'Wall Street Journal Europe' on 14 June 2010. Anti-Semitism Is Salonfähig Again By Leon de Winter It's a fascinating phenomenon: Why do people and organizations that present themselves as progressive team up with reactionary Muslims? But Gaza's population voted in democratic elections to be ruled by a party whose hatred of Jews is the cornerstone of its existence. Contrary to Gaza, Chechnya, for example, isn't free. There are some more facts -- lousy, stubborn facts. Here is another fact. The progressives don't care for any other group of poor or suppressed Muslims. One reason is Yasser Arafat, whose genius was to redefine the Palestinian cause in neo-Marxist and anti-imperialist rhetorics. But there is another reason why Western progressives hate Israel but are indifferent toward human rights abuses in Turkey, Iran, or Russia.

Global Futures Studies & Research by The Millennium Project The Israel Lobby Finds a New Face: Black College Students When Vincent Evans arrived as a bright-eyed first-year at Florida A&M, the country’s largest historically black university, he knew he wanted to get involved in politics. So when an older student leader approached him one afternoon after a student government meeting to ask if he wanted an all expenses paid trip to D.C., Evans jumped at the opportunity. The trip, it turned out, was sponsored by the American Israel Public Affairs Committee, or AIPAC, the country’s most powerful pro-Israel lobbying outfit. Israel is under growing attack from Palestinian and international activists who call the country a racist apartheid state. In response, its staunchest U.S. lobby is recruiting black students as moral shields to make the case for Israeli impunity. At historically black colleges and universities (known as HBCU’s) around the country, AIPAC is finding and developing a cadre of black allies to declare there’s no way Israel can be racist. It seemed to Evans an opportunity of a lifetime.

Instructions For Living The battle for life is a battle for sanity. The essence of wisdom is to know yourself. The key to greatness is doing a spiritual accounting. Every day, set aside time to ask yourself: What am I living for? What do I need to change? Infatuation is blind. Love is the pleasure of focusing on the virtues of another. It is a greater pleasure to love than to be loved. The opposite of pain is no pain (i.e. comfort). The Talmud says that every person must say, "The world was created just for me." The essence of free will is to choose to be a soul, not a body. We all want greatness. Torah is not a history book. God is our father in Heaven. "I can't" is idolatry. Happiness is choosing to take pleasure in what you have. The natural state of every human being is joy. When people say, "You'll grow up," what they really mean is, "You'll give up like I did." The Six Constant Mitzvot are the goals of Judaism. Judaism isn't all or nothing. Every effort is a success, even if you don't see the results.

What is CIDE? Office of International Academic Affairs CIDE is one of Mexico’s most important centers of teaching and research in the social sciences. Recognized both nationally and internationally, CIDE has been a non-profit public institution since its establishment in Mexico City in 1974. Intellectual independence and rigor, respect for plurality, a sense of equity, and a constant effort to balance a scientific approach to research with social relevance are behind CIDE’s successful search for excellence. As a public institute of higher education, CIDE provides international caliber training in the social sciences to students of diverse geographic and socioeconomic backgrounds. As a research center with active links to decision makers, CIDE produces creative, methodologically sound, interdisciplinary research designed both to advance scientific knowledge and improve decision making. CIDE faculty combine a concern for national issues with an international outlook.

MJ Rosenberg: AIPAC's "War With Iran" Bill Passes House Committee Wasting no time after its success in getting the administration to oppose Palestinian statehood at the United Nations, and still celebrating the UNESCO funding cut-off, AIPAC has returned to its #1 priority: pushing for war with Iran. The Israelis have, of course, played their own part in the big show. In the last few weeks, it has been sending out signals that it is getting ready to bomb Iran's nuclear facilities (and embroil the United States in its most calamitous Middle East war yet). But most observers do not believe an Israeli attack is imminent. Naturally, the United States Congress, which gets its marching orders on Middle East policy from the lobby which, in turn, gets its marching orders from Binyamin Netanyahu, is rushing to do what it is told. Accordingly the House Foreign Affairs Committee hurriedly convened this week to consider a new "crippling sanctions" bill that seems less designed to deter an Iran nuclear weapon than to lay the groundwork for war. It reads:

The Enuma Elish: The Babylonian Creation Myth Dennis Bratcher The Enuma Elish is a Babylonian or Mesopotamian myth of creation recounting the struggle between cosmic order and chaos. It is basically a myth of the cycle of seasons. This version was written sometime in the 12th century BC in cuneiform on seven clay tablets. However, there are simply too many similarities to deny any relationship between the accounts. The version presented here is a combination of several translations but is substantially based on the translation of E. Tablet I The stage is set for the story. When on high the heaven had not been named, Firm ground below had not been called by name, When primordial Apsu, their begetter, And Mummu-Tiamat, she who bore them all, Their waters mingled as a single body, No reed hut had sprung forth, no marshland had appeared, None of the gods had been brought into being, And none bore a name, and no destinies determined-- Then it was that the gods were formed in the midst of heaven. "My little son, my little son!" Tablet II

About the Center for Policy Alternatives Overview The Center for Public Policy Alternatives (CPPA) is an independent, non-partisan public policy think-tank committed to rigorous research through which public policies and processes are examined, supported and best practices disseminated. The CPPA aims to help sub-Saharan governments and their agencies realize the goal of rapid development and a prosperous future for their citizens. Mission To create a demand driven research organization dedicated to addressing issues affecting Nigeria in particular and sub-Saharan Africa in general. Vision To be quoted, referenced or engaged in 80% of all policy issues by 2014. Objectives CPPA aims to promote proactive research that is not limited to current affairs across a broad range of subjects and is independent of immediate or obvious demand with the hopeof: Strengthening the decision-making capacity of government by transmitting policy-relevant information derived from high quality research and analysis to policymakers.

Does AIPAC want war? Washington, DC - For all it has done to promote confrontation between the United States and Iran, the American Israel Public Affairs Committee has worked to avoid the public perception that AIPAC is openly promoting war. In AIPAC's public documents, the emphasis has always been on tougher sanctions. (If you make sanctions "tough" enough - an effective embargo - that is an act of war, but it is still at one remove from saying that the US should start bombing.) But a new Senate effort to move the goalposts of US policy to declare it "unacceptable" for Iran to develop a nuclear weapons capability - not a nuclear weapon, but the technical capacity to create one - gives AIPAC the opportunity to make a choice which all can observe. Sponsors of the Lieberman resolution deny that it is an "authorisation for military force", and in a legal, technical sense, they are absolutely correct: it is not a legal authorisation for military force. The phrase "vital national interest" is a "term of art".