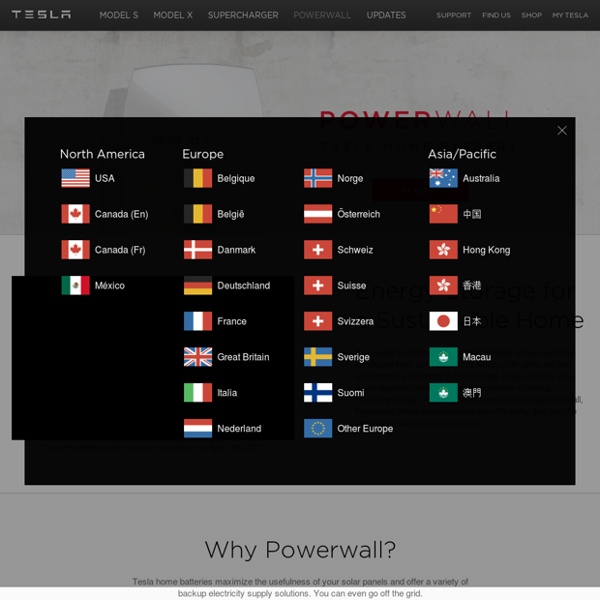 5 breakthroughs that will make solar power cheaper than coal There was some good news last week. While Washington was busy holding the global markets hostage and placing billions in badly needed R&D funding on the chopping block, a new report from REN21 (the Renewable Energy Network for the 21st Century) showed that global investments in renewable energy jumped 32 percent to a record $211 billion, this despite a downturn in the economy and massive R&D cuts in clean energy. It's a little reassuring that progress marches forward, despite our nation's best efforts to stop it. Solar in particular appears to be growing in leaps and bounds due in large part to a 60 percent drop in price per kW (kilowatt) production in just the past three years. In many regions solar power is getting competitive with coal power, and its price will continue to drop with the onset of a many new advancements in solar technology. 1.

Case Studies, Manufacturing In Mexico, Manufacturing Plants In Mexico Monster Cable After working with quality manufacturers in Asia, Monster Cable recognizes that opening a Mexico manufacturing facility with NAPS significantly improves their bottom line – Monster Cable Products was founded in 1979 by Noel Lee, then a laser-fusion engineer at the Lawrence Livermore Laboratory. Lee was an audiophile and professional drummer who set out to improve audio quality by developing high performance speaker cables. Lee developed a better construction for cables that would expand the clarity, dynamics and power of audio signals. Through his efforts, Monster Cable became one of the world’s leading manufacturers of high performance cables for audio, video and computer components.

ObamaCare Individual Mandate ObamaCare’s Individual Mandate: What is the Tax Penalty for Not Having Health Insurance? ObamaCare’s individual mandate requires that most Americans obtain and maintain health insurance, or an exemption, each month or pay a tax penalty. The individual mandate went into effect at the beginning of January 2014 and continues each year. The penalty for not having coverage will be paid on your Federal Income Tax Returns for each full month you or a family member doesn’t have health insurance or an exemption and is based on your Modified Adjusted Gross Income (MAGI). No More Ugly Solar Panels - Check This Out - Beautiful and Practical Solar Roofs - In the Garden Love this – Beauty and Practicality capturing the energy of the sun to heat your home or combined with Soltech’s PV Cells giving you an electrical generating system. These Glass Roof Tiles. Made by SolTech System are a real innovative idea giving another alternative for our heating needs while adding to the aesthetics. Read on to learn more. roofs (Solar Roof) is a patented bio-climatic architecture product

How to create a landing page A landing page is a web page that allows you to capture a visitor's information through a lead form. A good landing page will target a particular audience, such as traffic from an email campaign promoting a particular ebook, or visitors who click on a pay-per-click ad promoting your webinar. So it’s important to build a unique landing page for each of the offers you create. You can build landing pages that allow visitors to download your content offers (ebooks, whitepapers, webinars, etc.), or to sign up for offers like free trials or demos of your product. Creating landing pages allows you to target your audience, offer them something of value, and convert a higher percentage of your visitors into leads.

By the Time You Read This, They've Slapped a Solar Panel on Your Roof Solar is so cheap, the problem now is how to pay for it. Prices for panels are down more than 65 percent in five years, to less than 70¢ a watt. What's next? One word, Ben: financing. Building a solar generating facility—either a massive one in a desert or a tiny one on the roof—involves serious up-front costs. In extreme cases, the cost of capital can make power almost 50 percent more expensive than it would otherwise be, says a report released Tuesday, Feb. 24, by the independent German research group Agora Energiewende. San Francisco Becomes The First City to Ban Sale of Plastic Bottles In a bold move toward pollution control, San Francisco has just become the first city in America to ban the sale of plastic water bottles, a move that is building on a global movement to reduce the huge amount of waste from the billion-dollar plastic bottle industry. Over the next four years, the ban will phase out the sales of plastic water bottles that hold 21 ounces or less in public places. Waivers are permissible if an adequate alternative water source is not available. One of the larges supporters of the proposal was the Think Outside the Bottle campaign, a national effort that encourages restrictions of the “eco-unfriendly product.”

What is Atelophobia - Atelophobia A mental illness is a condition in which a person’s normal thinking, behaviors and responses to surroundings or certain circumstances are impaired. Among the “anxiety disorders” is Atelophobia. Etymologically speaking the word atelophobia is composed of two greek words; the prefix Atelo(s) means imperfect and the postfix phobia means fear. Therefore the word Atelophobia literally means they fear of being imperfect.

One of the World's Largest Solar Farms to Be Built in California Desert Solar is going big. Again. The federal government on Monday green-lit a 485-megawatt solar plant that will generate enough carbon-free electricity to power 180,000 homes when it comes online in the Southern California desert. During the Great Recession, there was nothing unusual about billions of dollars in federal stimulus money fueling big green dreams of carpeting the Mojave Desert with giant solar power plants on government-owned land, a cornerstone of the Obama administration’s efforts to fight climate change.