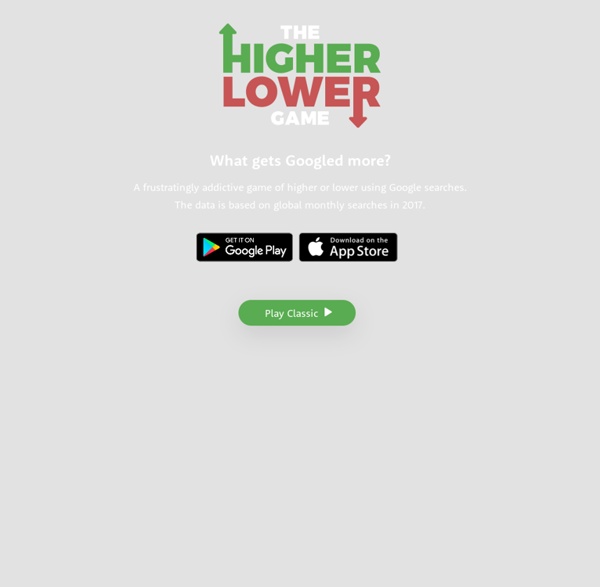 tPlay The globe of economic complexity Curvy in HTML5 Curvy is a HTML5 puzzle game using the canvas element. Just rotate the tiles so that like colors connect. Modernizr tells me you don't have canvas support in your browser. Sadly, this game uses technology that's only in browsers with HTML5 support. Presented to you by FlamingLunchbox is a puzzle, originally for Android phones, using a simple idea. Each Curvy puzzle consists of a grid of hexagonal tiles. Curvy allows a variety of different puzzle sizes, providing puzzles that can be quickly solved as well as more complex versions depending on the size you choose. Want it on Android? We are a participant in the Amazon Services LLC Associates Program, an affiliate advertising program designed to provide a means for us to earn fees by linking to Amazon.com and affiliated sites.

Play BREAKTHROUGH, a free online game on Kongregate Check your security settings Connection issues are typically caused by security settings on your network or computer. Check that your firewall or router has port 5222 open and allowing traffic. If you are on a school or office network, you may need to contact your network administrator to make the necessary changes. Is your version of Flash current? Ad blockers and browser plug ins Ad blocker programs like AdBlock Plus, proxy software and a variety of other browser add-ons can prevent users from connecting to chat. Try again in a few minutes Sometimes the internet is just not happy. Did you lose an achievement? loading A to K - 2048 clone by Creative Spark Studios How to play: Use your arrow keys to move the tiles. When two tiles with the same letter touch, they merge into the next letter in the alphabet! The goal is to create the letter K. Note: This is a clone of the official open-sourced game called 2048, which is itself a clone of the game called 1024, which was already very similar to a game called Threes. Game recommendation: Players who enjoy A to K, may want to try our other game Triangular 2048. Created by Creative Spark Studios.

Ultimate Tic-Tac-Toe Updated 7/16/2013 – See Original Here Once at a picnic, I saw mathematicians crowding around the last game I would have expected: Tic-tac-toe. As you may have discovered yourself, tic-tac-toe is terminally dull. There’s no room for creativity or insight. Good players always tie. Games inevitably go something like this: But the mathematicians at the picnic played a more sophisticated version. As I watched, the basic rules emerged quickly. Each turn, you mark one of the small squares. But it took a while for the most important rule in the game to dawn on me: You don’t get to pick which of the nine boards to play on. Then your next move must be here… This lends the game a strategic element. The resulting scenarios look bizarre. A few clarifying rules are necessary: What if my opponent sends me to a board that’s already been won? What if one of the small boards results in a tie? When I see my students playing tic-tac-toe, I resist the urge to roll my eyes, and I teach them this game instead.

2048 Join the numbers and get to the 2048 tile! New Game How to play: Use your arrow keys to move the tiles. When two tiles with the same number touch, they merge into one! Note: The game on this site is the original version of 2048. Apps for iOS and Android are also available. Created by Gabriele Cirulli. Donate BTC 1Ec6onfsQmoP9kkL3zkpB6c5sA4PVcXU2i Fundamentals - Fallout 3 Wiki Guide - IGN Last Edited: September 9, 2013 at 10:13 PM Overview[edit] Fallout 3 is a post-apocalyptic western RPG with enough shooting mechanics that it is, indeed, a full-fledged hybrid title. You're given control of a male or female (depending on who you choose) who lives in a heavily-guarded nuclear fallout shelter. There's a big, bad post-nuclear world outside of the safety of Vault 101 -- your home -- but it won't be until you are 19 years that you finally get out into the world to see for yourself the devastation of nuclear warfare. But surviving in the United States after the nuclear bombardment isn't an easy endeavor. Fallout 3 takes place in Washington D.C., or what's left of it. Read on, survivors. Statistics[edit] Statistics can be found at the core of any RPG, and Fallout 3 is certainly no different. The most basic statistics you'll deal with regularly are your AP and HP meters, which are located at the bottom of your screen (HP on the left and AP on the right). Barter (S.P.E.C.I.A.L.

25 Hidden Locations In Grand Theft Auto 5 Even Super Fans Haven't Found Grand Theft Auto V has long been one of the shining examples of what an open-world game should be like. If you haven't played it, you definitely have something to look forward to when you do pick the game up. When I first played GTA V, I felt totally overwhelmed by the freedom of it all. You might laugh at me, but I actually had a momentary sense of panic where I did not know exactly what I should do next. (Go ahead. One of my favorite things about open-worlds are the secret places that you can find that are scattered all over the map. Grand Theft Auto V is no exception to this trend. 25 The Thelma And Louise Cliff For those who haven't seen the cult classic film Thelma & Louise, here's a spoiler warning. Grand Theft Auto V decided to include this scene in their game. 24 The Howitzer Motel Room Of Craziness Jack Howitzer is a colorful actor who has made appearances in several grand Theft Auto games. Players can go to the Motor Motel and access Jack's motel room. 23 Frozen: Alien Style