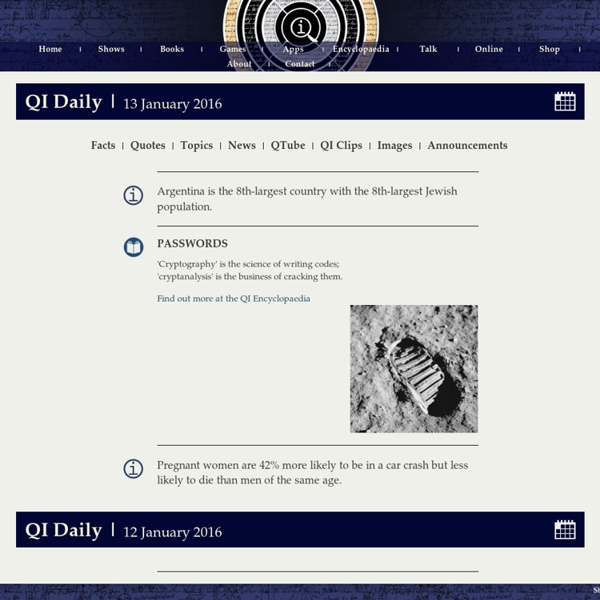 The Greek island of old age 6 January 2013Last updated at 19:08 ET By Andrew Bomford BBC News, Ikaria, Greece The inhabitants of a small Greek island live on average 10 years longer than the rest of western Europe. So what's the secret to long life in Ikaria? The Daily Mash Homing pigeon 'Bermuda Triangle' explained 31 January 2013Last updated at 01:11 GMT By Rebecca Morelle Science reporter, BBC World Service Homing pigeons are remarkable navigators - but when released from Jersey Hill in the US they kept on getting lost The mystery of the "Bermuda Triangle" of the homing pigeon world may have been solved.

Geekologie Lack of local teachers sparks concerns about UAE identity DUBAI // More than half of all Emirati children in Dubai attend private schools but only 31 UAE nationals teach in them, a report has found. The report suggests the lack of local teachers could hamper the development of national identity in the 29,752 pupils. Chaltham Kanaid, author of the report released by Dubai’s Knowledge and Human Development Authority, said salaries were the biggest hurdle to attracting Emirati staff to the private system, in which 56 per cent of pupils learn in Dubai. “Emirati pupils are our priority,” Ms Kanaid said. “Teachers have higher salaries in government schools and naturally that will be their first choice. The question becomes how can we motivate the private sector to provide attractive offers?”