The Art of Rendering 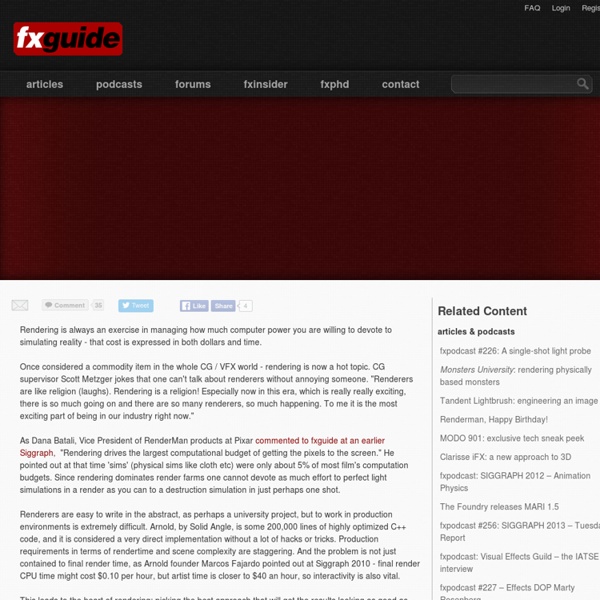 Jason Bakker's Blog - A GDD Template for the Indie Developer The following blog post, unless otherwise noted, was written by a member of Gamasutra’s community. The thoughts and opinions expressed are those of the writer and not Gamasutra or its parent company. I'm in the process of making a few different design documents at the moment, so that our iPhone development team can have some options to choose from. After writing a couple of docs, I've massaged my design document "template" into something that really works for me, and I think works better than the traditional formats for independent game development. The documentation style you get taught in university and at game companies tends to have a large focus on target audiences, marketability and "selling the project" to whoever is reading it, as opposed to describing the project and laying it out in a more objective and easy to read manner. Intro 1 paragraph description of the game. The dame's gone missing, and, just like always, you're to blame. Character Bios Rough Plot 4-6 paragraphs. That's it!

CUSTOMER-MADE | Co-creation, user-generated content, DIY advertising and more! CUSTOMER-MADE: time to tap into THE GLOBAL BRAIN! Last updated: May 2006 | Let’s get this out of the way once and for all: trends are not one-off coining affairs. Some trends are worth tracking for years and years, especially if they represent a radically new definition of what constitutes value to consumers. INFOLUST is one of them. So is GENERATION C. And from a business and innovation angle, we’d like to argue that the CUSTOMER-MADE trend, co-creating with your customers, is the most important one to watch. So here’s yet another CUSTOMER-MADE update, exactly one year after our last coverage, bringing you new insights and hands-on examples of firms already profiting from co-creating with their customers. Consider any or all of the following: Status: people love to be seen, love to show off their creative skills and thinking. Virtually every brand these days seems to be inviting their customers to contribute to their next advertising campaign. What about automotive? Check out:

Pixar’s Story Rules, Illustrated in Lego by ICanLegoThat Last year, Pixar story artist Emma Coats (@lawnrocket) tweeted 22 rules of storytelling like “give your characters opinions” and “no work is ever wasted.” Alex Eylar, aka ICanLegoThat, has illustrated twelve of those rules with Legos. He gave us the chance to premiere them at Slacktory. Michael Dunnam - 3d Environment Artist - Free Stuff XMD Brushes inShare66 New Update! Here is the second release of the XMD Dragon Brushes! Update! I just added a Dragon Brush Set! Update! For now I will be using gumroad to host my XMD brushes, along with tutorials and textures! Forums for Feedback! Polycount Zbrush Central CGSociety Game Artisans Creative Crash The Gnomon Workshop CGHub 3DTotal 3D Coat Brushes Click Here To Download! Thank you Phil Nolan for your generosity! 3d Coat Thread for troubleshooting!

Epigraphy Guide 99 Introduction to Greek and Latin epigraphy: an absolute beginners' guide Contents: Where to start? * Where to start? The prospect of finding information about a specific epigraphical topic may be daunting at first, but there are many handbooks and introductions to help you on your way. The Organization of the field From the Middle Ages onwards Greek and Latin inscriptions have been published in the accounts of travellers, who were often interested not only in inscriptions and other antiquities, but also in geography and local customs. Many museums and private collections have inscriptions in their collections of antiquities. For other museums see: Guide de l'épigraphiste,p. 128-130. Many inscriptions are now found in the context of archaeological excavations. Many inscriptions are now being published individually, or in small groups, in periodicals, sometimes in the standard classical journals (JHS, JRS, BCH for instance), sometimes in periodicals that specialise in epigraphy. • M.H. Heuristics

The State of Rendering – Part 2 In Part 1 of The State of Rendering, we looked at the latest trends in the visual effects industry including the move to physically plausible shading and lighting. Part 2 explores the major players in the current VFX and animation rendering markets and also looks at the future of rendering tech. There is more about rendering at www.fxphd.com this term. There are many renderers, of course, but we have focused below on the primary renderers that have come up during the last 18 months of writing fxguide stories. The order is not in terms of market share – in reality the 3ds Max default renderer or Mental Ray would swamp many others due to the market share of Autodesk with Max, Maya and XSI. 2. 2.1 RenderMan – Pixar fxguide will soon be publishing a piece on the 25th anniversary of RenderMan. Image courtesy of Dylan Sisson, Pixar. In those interviews and podcasts you can hear first hand about the evolution of the product and spec, but you will also hear about the leadership of Dana Batali.

Beveling - TWC Wiki From TWC Wiki You can find an up to date version of this tutorial at There is information floating around, especially of recent, about never having hard edges (except in certain cases), and instead, bevel everything. The information here is not from my own investigations, but merely what I've heard, checked, and had confirmed. [edit] How Real-Time Rendering Works In order to understand beveling, you have to understand a bit of the 3D pipeline. However, we run into two interesting scenarios; the same vertex may have two (or more) UV coordinates (such as if it lays on a seam), or two (or more) normals (if it has hard normals, separate smoothing groups, etc), even though it is, in your modeling program, the same vertex. With this in mind, let's go back to what I said about vertices as all that matters. [edit] Should I Bevel Everything? Well, no. A vertex is broken or split when it has a hard normal, or new UV coordinate. [edit] What has how much? So, to recap:

The KDU Network — Blog I was commissioned by Puma Social South-East Asia to create 4 illustrations for 4 cities: The 4 illustrations will be limited posters, given in Puma Shops. Every one is based on the same layout, including a city monogram and the main buildings. Forum Best of the Best:Away3d 4.0/Stage3D 2011 Show Reel Submissions , Sr. Member theMightyAtom - 13 September 2011 10:03 AMI’ve just updated all my demos for RC1. And would encourage others to do the same. There is surprisingly little needs doing compared to the very first release of Broomstick, which is testament to the great work the guys did on the architecture. In addition, I’ve added a couple of new ones. Yep, pretty much every time I’ve been dreading updating and having to fix loads of stuff, and every time I’ve been astounded and relieved to find that after downloading the latest flashplayer, and the latest version of away3d, it has just compiled and worked straight off. I really like those curtains, I’d love to use them for a project I’m working on… Also, with the watch demo, are you using quaternion calculations to ensure that the the rotation works as you;d expect..