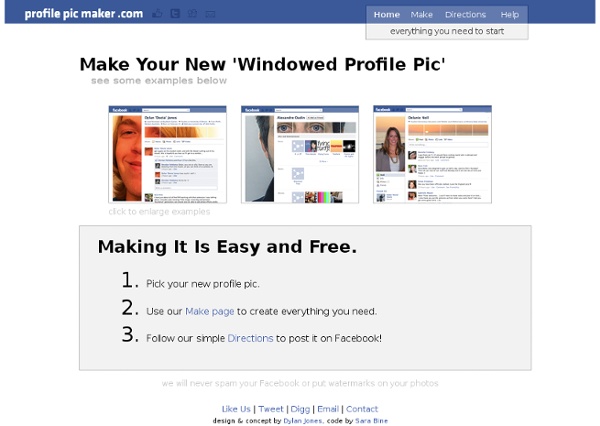 Facebook Covers! How To Make Money in Your Spare Time Doing Simple Online Tasks | Zero 2 Hero via: Lifehacker Many “online jobs” promising quick riches and little effort are really scams. While the tasks below won’t make you rich, they can earn you a little pocket money on the side—and these days that can make a big difference. Most of these online money making opportunities only require you have a computer, a decent internet connection, and some sort of marketable skill (or the ability to provide valuable consumer insight to marketers). You’ll be operating as a free agent and can choose when, where, and how much to participate. Sound too good to be true? Also beware: because specialized skills aren’t always required, you do have to be wary of scams. That out of the way, here are a few sources of legitimate online single-task jobs: Focus Group Participant: 20|20 Panel : Since 1986, 20|20 Research has been providing companies with qualitative research from focus groups. Artificial Artificial Intelligence: Amazon Mechanical Turk : Yeah, that’s a weird title.

Facebook Covers, FB Covers, Facebook Timeline Covers, Facebook Cover Images What cannabis actually does to your brain - io9 Chances are they would've ended up brainless morons with or without the pot. It's quite frankly not strong enough of a narcotic to destroy one's life such as you describe. It's very dependent on the user's persona. @Tadashii: Are you also for alcohol and tobacco prohibition? Wow- Tadashii, pot is not meth or cocaine. Yes, its a chemical that can intoxicate and has been embraced by, and been the cause of some lazy folks, underachievers, and Grateful Dead fans not amounting to much. Pot is like anything else- tobacco, alcohol, vicodin, valium, caffeine, etc. Cannabis has great promise for any treatment that requires appetite stimulant (such as cancer, HIV, etc), and has also been found to act as an anti-inflammatory or nausea reliever, Don't just stamp marijuana "evil". Do you enjoy any caffeinated sodas, cigarettes, or the occasional alcoholic beverage? Yes I am against alcohol too and I agree that it's worse than pot.

Facebook Symbols And Chat Emoticons Ramen Hacks: 30+ Easy Ways to Upgrade Your Instant Noodles SLIDESHOW: Ramen Hacks: 30+ Easy Ways to Upgrade Your Instant Noodles [Photographs: J. Kenji Lopez-Alt] Ramen in the U.S. has come a long way. Once known only in its 10-for-a-dollar instant-lunch form—a staple of offices and dorm rooms all around the '80s and '90s—high-end real ramen shops are springing up left and right on both coasts and everywhere in between. That said, my tastes have changed and expanded considerably over the years, and sometimes that little flavoring packet just isn't enough. As a card-carrying member of the Ramen Transmogrification Society of Greater New York,* it is my duty, my honor, and my privilege to share with you some of our methods and recipes. For full, step-by-step instructions on any of these dishes, please click through the slideshow above. * Our membership is pretty thin right now—care to join? Simple Add-ins Mix-ins. The easiest way to quickly upgrade a bowl of instant noodles is with ingredients that require no extra cooking. Vegetation Spinach. Eggs

Facebook Covers, Timeline Covers, Facebook Banners - myFBCovers Covers:146411 Nazi lockDownloads:128 Created:2012-02-02 Grey KingDownloads:15 Created:2012-04-23 SummerDownloads:6 Created:2012-08-29 CompassionDownloads:159 Created:2012-05-25 ConfidenceDownloads:40 Created:2012-08-09 Heineken Downloads:48 Created:2012-07-28 myFBCovers.com is your #1 source for high quality Facebook Covers! Seven Blunders of the World The Seven Social Sins, sometimes called the Seven Blunders of the World, is a list that Mohandas Karamchand Gandhi published in his weekly newspaper Young India on October 22, 1925.[1] Later, he gave this same list to his grandson Arun Gandhi, written on a piece of paper, on their final day together, shortly before his assassination.[2] The seven sins or blunders are: History and influence[edit] Mahatma Gandhi, who published the list in 1925 as a list of "Seven Social Sins" (1940s photo) The list was first published by Mohandas Karamchand Gandhi in his weekly newspaper Young India on October 22, 1925.[1] Gandhi wrote that a correspondent who he called a "fair friend" had sent the list: "The... fair friend wants readers of Young India to know, if they do not already, the following seven social sins,"[1] (the list was then provided). In the decades since its first publication, the list has been widely cited and/or discussed. Easwaran, Eknath (1989). Gomes, Peter J. (2007). See also[edit]

Lost & Found: Comfy Chair Cushioned with Built-In Storage | Designs &am... Lighters, keys, coins … cushioned chairs and couches are notorious for nomming all kinds of things that slip out of our pockets or otherwise get left behind and slide into the cracks. This design simply celebrates that existing phenomena, like a giant-sized pin cushion. It may come as no surprised that this clever-but-boxy furniture piece was developed by architectural designers (of Daisuke Motogi Architecture), who have a knack for exposing and expanding uses for classic furnishing types. Pixel-like pads cover the entire surface of the seat both inside and out, forming slots in which one can accidentally drop a small item or intentionally stick a book, magazine, remote and more. Cleaning this piece would not be trivial, but for those who enjoy the occasional boredom-induced, couch-cushion treasure hunt, who knows what you might find that you or someone else left behind.