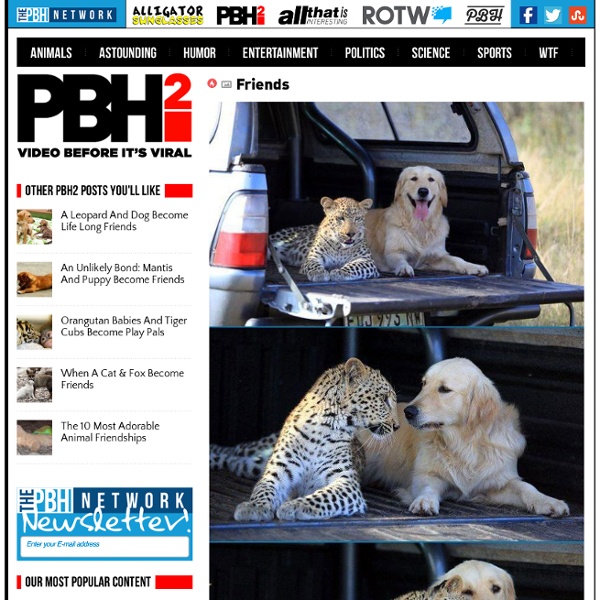 Amur Leopard Amur Leopard Photo Julie Larsen Maher ©WCS Leopards are highly adaptable cats, and all nine subspecies of leopard were once common throughout most of Africa and Asia. Earth from Above a collection of aerial photography... - justpaste.it - StumbleUpon "Earth From Above" is the result of the aerial photographer Yann Arthus-Bertrand's five-year airborne odyssey across six continents. It's a spectacular presentation of large scale photographs of astonishing natural landscapes. Every stunning aerial photograph tells a story about our changing planet.

100,000 LED Become Fake Fireflies On Tokyo's Sumida River Maybe it’s just us, but it feels as if bioluminescence is having a bit of a moment right now. A few months ago everyone was all a-flutter about these awesome long exposure photos of fireflies, we marveled at an interactive jellyfish installation in Vancouver and the American Natural History Museum has an exhibition on view dedicated to these creatures of light. Last weekend, at the inaugural Tokyo Hotaru festival, some 100,000 LED lights did their best firefly impersonation as they floated down the Sumida River. Leopard of Gummalapur First hunt for the leopard[edit] Kenneth Anderson arrived at Gummalapur at the request of the District Magistrate in order to rid the area of the leopard. Anderson received no help from the villagers, who believed that any attempt in assisting him would bring about the wrath of the leopard.

Crystal River - The most beautiful river on earth [Pics] - StumbleUpon Cano Cristales - Crystal River. River of five colors, as the locals call it, originates in the south of the mountain chain Macarena, Colombia, and flows eastward to its confluence with the Guayabero river. In the Cano Cristales found five colors: yellow, blue, green, black and red. All of them are waste product of many algae and, depending on time of year, color saturation, or weakened or strengthened. Share on Tumblr Incredible macro-photography of people's eyes - Lost At E Minor: For creative people He received a PhD in Theoretical Physics from Yerevan State University in 2001 for research in the field of Quantum Chaos and investigations in the field of Quantum Technologies. Yet, Suren Manvelyan is probably best known for his stunning macro-photography. Especially popular is his series of close-ups of human eyes called Your Beautiful Eyes.

Some Bizzare and Odd things around us… Beauty of the nature lies in viewer’s eyes. A photograph is just a way to show or represent that beauty. Here is a bunch of some wonderful pictures which are not only the example of beautiful photography but are also a photograph of some miracles happening in the world. You can also call it the creativity and innovation of photographer’s mind.