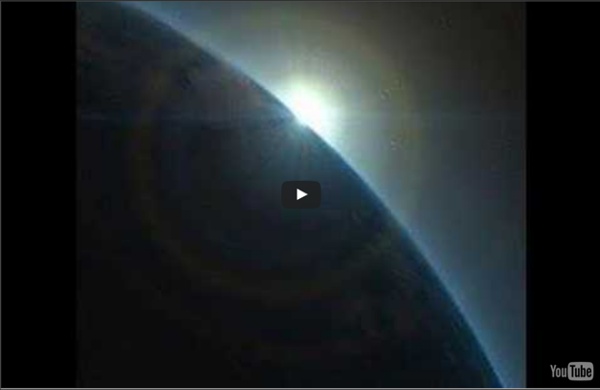 Virtual Moon Atlas Now used by more than 750 000 persons all over the world. Used in several books, magazines, observatories, universities, Web sites and blogs. Used in Chandrayaan 1 lunar mission preparation. Recommanded by the European Space Agency (ESA) and the french Ministry of National Education Free software for Moon observation or survey For Windows 2000/XP/Vista/Seven/Windows 8 PC/Windows Mobile/MacOS/Linux © News November 2012 : New "Pro 6.0 / 10 th anniversary" version During 2002 first version of VMA was released. And this year it was evident that we have to dedicate this new version to Neil A. NEW MODULES : New "VMA Command Center" : Because of the increasing modules numbers, VMA starts now with a “Command Center” allowing you to access directly to the various modules and associated documentations. The "Chang'e 2" texture : The chinese probe Chang'e 2 has mapped the lunar surface lunaire with a 50 m precision. How to support our action ? Christian Legrand et Patrick Chevalley Program description

Creativity and Learning: A Conversation with Lynda Barry - Today's talk is actually going to focus on the importance of the arts, and how it fosters empathy, and I don't have a formal bio written, a lot of you here are her fans and that's why you're here, she's not only a cartoonist, a renowned cartoonist, but she's written a lot of books about creativity and, initiated a lot of processes that help people unlock their creativity and their voice, finding their artistic voice, so it's really an honor to have you here, Lynda, do come up, and give Lynda a big welcome! (laughs) So, for people who are not going to get to your lecture tonight, and I assume that a few of you are here, can you give us a really short synopsis of what you are going to talk about there? Now she's 40, too freaked out to draw, nobody's worried at all. - And you were talking to me about the importance of doodling, can you describe how you see the effect of being more connected with your artistic side and what impact that would have if we were better connected? Computers!

List of emoticons A simple smiley This is a list of notable and commonly used emoticons or textual portrayals of a writer's mood or facial expression in the form of icons. The Western use of emoticons is quite different from Eastern usage, and Internet forums, such as 2channel, typically show expressions in their own ways. In recent times, graphic representations, both static and animated, have taken the place of traditional emoticons in the form of icons. Emoticons can generally be divided into two groups: Western or Horizontal (mainly from America and Europe), and Eastern or Vertical (mainly from east Asia). Western The emoticon in Western style is written most often from left to right as though the head is rotated counter-clockwise 90 degrees. Eastern Eastern emoticons generally are not rotated, and may include non-Latin characters to allow for additional complexity. Unicode characters References

Community College Consortium for Open Educational Resources NexStar Resource Site - Celestron NexStar Telescopes CRISPR Targets Cancer in First Human Trial — What You Need to Know It’s happening: as early as later this year, the gene-editing power tool CRISPR could be used in its first ever human trial. On Tuesday June 21, an advisory panel from the National Institute of Health (NIH) green lighted a proposal to use the game changing technique to tackle three different kinds of cancer. Scientists at the University of Pennsylvania (UPenn), who are spearheading the small trial, hope to use the technique to edit genes in a patient’s own immune cells, reprogramming them to recognize and attack cancer at the first signs of growth. In an eyebrow-raising twist, the trial is funded by former Facebook president Sean Parker. Earlier this year, Parker announced a $250 million foundation aimed at uniting immunotherapy researchers to “solve cancer.” But it’s not yet all systems go. The news has taken the scientific community by storm. The trial is designed to test whether CRISPR is safe to use in humans, rather than its effectiveness for treating cancer per se. The Science

Symbol Signs — AIGA | the professional association for design The complete set of 50 passenger/pedestrian symbols developed by AIGA is available for all to use, free of charge. Signs are available here in EPS and GIF formats. Additional symbol signs are available free of charge at The Noun Project. Download the complete set of Symbol Signs (ZIP archive, 377 KB) About the symbol signs This system of 50 symbol signs was designed for use at the crossroads of modern life: in airports and other transportation hubs and at large international events. Prior to this effort, numerous international, national and local organizations had devised symbols to guide passengers and pedestrians through transportation facilities and other sites of international exchange. To develop such a system, AIGA and DOT. compiled an inventory of symbol systems that had been used in various locations worldwide, from airports and train stations to the Olympic Games. AIGA Signs and Symbols Committee members: Thomas Geismar Seymour Chwast Rudolph de Harak John Lees Massimo Vignelli

Compilation on Macosx - Stellarium This document describes how to build Stellarium from sources on Mac OS X. This process ought to improve over time. The set of instructions was written for the 0.13.0 release and using an Intel machine with Mountain Lion (10.8) or later, including Mavericks (10.9.2 at the moment). Prepare Mac OS X to build Stellarium Note: if you need an universal binary, see section Compiling dependencies to build an universal binary below. Install the latest version of Apple's Developer Tools: Install the latest stable version of Qt5 from the dmg (5.2.1 at the moment): (direct download) Install macports: Install cmake using macports: $ sudo port install cmake Install bazaar using macports: $ sudo port install bzr Add Qt5 to your PATH environment variable, adding to your .bash_profile file the following line: export PATH=~/Qt5.2.1/5.2.1/clang_64/bin:$PATH Building Stellarium itself a.