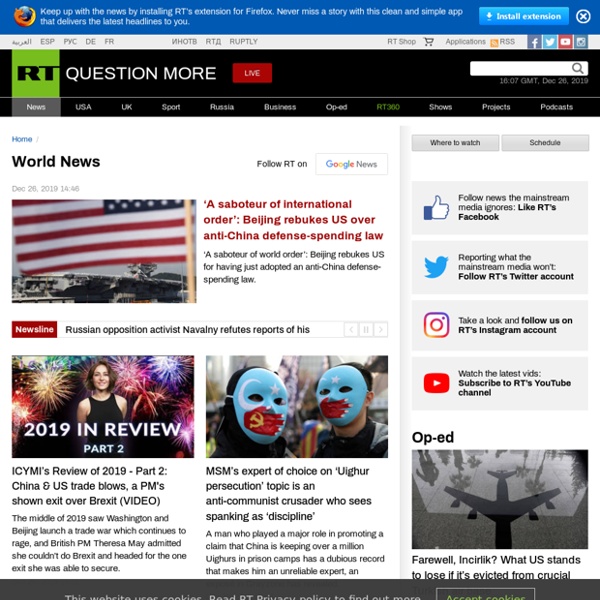 Huge rally expected in Germany against TTIP Hundreds of thousands of people are expected to take part in protest rallies across Germany to oppose a huge transatlantic trade deal between the US and the European Union (EU), amid a push by Washington to have the deal concluded by next January. “We hope that more than 250,000 participants will join in the march nationwide” on Saturday, said Roland Suess of the anti-globalization group Attac. The protest action is scheduled to take place in seven German cities, including the country’s capital, Berlin, and its economic hub, Frankfurt. The US and the EU started discussions on the so-called Transatlantic Trade and Investment Partnership (TTIP) in 2013, intent on establishing the world’s largest free trade market of some 850 million consumers. A new round of talks is due to begin in October as US President Barack Obama wants to have the pact finalized before he leaves office in January. European governments are also divided over the planned trade deal.

BBC News ‘Copyright not divine right’: Indian court defends photocopying of university textbooks The High Court of Delhi has made education easier for students by granting Delhi University the right to photocopy entire textbooks from major publishers, stating that copyright is not a “divine, or natural right.” At the heart of this is the principle that libraries on campus already allow for slow and tedious photocopying of pages when a student is in need of a few lines for particular assignments or the week’s required reading. So why shouldn’t the process be made more convenient? On Friday, therefore, the Indian court upheld the decision to allow campus photocopy shops, along with the Delhi University library, to photocopy entire books. The Chief Justice held that this is permissible under Section of 52 of the Copyright Act. This was outlined in a 94-page document, the Times of India reports. Read more DU’s apparent disregard of copyright law angered Oxford University Press and Cambridge University Press (and probably delighted anyone who has ever had to buy textbooks).

CBS News Tens of thousands protest in Europe against Atlantic free trade deals By Michael Nienaber BERLIN (Reuters) - Tens of thousands of people protested in European cities on Saturday against planned free trade deals with the United States and Canada they say would undermine democracy and lower food safety, environmental and labor standards. Organizers -- an alliance of environmental groups, labor unions and opposition parties -- said 320,000 people took part in rallies in seven German cities, including Berlin, Hamburg, Munich and Frankfurt. Police put the figure at around 180,000. Smaller protests were also planned in other European cities, including Vienna and Salzburg in Austria and Gothenburg and Stockholm in Sweden. In Berlin, demonstrators waved banners reading "STOPP CETA - STOPP TTIP", another placard said "People over profits". EU Trade Commissioner Cecilia Malmstrom defended the planned trade deals and accused the opponents of deliberately heating up the debate with "horror stories and lies". "Europe still is the biggest trading region in the world.

Washington Post 2 cops shot, suspect and bystander killed in West Philly rampage A gunman ambushed a Philadelphia police sergeant late Friday night in West Philadelphia, firing more than a dozen rounds before taking off, and then shot four civilians and a University of Pennsylvania police officer during his flight before he was finally cornered and killed by police. Philadelphia Police Commissioner Richard Ross identified the gunman Saturday as 25-year-old Nicholas Glenn, of West Philadelphia. The shooting rampage started about 11:18 p.m. when Glenn walked up to a marked police cruiser at 52nd and Sansom Streets and just began firing, police said. Sgt. She and another officer, who was later shot - Penn officer Eddie Miller, 56, a former Philadelphia police sergeant who joined Penn's force two years ago - were both in stable condition Saturday at Penn Presbyterian Medical Center. One of the four civilians who was shot, a 25-year-old woman who was sitting in a car at 49th and Sansom Streets, died. "A horrific night," Ross said. At 11:18 p.m., Sgt.

‘Paris ignoring violent protests, ramming through labor reform without parliament vote' — RT Op-Edge The fact that the French government is willing to accept violence shows that Paris has an agenda to fulfill for the EU, Nikola Mirkovic, independent political analyst, told RT. Activist George Bardas also provided his thoughts. A large number of French unions held protest against labor reforms in Paris on Thursday. Demonstrators had clashes with riot police throwing fire bombs and setting rubbish ablaze. Officers in turn, unleashed tear gas on the activists. Opponents of the reform say it is skewed in favor of employers, while the government says it will boost jobs. RT: What is it that the protesters hate so much about this law? Nikola Mircovic: Well, the protesters detest it because it is a false answer, and many people in France know that it is a false answer to the strong unemployment problem that is going on here. Read more RT: The labor reform was forced through the parliament this summer, with the government using an emergency power to do that. NM: Definitely.

Inflation nation: Healthcare, housing costs on the rise as anticipated Fed interest rate hike nears — RT America If August felt like a tough month, you’re not alone. Rapid inflation marked a 32-year high in healthcare costs, as well as an uptick in rent prices. The Federal Reserve has the option to increase interest rates, but will it help consumers? In the US, the cost of living often correlates with gas prices. Typically, when gas prices are low, it’s cheaper to ship products, and the prices of those products should reflect the decreased shipping costs. However, that’s not always what happens. The report, released Friday, had some good news, such as the fact that the prices of food have not risen in the past year. Healthcare costs increased by 1 percent last month, with costs of hospital services going up 1.7 percent and prescription medicine prices increasing 1.3 percent. "The bulk of the increase was among the population with preexisting conditions, which has significantly boosted costs for all,” Jay Morelock, an economist at FTN Financial in New York, told Reuters.