Holographic Universe (Part 1 of 5 ) its all illusion. 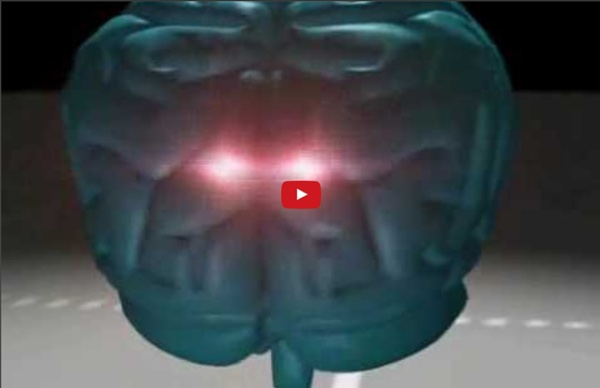 Heart of Hinduism: Doctrine: Sankhya and Yoga Kapila, who founded the school of Sankya. Some Hindus claim there were two Kapilas, teaching theistic and atheistic versions of this doctrine. Sankhya, derived from the word meaning "to count," is a philosophical system of analysing matter established by Kapila. As theistic schools evolved, they added a 26th element, the paramapurusha or God (purusha and paramapurusha are here synonymous with atman and paramatman). Patanjali-yoga, also called raja- or astanga-yoga, is intimately linked with Sankhya, its "sister" darshan. Although popular hatha-yoga is related to astanga-yoga, particularly the third stage, the exercises in Patanjali's system are designed not for physical health but simply to facilitate meditation and self-realisation. The 24 Elements of Sankhya Philosophy The pradhana is the unmanifest three modes of nature (goodness, passion and ignorance). Pradhana False-ego Intelligence Mind Five gross elements Ether Air Fire Water Earth Five sense objects Sound Touch Sight Taste Smell

Ajit Vadakayil: BEEJ MANTRA , ANUSWARAM NASAL SOUND , PRIMORDIAL LONGITUDINAL WAVE SOUND FREQUENCY – CAPT AJIT VADAKAYIL The sign of OM is the sign of Hinduism. It is the first and foremost of all mantras. Mantra is the sound body of consciousness. The frequency of OM is 7.83 Hz , which in inaudible to the ear, as the human ear of a 2 strand DNA human being like you and me , cannot discern sounds of frequency less than 20 hertz. Ohm- 7.83 Hz Gam - 14 Hz Hleem - 20 Hz Hreem - 26 Hz Kleem - 33 Hz Krowm - 39 Hz Sreem - 45 Hz All these harmonics are part of Beej mantras. OM has been lifted by other religions as AMEN, 786 ( OM symbol shown in mirror ), SHALOM, OMKAR etc- but they do NOT work. Shri Navgraha Strota: जपाकुसुमसंकाशंकाश्यपेयंमहद्युतिम् तमोऽरिM सर्वपापघ्नंप्रणतोऽस्मिदिवाकरम् | I bow to Surya, who shines like JapaKusuma flower, who is son of Kasyapa, who is resplendent, who is enemy of darkness n who destroys all sins. दधिशण^खतुषाराभंक्शीरोदार्णवसंभवम् नमामिशशिनंसोमंशम्भोर्मुकुटभूषणम् | I bow to Soma, whose colour is white like yogurt, conch n snow; who rose from Ksheasagar and who adorns the head of Lord Siva. Rahu

Take 2 Steps Toward Pineal Gland (Third Eye) Activation The third eye, the gate way to higher levels of consciousness, is scientifically known as the pineal gland. The pea sized and pine cone shaped gland is located at eye level in the center of the brain. The pineal gland produces and secretes melatonin, as well as Dimethyltryptamine (DMT). These 2 steps you can take today won’t require fasting, yay! Alkalinity is a main factor when achieving decalcification and activation of the pineal gland. This is because the pineal gland is not isolated from the body in the blood-brain barrier system. When the pineal gland is active there is a pressure at the base of the brain and the forehead. Step 1: EliminationTo fully activate the pineal gland all acid forming foods and drinks need to be eliminated. This list of foods is highly acidic and should be avoided when concentrating on pineal gland decalcification and activation. Keep in mind that this is a lifestyle change that takes inspired action for a successful transition.

Human: The Incredible Documentary That Will Change The Way You Look At Yourself “To succeed in your professional life isn’t that hard, but to succeed in your personal life is a lot harder. To really be a human is a lot harder. We forget about that.” – Yann Arthus-Bertand, director of the film Human Sometimes there comes along a documentary that is so profound, so moving, that you want to shout out to the whole world that they must see it. Just-released Human is one of those unforgettable documentaries that has the power to change an enormous amount of people. It may even have the ability to change how governments treat their citizens. Directed by French born Yann Arthus-Bertand, a well-known and incredible photographer, journalist, and reporter (as well as an avid environmentalist), Human is a stunning visual feast for the eyes and has a powerful impact on the soul. They asked questions like: “What is the toughest trial you have faced? “When was the last time you said ‘I love you’ to your parents?” “What was it like growing up in your country?” Countless Moving Moments

Creating hallucinations without drugs is surprisingly easy The human brain is a remarkable thing. It can do things our primate relatives are thousands - maybe even millions - of years of evolution away from, and our most complex machines are not even close to competing with our powers of higher consciousness and ingenuity. And yet, those 100 billion or so neurons are also incredibly fragile. And no, we're not talking about taking a bunch of drugs to make yourself hallucinate. As the guys in the Scam School video above demonstrate, if you create a situation of intense sensory deprivation using some common household objects, you can induce some really strong hallucinations that mess with both your sense of sight and sound. You're gonna need: Sheets of light, white paperCotton paddingRubber bandsStationary, including scissors, tape, a stapler, and stringA YouTube video of old television white noise or static that runs uninterrupted for at least 30 minutesNoise-cancelling headphones Sounds like bullshit?

Manifesting with the Law of Attraction - Page 2 of 2 When we are in a state of bliss and peacefulness and offering gratitude daily, these feelings and emotions flow back to us effortlessly with ease. On the other hand, when we feel sad and lonely, these same feelings continue to swirl and twirl around us leaving us in this same state. You can feel the energy of possibility coming in, and it is going strong. It feels fresh and exuberant. This wave of energy is assisting each one of us in rapidly manifesting what we desire through the Law of Attraction. An Intuitive Medium, Reiki Master and Spiritual Teacher, Shelly Wilson would love to assist you on your spiritual journey. It's Good Karma to Share:

Our Galaxy Awakens! (And Science Confirms It) By Zen Gardner Contributing Writer for Wake Up World If anyone needs a confirmation of this energetic change we’re experiencing as well as expecting more of, scientists have just confirmed it. “Three orbiting X-ray space telescopes have detected an increased rate of X-ray flares from the usually quiet giant black hole at the center of our Milky Way galaxy after new long-term monitoring. “By combining information from long monitoring campaigns by NASA’s Chandra X-ray Observatory and ESA’s XMM-Newton, with observations by the Swift satellite, astronomers were able to carefully trace the activity of the Milky Way’s supermassive black hole over the last 15 years. “The new study reveals that Sagittarius A* (Sgr A* for short) has been producing one bright X-ray flare about every ten days. “For several years, we’ve been tracking the X-ray emission from Sgr A*. “Originally, astronomers thought G2 was an extended cloud of gas and dust. A Cloaked Star? The Wave, CERN and Geoengineering Surf’s Up!

The Science Behind How Our Auras Affect The Matter Around Us An aura is an energy field that envelops all living things. It is a fact that living beings emit energy in the forms of heat, light and radiation. Although not visible to everyone, there is evidence that auras are visible to some, particularly those involved in the holistic healing arts, which are backed by generations of ancestral tradition. If you are skeptical, and have never seen an aura, then you are not alone. However, there are steps you can take to attempt to see them if you are interested. For one, the subject should be in front of a light, solid-colored background. Keep the gaze soft and focused for about a minute, and make sure you concentrate. There is also the Kirlian technique, which is a type of aura photography that has been practiced for half a century. Korotkov has studied the human energy field, and has come to the conclusion that a person can harness this energy in conjunction with positive thought for healing of the self, others and the world.