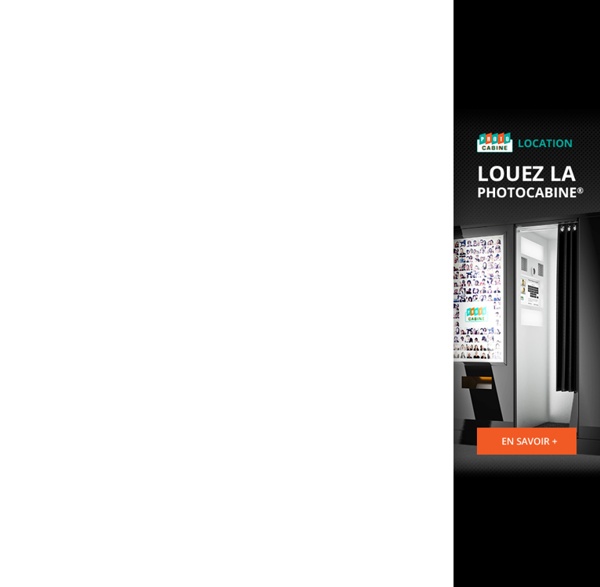 Create paintings from photos Did you ever wanted to be a great artist? But unfortunately you are really bad at it? Well that's ok because now with Psykopaint you can be a great artist with no skills. la nuit je mens. Hey, what a fantastic question! Everyone knows that animals experience time to some extent—I know my dog always seem to know when it’s time for dinner—but it’s thought that animals’ memories aren’t tied to the passing of time like human memories are. Humans live life linearly, and our ability to remember the order of past events and predict future events plays a large role in our perception of time. Animals, on the other hand, are believed to have a less “episodic” view of time, and live more in the moment. Human time doesn’t have a lot of significance to animals, because they have no needs for clocks and hours and seconds, so it’s important to think about time in a different way.

5 Tools to Download any Book from Google and save it as PDF Google Book Search is a tool from Google that searches the full text of books that Google scans, converts to text using optical character recognition, and stores in its digital database. Many popular books are available with Google Book. The books available can be read online only and cannot be downloaded for later use. You can download certain books as pdf that allows public-domain works and are free from copyright protection.

Sixty Years Of Memories For my dad's 60th birthday last week, I wanted to do something really fun. My dad and I talk a lot about the past---nostalgia runs in our blood, I think---and we both love to reminisce. Inspired by Jordan Ferney's Postcard Birthday Poster, I started batting around an idea: what if I could get everyone from my dad's past to contribute a memory they had of him? What if I had all those people send their memories to me, and then I put each one into an envelope---sixty total, of course---and had him open them, one by one, on his birthday? That would be a lot of memories, right? So I wrote an email. Cool Gifts for Guys, Best Gift Ideas for Guys login 0 items 888.365.0056 . live chat wish list & registry. check order status Find the best gift ideas for men, women and kids at UncommonGoods.

Postcard Birthday Poster DIY May 26 This project is part of a campaign I’m doing with Yahoo! Mail on different ways to keep in touch with family and friends. 6 Insane Coincidences You Won't Believe Actually Happened America's Freak Luck During the Battle of Midway The Battle of Midway may be remembered as one of the most spectacular naval battles in history and one of the huge turning points in the Pacific theater, but it started out as a pure clusterfuck for the Americans. Despite going into battle with most of Japan's game plan in their pocket thanks to American codebreakers/Bothan spies, the U.S. Navy had little to show for it in the early hours of June 4, 1942. Just about every aircraft that took on the Japanese that day was destroyed, and all without delivering any serious damage.

typing lessons This is keybr.com, a web application that will help you teach touch typing. Touch typing is typing without using the sense of sight to find the keys. A person possessing touch typing skills will know their location on the keyboard through muscle memory. It can improve any individual's typing speed and accuracy dramatically.

If children’s drawings were made into toys… Email There is a studio which creates soft toys based on children’s drawings that their parents send in. Once completed, parents can buy these toys for their children, which I think is a very interesting concept and business model. But what is more interesting is seeing these weird creatures that come “alive” as toys. Leave your comment! You might also like these posts on other blogs: Help Remedies I don't know what the back of my head looks like I don't know who wrote Poor Richard's Almanack/what time it is I need to buy a gift for someone Maximum PC Shape the Hive What are humans, really, but so many bees, buzzing away? That’s the question (we think) asked by Shape The Hive, a visual “experiment in digital collaboration.” In more concrete terms, Shape The Hive is a massive, color-coded hex grid, where anyone can use a sort of virtual kaleidoscope to fill in hexes with distorted images or videos. It’s fun to have a look around, and easy if you’re inclined to participate, so have a look. Get The Glass