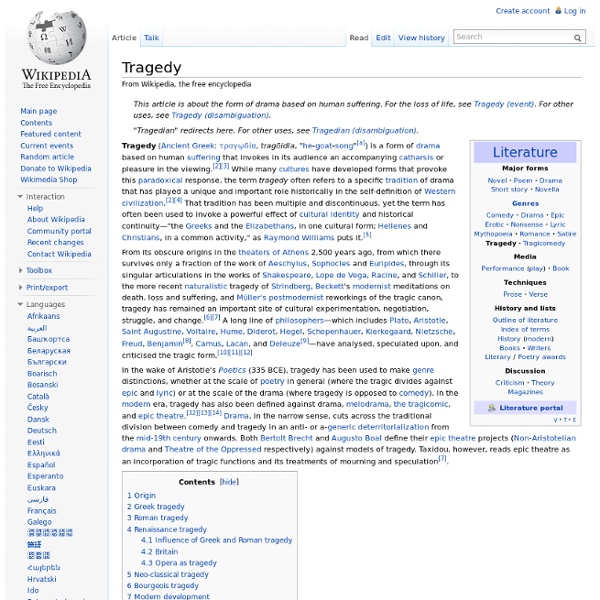 Summary of Macbeth On a lonely heath in Scotland, three weird witches sing their riddling runes and say that soon they will meet Macbeth. Macbeth, the noble thane of Glamis, had recently been victorious in a great battle against Vikings and Scottish rebels. For his brave deeds, King Duncan decides to confer upon him the lands of the rebellious thane of Cawdor. On his way to see the king, Macbeth and his friend, Banquo, meet the three witches on the dark moor. The wild and frightful women greet Macbeth by first calling him thane of Glamis, then thane of Cawdor, and finally, king of Scotland. Finally, they prophesy that Banquo’s heirs will reign in Scotland in years to come. Macbeth thinks very little about the strange prophecy until he meets one of Duncan’s messengers, who tells him that he is now thane of Cawdor. Duncan is a kind, majestic, gentle, and strong ruler; Macbeth is fond of him. That night there is much feasting in the castle. Before long, Lady Macbeth’s strong will breaks as well.

Tragedy of Macbeth Lord Macbeth is the title character and protagonist of William Shakespeare's Macbeth (c. 1603–1607). The character is based on the historical king Macbeth of Scotland, and is derived largely from the account in Holinshed's Chronicles (1587), a history of Britain. Shakespeare's version of Macbeth is based upon Macbeth of Scotland, as found in the narratives of the Kings Duff and Duncan in Holinshed's Chronicles (1587).[1] Lord Macbeth is Thane of Glamis, later Thane of Cawdor, and then King of Scotland. The tragedy begins amid a bloody civil war when Macbeth is first introduced by a wounded soldier, who gives a colourful and extensive exaltation of Macbeth’s prowess and valour in battle. When the battle is won, largely due to Macbeth and his lieutenant, Banquo, King Duncan honours his generals with high praise and rewards Macbeth with the title of Thane of Cawdor. At home with his wife, Macbeth displays another dimension to his character. Macbeth: Full-text online

Tragedy of Banqou Source[edit] Macbeth and Banquo meeting the witches in a woodcut from Holinshed's Chronicles Shakespeare often used Raphael Holinshed's Chronicles of England, Scotland, and Ireland—commonly known as Holinshed's Chronicles—as a source for his plays, and in Macbeth he borrows from several of the tales in that work.[1] Holinshed portrays Banquo as an historical figure: he is an accomplice in Mac Bethad mac Findlaích's (Macbeth's) murder of Donnchad mac Crínáin (King Duncan) and plays an important part in ensuring that Macbeth, not Máel Coluim mac Donnchada (Malcolm), takes the throne in the coup that follows.[2] Holinshed in turn used an earlier work, the Scotorum Historiae (1526–7) by Hector Boece, as his source. Unlike his sources, Shakespeare gives Banquo no role in the King's murder, making it a deed committed solely by Macbeth and his wife. Role in the play[edit] Banquo is in a third of the play's scenes, as both a human and a ghost. Analysis[edit] Foil to Macbeth[edit] Ghost scenes[edit]

Tragedy of King Duncan Analysis[edit] King Duncan is a father-figure who is generous but firm ("No more that Thane of Cawdor shall deceive / Our bosom interest. Go pronounce his present death / And with his former title greet Macbeth. Film and television performances[edit] Film[edit] In Orson Welles' 1948 film adaptation of Macbeth, the role of King Duncan is reduced. 1.2 is cut entirely as well as generous portions of 1.4. Television[edit] References[edit] Bibliography[edit] Bevington, David, ed., and William Shakespeare.

Tragedy of Macduff The character is first known from Chronica Gentis Scotorum (late 14th century) and Orygynale Cronykil of Scotland (early 15th century). Shakespeare drew mostly from Holinshed's Chronicles (1587). Although characterized sporadically throughout the play, Macduff serves as a foil to Macbeth, a figure of morality, and an instrument to the play’s desired excision of femininity. The overall plot that would serve as the basis for Macbeth is first seen in the writings of two chroniclers of Scottish history, John of Fordun, whose prose Chronica Gentis Scotorum was begun about 1363 and Andrew of Wyntoun's Scots verse Orygynale Cronykil of Scotland, written no earlier than 1420. These served as the basis for the account given in Holinshed's Chronicles (1587), on whose narratives of King Duff and King Duncan Shakespeare in part based Macbeth. Macduff first appears in Holinshed's narrative of King Duncan after Macbeth has killed the monarch and reigned as King of Scotland for 10 years.

Tragedy of Lady Macduff Origin[edit] Macduff and Lady Macduff appear in both Raphael Holinshed’s Chronicles (1577) and Hector Boece’s Scotorum Historiæ (1526).[1] Holinshed’s Chronicles was Shakespeare’s main source for Macbeth, though he diverged from the Chronicles significantly by delaying Macduff’s knowledge of his wife’s murder until his arrival in England. The latter part of Act IV Scene III is “wholly of Shakespeare’s invention.”[2] Role[edit] In Act IV Scene II, Lady Macduff appears alongside the thane of Ross and her unnamed son. Analysis of Lady Macduff[edit] Lady Macduff’s entire portrait as a character is painted in this one scene, though it is clear through her actions that she is a fiercely protective mother and a woman who is not afraid to speak out against others. Lady Macduff challenges her husband’s actions, questioning, “What had he done to make him fly the land?” Lady Macduff and Lady Macbeth[edit] Performance history[edit] References[edit] Jump up ^ Davis, J. External links[edit]

Macbeth: Important Quotations Explained The raven himself is hoarse That croaks the fatal entrance of Duncan Under my battlements. Come, you spirits That tend on mortal thoughts, unsex me here, And fill me from the crown to the toe top-full Of direst cruelty. Make thick my blood, Stop up th’access and passage to remorse, That no compunctious visitings of nature Shake my fell purpose, nor keep peace between Th’ effect and it. Come to my woman’s breasts, And take my milk for gall, you murd’ring ministers, Wherever in your sightless substances You wait on nature’s mischief. Come, thick night, And pall thee in the dunnest smoke of hell, That my keen knife see not the wound it makes, Nor heaven peep through the blanket of the dark, To cry ‘Hold, hold!’ Lady Macbeth speaks these words in Act 1, scene 5, lines 36–52, as she awaits the arrival of King Duncan at her castle. If it were done when ’tis done, then ’twere well It were done quickly. Whence is that knocking? Macbeth says this in Act 2, scene 2, lines 55–61.

Tragedy of Donaldbain He is based upon a personage in an account of King Duncan in Holinshed's Chronicles, a history of Britain familiar to Shakespeare.[1] He is ultimately based on the historical King Donald III of Scotland. In the original text of the First Folio his name is spelled Donalbaine, it is sometimes spelled Donaldbain. Shakespeare's Donalbain is based upon 'Donald Bane' in the account of King Duncan from Holinshed's Chronicles (1587). Historically, Donalbain (Donald Ban/Donald the Fair)seized the Scottish throne after the death of Malcolm and reigned off and on for a few years but was ultimately succeeded by Malcolm's son Edgar. Donalbain appears in a few early scenes in the play as a silent member of his father's entourage. ^ Jump up to: a b Bevington, David.

tragedy of Malcom Malcolm's Kingdom did not extend over the full territory of modern Scotland: the north and west of Scotland remained in Scandinavian, Norse-Gael and Gaelic control, and the areas under the control of the Kings of Scots did not advance much beyond the limits set by Malcolm II (Máel Coluim mac Cináeda) until the 12th century. Malcolm III fought a succession of wars against the Kingdom of England, which may have had as their goal the conquest of the English earldom of Northumbria. These wars did not result in any significant advances southwards. Malcolm's main achievement is to have continued a line which would rule Scotland for many years,[6] although his role as "founder of a dynasty" has more to do with the propaganda of his youngest son David, and his descendants, than with any historical reality.[7] Malcolm's second wife, Margaret of Wessex, was later beatified and is Scotland's only royal saint. Background[edit] Malcolm and Ingibiorg[edit] Malcolm and Margaret[edit]