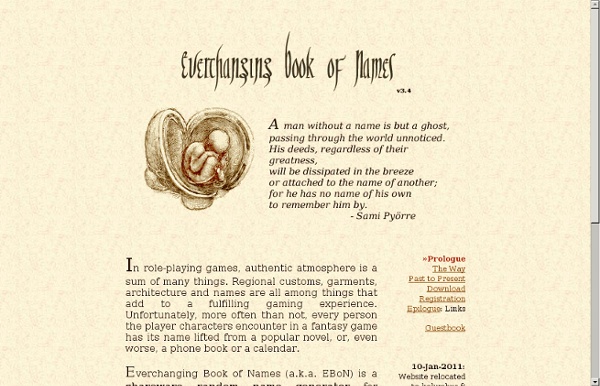 Inspiration Pad Online The Domesday Book - Medieval Demographics Made Easy The Domesday Book Penned by Brandon Blackmoor, based on Medieval Demographics Made Easy by S. John Ross Here is subscribed the inquisition of lands as the barons of the king have made inquiry into them... <p>Forsooth, thy browser is truly antiquated! Thou canst not access this web site with a browser such as thine. Land Mass The population density of , due to factors such as climate, geography, and political environment, is persons per km2 . occupies km2 ( hexes, each km across and roughly km2 in area). Population 's population is approximately persons. residents are isolated or itinerant. residents live in villages. residents live in towns. residents live in cities. residents live in big cities. The average distance between villages is km. supports Universities. supports head of livestock: fowl (e.g. chickens, geese, ducks). dairy and meat animals (e.g. cows, goats, pigs, sheep). Large population centers of any scale are the result of traffic. Castles and Fortifications Towns and Cities

Chaotic Shiny - RPG-Related Generators Main Page - Abulafia Random Generators GIMP - hexGIMP hexGIMP This script creates a set of layers and an image grid suitable for making TSR-style wilderness hex maps. The brushes included in the distribution were derived from hex art copyright Thorfinn Tait, used with permission (see his site at thorf.co.uk ). The interface is simple: tiles are placed by selecting a terrain or city brush and clicking inside hexes, and rivers, roads, and political borders are drawn by hand. An image grid makes tile placement easy, and multiple layers keep everything separated for ease of editing and to ensure correct appearance (for example, roads will automatically go under hex grid lines and over rivers). hexGIMP is compatible with wildgen , my online random wilderness hex map generator; maps generated with the "no grid" option may be copied and pasted onto the terrain layer and then edited. See the README file in the .zip for installation and usage instructions. An image created with hexGIMP hexGIMP 0.0.5 (now with optional numbered hexes).

Encounter-a-Day » Adventures If I Knew You Were Coming I’d Have Baked a Cake! Posted in Adventures on January 7th, 2009 | 2 Comments » Tags: Magic, Military Villages and cities are being razed over night with no warning. The few survivors speak of an entire army appearing from nowhere, blind-siding the city’s defenders. The army in question could be traveling through the underdark, emerging from caves near their intended targets. Not Quite Deus Ex Machina Posted in Adventures on January 5th, 2009 | 2 Comments » Tags: The next time your PCs find themselves captured, whether being held for ransom or awaiting their doom in a James Bond-esque death trap, consider taking a quick break from the main campaign. Understanding the Threat… Posted in Adventures on August 18th, 2008 | 5 Comments » Tags: Rural, Slivers When some strange new creatures appear on the fringes of civilization, the kingdom is at a loss for what to do. Welcome to the Jungle Cleaning House Finders, Keepers The family that slays together…