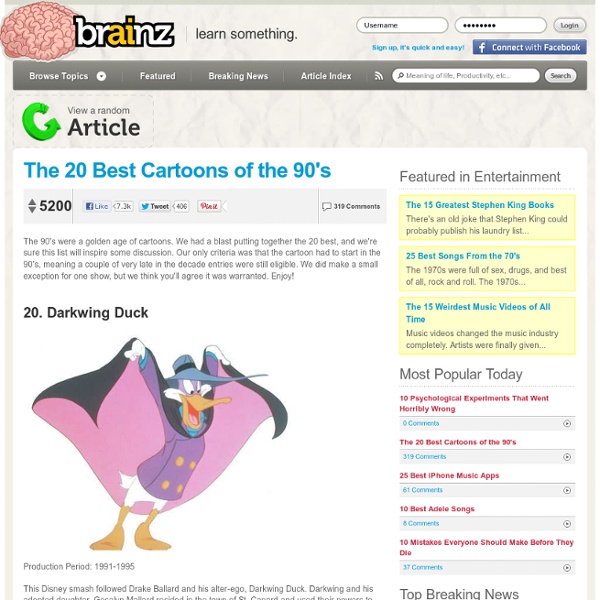 ROCKO How Much Is A Petabyte? We store a lot of data here at Mozy (15+ petabytes, in fact), but how much is that really? We put together this series of stats to help you understand just how much data that really is. Enjoy! (Update: since this infographic was originally published, Mozy has grown to store more than 90 petabytes. 100 Free Foreign Language Classes Online March 1st, 2010 If you have always wanted to learn a language but were too put off by the high cost associated with most classes, then take a look at all these great opportunities to learn a foreign language online, at no cost to you. With so many learning opportunities online, it is a shame not to take advantage of all that you can, so be sure to spend some time with these classes. Whether you want to learn one of the major world languages or want something a little less popular, there are sure to be lessons here to help you start to speak whatever language you are interested in learning. French If you want to learn French, no matter your experience level, then check out these free classes. BBC Languages French. Spanish From the basics to more advanced college courses in Spanish, see what is available in this listing. Learn Spanish. German Learn German from these free classes. BBC Languages German. Italian Italian Language Course. Portuguese BBC Languages Portuguese. Japanese Chinese Chinese I.

Pam And Jim Who Ate all the Pies