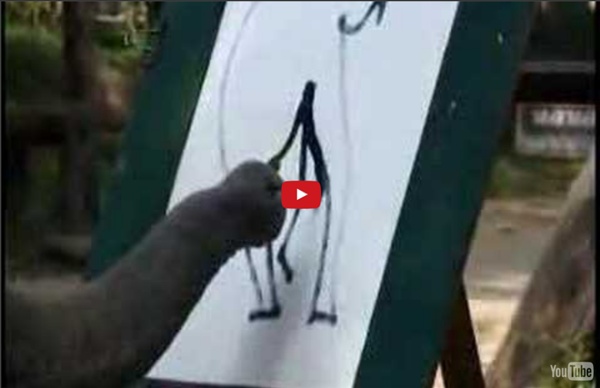 Essay:Why You Shouldn't Eat Meat Because people have so many different beliefs, it's hard to build a rationale for vegetarianism that will answer everyone's needs. Some people think it's natural to eat meat, others think people have a special status in the world, and some think that God said it was okay. So the best way I could figure to engage on this topic was to write up a short statement, and then try to answer some of the most common counter-arguments. Please note that I will be speaking of meat-eating as it exists today: dominated by factory farming but with some minor availability of alternatives. For more about my own journey towards vegetarianism, you can read this essay. [edit] "I just don't really care." I probably should have become a vegetarian long before I did - maybe as long as a decade ago. I didn't get much further. I think many people are like that. Now, if you really "don't care," I guess I can't say much of anything that will matter. I'm not going to beat you up about it, because I know it's hard.

Half of all food 'thrown away' claims report 10 January 2013Last updated at 13:16 ET The report said half the food bought in Europe and the US ended up in the bin Britain's biggest supermarkets have been defending their practices after a report suggested that up to half of the world's food is thrown away. The Institution of Mechanical Engineers said the waste was being caused by poor storage, strict sell-by dates, bulk offers and consumer fussiness. The British Retail Consortium said supermarkets have "adopted a range of approaches" to combat waste. They also lobbied the EU to relax laws stopping the sale of misshaped produce. According to the report - Global Food; Waste Not, Want Not - from the UK-based institution, as much as half of the world's food, amounting to two billion tonnes worth, is wasted. Its study claims that up to 30% of vegetables in the UK were not harvested because of their physical appearance. 'Waste of resources' It suggested that half the food bought in Europe and the US was thrown away.

Lovers in a Dangerous Time Jun 16, 2011 Photograph by RICH LAM/Getty Images Riot police walk the street as a couple kiss on June 15, 2011 in Vancouver, as the city broke out in riots, following the Vancouver Canucks loss in game seven of the Stanley Cup Finals. Scott Jones says he was just trying calm his girlfriend down after they both had been hit by Vancouver police when the now-famous photos of them lying in the street and kissing was taken in the midst of Wednesday night’s riot. “They started beating us with the shields, like trying to get us to move,” Jones told CBC News in an exclusive television interview Friday. “We weren’t being aggressive towards [police] or anything like that. The National Post via @twatthumper & Tmac 7 Reasons Why We Have Not 'Evolved' To Eat Meat Robert Grillo, who wrote 5 Reasons Why Meat Eating is Not a Personal Choice, reviewed many of the comments raised by Care2 readers about the story and wrote a follow up intended to address the most common concerns and counter arguments on the subject. How many times have you heard someone justify their behavior based on the illogical premise that history somehow makes it right and assures its ethical legitimacy into the future? In fact, throughout history influential leaders and thinkers have used this same troubled logic to defend slavery, genocide, the oppression of women, racism, and discrimination based on a whole host of irrelevant criteria including sexual orientation, religion, color and now species. In my discussions with people both online and in person, I find this interpretation of history and evolution to be one of the most common “apologies” for meat eating I hear these days. 1. 2. 3. 4. Yet even in the face of these exciting new developments, groups like the Weston A. 5.

The top 10 things I’ve learned in 5 years of being vegan | Annamal house. This winter is my five year anniversary of being vegan. To the delight of many and the surprise of some, I am still alive after eating and living this way. Part of me wishes I had a story of radical physical transformation for you, about how changing my diet saved my life or made me some kind of superhero. In reality, I went from being decently healthy to remaining decently healthy. The real transformation I’ve undergone has been a shift in my thinking. So, in celebration, here are the top ten things I’ve learned in five years of veganism: 1. In fact, the tenets of it and the beliefs underlying it are so simple that they can be both incredibly elegant and incredibly banal. If you want to see something truly absurd, just watch the meat videos. 2. We have an inkling that something is wrong, and maybe even really, severely wrong. 3. Human beings as we know them today can thrive on a vegan diet. People in western society eat meat because they like how it tastes. 4. 5. 6. 7. 8. 9. 10.

Ending World Hunger ...Easy In 1974 the first World Food Conference was held by the United Nations to set up a plan of action to end world hunger. In that conference, then U.S. Secretary of State, Henry Kissinger stated that within 10 years no child would go to bed hungry. To say Mr. Hydroponics is a method of farming in which soil is not used as a medium for crops to grow. Since the mid 90′s NASA has been researching hydroponic farming and other methods of soilless cultivation as a means by which to grow food in space. What makes aeroponics more attractive over hydroponics is that aeroponics does not require as much water or energy to grow its plants. These methods of farming are not new. With the use of hydro and aeroponics we can grow an abundance of food literally any where from Antarctica to the Sahara Desert and even Mars.

Ethics - Charity: Peter Singer: It's our duty to give The Moral Status of Animals 1. The Moral Considerability of Animals To say that a being deserves moral consideration is to say that there is a moral claim that this being has on those who can recognize such claims. A morally considerable being is a being who can be wronged in a morally relevant sense. It is generally thought that all and only human beings make such claims, because it is only humans who can respond to these claims. But which capacities mark out all and only humans as the kinds of beings that can be wronged? Nonetheless, there is something important that is thought to distinguish humans from non-humans that is not reducible to the observation of behavior best explained by possessing a certain capacity, namely our “personhood.” And in the Lectures on Anthropology: The fact that the human being can have the representation “I” raises him infinitely above all the other beings on earth. More recent work in a Kantian vein develops this idea. A lower animal's attention is fixed on the world. 2. 3.