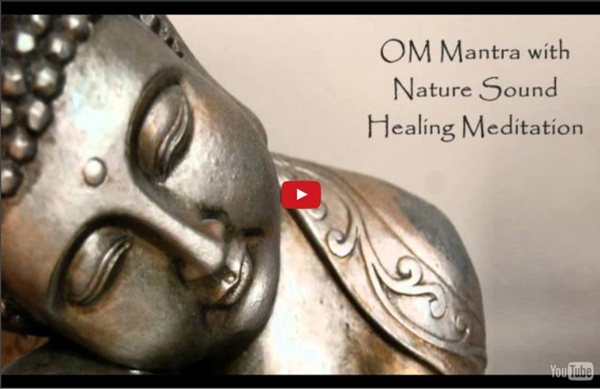 5 Reasons To Introduce Meditation in Schools By Ramesh Niaula, The Master Shift Meditation has evolved from being a spiritual pathway taken by Buddhist monks and sadhus to a part of mainstream society. It has helped drug addicts to quit their addictions, misguided individuals get their lives back and ordinary folks to take more control of their lives. The positive outcomes that mediation produces have made this practise attractive to many. Since the results from meditation are as drastic as the results show, why hasn’t it been introduced to our children in schools? Harvard Unveils MRI Study Proving Meditation Literally Rebuilds The Brain’s Gray Matter In 8 Weeks Test subjects taking part in an 8-week program of mindfulness meditation showed results that astonished even the most experienced neuroscientists at Harvard University. The study was led by a Harvard-affiliated team of researchers based at Massachusetts General Hospital, and the team’s MRI scans documented for the very first time in medical history how meditation produced massive changes inside the brain’s gray matter. “Although the practice of meditation is associated with a sense of peacefulness and physical relaxation, practitioners have long claimed that meditation also provides cognitive and psychological benefits that persist throughout the day,” says study senior author Sara Lazar of the MGH Psychiatric Neuroimaging Research Program and a Harvard Medical School instructor in psychology. “This study demonstrates that changes in brain structure may underlie some of these reported improvements and that people are not just feeling better because they are spending time relaxing.”

How to Heal and Strengthen Your Energy Body With Auric Breathing HJ: It is believed in many traditions that all imbalances in the physical body originate from imbalances in the auric field, aka the energy body. Either way, it is just as vital and important part of yourself as your physical body and requires care and healing as well. In this article, Yonti introduces us to the powerful Auric breathing meditation which will help you keep yours balanced, cleansed, healthy and whole. – Truth Auric Breathing: Body-Based Meditation By Yonti Kristan, M.A. | Mindful Muscle New Study Links Meditation to Wisdom By Derrick Broze, ActivistPost, Thanks to Body Mind Soul Spirit A new study has found an association between meditation and wisdom. Researchers with the University of Chicago’s Department of Psychology have found that meditation, and physical practices such as ballet, might lead to increased wisdom. The study, “The Relationship between Mental and Somatic Practices and Wisdom,” was published in PLOS ONE. The researchers gave 298 participants a survey that asked about their experiences practicing meditation, the Alexander Technique (a method for improving posture, balance, coordination, and movement), the Feldenkrais Method (a form of somatic education that seeks to improve movement and physical function, reduce pain, and increase self-awareness), and classical ballet. The participants also answered psychological exams related to various elements of wisdom, such as empathy and anxiety.

Bone Breathing: Making Your Breath Reach the Bones “Remember to breathe. It is, after all, the secret of life.” ~ Gregory Maguire Prana or life force is the vital energy that keeps the body alive, 5 Things I Wish I Had Known When I Began Meditating Before I began meditating I felt that I had two advantages: I came from India, and because of my medical background, I had looked into the health benefits of meditation. So when I think of five things that I wish I'd known 30 years ago, I would amend the topic to "things I wish everyone knew." Meditation is natural. It's not an exotic import from the East and the cultural values of the East.Meditation is about mind, body, and spirit as one continuous whole, not three separate things.The benefits of meditation probably go deeper than we imagine. At the very least, genetic activity responds very quickly and substantially to meditation.Meditation uncovers the true self that lies at the core of every person.The state of pure awareness that is reached through meditation is the ground state of everything. I wasn't completely unknowing about these things.

Smile Into Your Organs: “A smile is an inexpensive way to improve your looks” Charles Gordy I love the idea that smiling is used as a healing and meditation practice by many ancient cultures. Taoists believe that holding a smile on your face and directing it inwards towards your organs and inner body, is the key to good health and longevity. Meditation as a Self-Healing Tool By Lissa Rankin MD Guest Writer for Wake Up World The body is equipped with natural self-repair mechanisms that can be flipped on or off with thoughts, beliefs, and feelings that originate in the mind. Living Like the Tortoise: Doubling Your Life Span with One Simple Breathing Technique From The Mind Unleashed, August 1, 2015 Is it possible for humans to live for 200 years, or even more? It seems improbable without some kind of freakish genetic modification, but this isn’t necessary according to ancient wisdom in the Bhagavad Gita, and the Tirukkural. Among vertebrates, the tortoise is one of the longest living animals on our planet. Unconfirmed reports talk of the tortoise living for as many as 400 years, and it is not unusual to find a tortoise like Jonathan, that is 182 years old.

How to Heal Emotional and Spiritual Blockages HJ: The only thing keeping you from having what you want — particularly the life, happiness and fulfillment you want — are emotional and spiritual blockages. Emotional states create outcomes. Your emotional state determines what you are capable of doing and becoming. Using Transcendental Meditation To Strengthen The Nervous... [This writing is not in promotion of the services one must pay for to attain meditative guidance. We only hope to provided awareness for those curious about the practice of Transcendental Meditation and its potential benefits.] The practice of Transcendental Meditation offers a natural method for taking our attention deep within our conscious mind, far from the outside physical realm, with the intention of tapping into the source of thought. By focusing our attention on our awareness, we open the door to an altered state of consciousness.