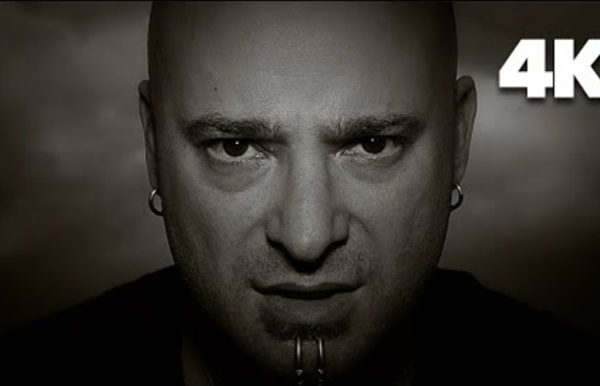 Musique Rhaylany Cases in U.S. More U.S. COVID-19 Data from CDC COVIDView A weekly surveillance summary of U.S. COVID-19 activity. Cases & Surveillance This website features links to different CDC data platforms, FAQs about data and surveillance, and highlights recent data reports. CDC COVID Data Tracker CDC COVID Data Tracker is a website that allows users to interact with a variety of data on COVID-19 that is updated daily. Previous U.S. CDC has moved the following information to the Previous U.S. When did people in the U.S. get sick from COVID-19,How did people in the U.S. get COVID-19, andCases of COVID-19 from Wuhan, China and the Diamond Princess cruise. About the Data on This Page 1. 2. A confirmed case or death is defined by meeting confirmatory laboratory evidence for COVID-19. 3. 4.

The Fastest Rapper in the Game If Jay Z’s next song were “What the Fox Knows,” FiveThirtyEight’s lengthy manifesto, how long would it take him to rap it? Well, based on the number of words he gets through in his song “Tom Ford,” about 51 minutes. Clearly we need a faster rapper. To get a feel for the world’s fastest lyricists, we turned to Rap Genius. But here at FiveThirtyEight, it’s our job to spot axis labels. FiveThirtyEight is keen to develop accurate rap research, so we tested the 10 fastest rappers according to Rap Genius to see whether their rankings were justified. That means we judged only on speed, whereas Rap Genius also considered consistency and skill. Our clear winner is Twista, who puts away 1,287 words in 4 minutes 36 seconds in the song “Mista Tung Twista.” Our next question was whether the professionals were really the fastest in the game. Still not impressed? Yo yo yo ma’ data homies, don’t let nobody fool you, you gotta check the numbers man.

Situation Summary Severity The complete clinical picture with regard to COVID-19 is not fully known. Reported illnesses have ranged from very mild (including some with no reported symptoms) to severe, including illness resulting in death. Learn more about the symptoms associated with COVID-19. COVID-19 Pandemic A pandemic is a global outbreak of disease. The virus that causes COVID-19 is infecting people and spreading easily from person-to-person. This is the first pandemic known to be caused by the emergence of a new coronavirus. There are ongoing investigations to learn more. Risk Assessment Risk depends on characteristics of the virus, including how well it spreads between people; the severity of resulting illness; and the medical or other measures available to control the impact of the virus (for example, vaccines or medications that can treat the illness) and the relative success of these. Risk of exposure: Risk of Severe Illness: What May Happen CDC Response Highlights of CDC’s Response

Statistics Show Twista Is the Fastest Rapper of All Time - Fuse While many rappers brag about being the best, the hardest or the realest, it's a matter for statisticians to research which MC is the fastest rapper alive. Recently, the folks at FiveThirtyEight did some number crunching and discovered that despite previous reports, Chicago rapper Twista is the fastest MC of all time. Which is pretty ironic, since Twista's biggest hit was "Slow Jamz." On his debut single "Mista Tung Twista" from 1991, he clocked an astonishing 280 words per minute. In the second and third spot on the Top 10 Fastest Rappers list are Tech N9ne collaborators T-Nutty and K-Dean, with Tech himself coming in as the seventh-fastest rapper ever. Surprisingly, FiveThirtyEight didn't include Joey Bada$$ on the Top 10 even though he's clocked 180 words-per-minute.

United States Coronavirus: 43,449 Cases and 545 Deaths - Worldometer Information collected on the first 20 domestic cases (not including repatriated cases and Diamond Princess cruise ship evacuee cases) is presented in the table below: Patients Under Investigation (PUI) in the United States CDC in the early stages released information regarding the number of cases and people under investigation that was updated regularly on Mondays, Wednesdays, and Fridays. Below we provide the historical reports that we were able to gather in order to track the progression in the number of suspected cases and US states involved through time in the initial stages As of Feb. 10: As of Feb. 7: As of Feb. 5: As of Feb. 3: As of January 31: Previously, as of January 29, there were 92 suspected cases awaiting testing. Timeline of Events U.S. On Friday, January 31, Delta, American and United announced they would temporarily suspend all of their mainland China flights in response to the coronavirus outbreak.[14] Prior to this January 31 announcement: Travel Alert: Do Not Travel to China

Coronavirus Update (Live): 378,144 Cases and 16,488 Deaths from COVID-19 Virus Outbreak - Worldometer COVID-19 Coronavirus Pandemic Coronavirus tracked: the latest figures as the pandemic spreads | Free to read Unless otherwise stated below, the data used for cases and deaths in these charts comes from the Johns Hopkins University Center for Systems Science and Engineering, and reflects the date that cases or deaths were recorded, rather than when they occurred. Data for the US, its individual states, Puerto Rico, Guam, American Samoa, the US Virgin Islands and the Northern Mariana Islands is calculated from county-level data compiled by the Johns Hopkins CSSE. Data for the Cook Islands, Guernsey, Jersey, Kiribati, Nauru, Niue, North Korea, Palau, Pitcairn, St Helena, Ascension and Tristan da Cunha, Tokelau, Tonga, Turkmenistan, Tuvalu and Wallis and Futuna comes from the World Health Organization. Data for Sweden after April 5 2020, is calculated from the daily difference of cumulative figures published Tuesday through Fridays by the Swedish Public Health Agency. UK deaths and new cases data, and all data from that nations of the UK, comes from the UK Government coronavirus dashboard.

Daily chart - America’s suicide rate has increased for 13 years in a row | Graphic detail | The Economist IN 2010 AMERICA’S Department of Health and Human Services set a goal of reducing the country’s suicide rate from 12.1 to 10.2 per 100,000 population by 2020. Instead of falling, however, the rate has climbed. On January 30th the Centres for Disease Control and Prevention (CDC), a federal government agency, reported that more than 48,000 Americans had taken their own lives in 2018, equivalent to 14.2 deaths per 100,000 population. This makes suicide the tenth-biggest cause of death in the United States—deadlier than traffic accidents and homicide. A recent paper by researchers at Ohio State University and West Virginia University tries to understand why such tragedies occur more frequently in some parts of the country than others. Several other characteristics go hand in hand with high suicide rates. Easy access to guns also seems to boost the risk of self-harm. Put the contest in context Election offer: 50% off your first year with The Economist Digital subscription: 1 year. View pricing

Suicide in America, in 5 charts Deaths by suicide in the United States are on the rise, particularly among young adults and men, and reached 25,850 suicides in 2016, according to the latest CDC data. 5-part report series: Your behavioral health access playbook CDC recently published two separate reports that offer a closer look into suicide rates in America for both adults and teens. One report examines 2016 data reported by 32 states via CDC's National Violent Death Reporting System for all U.S. residents ages 10 and older. Suicide in America In 2016, suicide was the 10th leading cause of death in the United States, and accounted for the highest rate of violent deaths (62.3%) for individuals ages 10 and older. According to CDC, suicide rates in 2016 among men were more than double the rates among women in every age group, with the highest suicide rate being among men ages 85 and older. CDC also found that suicide rates were especially high among American Indian/Alaskan Natives males, and non-Hispanic white males.