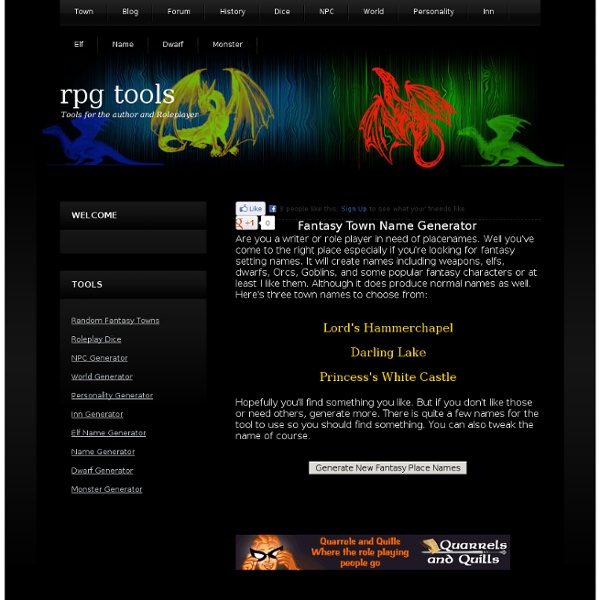 Wordorigins.org Mythical Creatures List, Mythical Creatures A-Z City Generator Create A Plot Outline In 8 Easy Steps By Glen C. Strathy How would you like to create a plot outline for your novel in less than an hour that is emotionally compelling and dramatically sound? It's easier than you think. The secret is to incorporate the 8 Basic Plot Elements. Starting with your story idea, you only need to make eight choices to ensure the plot of your future novel hangs together in a meaningful way. Sound intriguing? I'll describe each of the eight elements in turn. On the other hand, if you already have a draft for a novel, that you're looking to revise, then ask yourself, as we go through these elements, whether you have included them in your story. 1. 15K+Save The first element to include in your plot outline is the Story Goal, which we covered in detail in the previous article, The Key to a Solid Plot: Choosing a Story Goal. There are many ways we could involve other characters in this goal. ... a mother who wants her to be happier. ... a jealous ex-boyfriend who tries to sabotage her love life. 2. 3. 4. 6.

Storybook - Download Creating a Story Bible: World Building In the previous edition of Creating a Story Bible, I talked about the journal and a little bit of how and why I use them for my novel projects. Now it is time to take a closer look at Index I, why I have chosen to include the types of information I have, and about my process of choosing what information belongs in the story bible and what doesn’t. Instead of sharing the image of Index I, I am going to type it out in its entirety, in list format: Description – Page Number, Section One: World Overviews – Countries World – Continents – 1, Countries – Azenith – 2, Theocracy – Danar – 3, Monarchy – Kelsh – 4, Monarchy – The Rift – 5, Oligarchy – Clan Lands – 6, Oligarchy – Crimson Isles – 7, Aristocracy – Feralas – 8, Aristocracy – Therna – 9, Junta – Mithrias – 10, Minor Countries – 11-12, Covenant of the Six – 13-14 Section Two: Trade – 15, Trade – Alliances – 16, Trade – Supply and Demand – 17, Trade – The Wanderers – 18 Section Three: Magic Section Four: Divines – General – 23 Section Two

140,000 Free eBooks: SEARCH OPTIONS (165,000+ eBooks, eTexts, On-Line Books, eDocuments) Why not just do a Google search instead of looking here? This is more direct, indexes collections specifically, and won't throw out red herrings. Memphis Univ School Library "...an astonishing number of electronic books...from an equally astonishing number of sources ... impressive. Very impressive..." Lindsay Periera, REDIFF.COM (INDIA) Pick of the Weekend "One major area of difficulty in the electronic book area of publishing has been bibliographic control. This is a big improvement over the sites I've been recommending to students.

Tor.com - Science fiction & Fantasy Blog, Books, Stories, News, Forum Get Me Writing » 5 Fool-Proof Ways to Put your Muse to Work EmailEmail Are you at the mercy of your Muse? Do you wake at night drenched in sweat, the icy fingers of a nightmare still clinging to your heart? A nightmare where you’re alone in a cold desert, digging in the dirt for just one idea (and you have no pants on)? Fear not, the Muse can be tamed! But first, as we’ll be speaking about inspiration, the inspiration for this post comes from an episode of The Creative Penn. Once upon a time, I was one of those awful teenager things, and wasted my time even more than I do now. By the time I decided to take writing more seriously (many years later), that fickle fairy had up and left, returning only very occasionally. It might be that the teenage mind has better access to the Muse phone line (for some reason I’m imagining a purple version of the Batphone in Commissioner Gordon’s office); it might be that my head had more space, more freedom to create (more on that later). "You're right, Chief O'Hara. For a Start, Write Stuff Down A good run.

Random Story Generator This thing is so fun. Prepare yourself! The idea I had was to create a sentence that sounded like a brief plot outline or even a TV Guide blurb for a Christian speculative novel. I wanted to create several variables that would be randomly supplied by a little software utility, thus supplying a plot outline that might just be crazy enough to give you an idea spark. So I conscripted my Christian speculative novelist buddy, Randall Ingermanson, to do the coding. Thanks, Randy! The paragraph you see below in blue is what the software generated for you just now. Have fun! Note that if nothing happens, you may have to click to allow ActiveX content to be shown on the page. This is a werewolf story about a pretender who wants to return to his/her home but is prevented from doing so by an earthquake bent on beating the devil at his own game. Tell me another story!