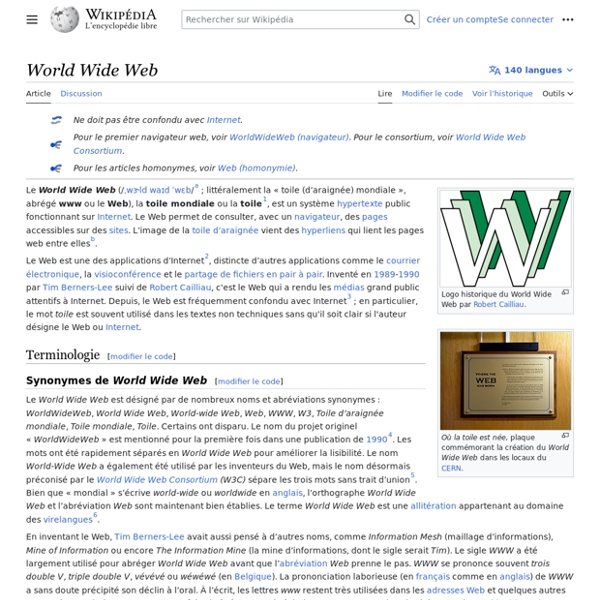 How Ada Lovelace and Charles Babbage Invented the World’s First Computer: An Illustrated Adventure in Footnotes and Friendship In 1843, Ada Lovelace — the only legitimate child of the poet Lord Byron — translated a scientific paper by Italian military engineer Luigi Menabrea titled Sketch of an Analytical Engine, adding seven footnotes to it. Together, they measured 65 pages — two and half times the length of Menabrea’s original text — and included the earliest complete computer program, becoming the first true paper on computer science and rendering Lovelace the world’s first computer programmer. She was twenty-seven. Data Visualization Review: Gephi, Free Graph Exploration Software I do not often get to play with networks, yet I find them fascinating and full of knowledge gathering potential. The data visualization works of Moritz Stefaner, Jer Thorp, and Mark Lombardi captivate me. I am intrigued by relationships, how we perceive them, and how we can understand them.

10 cloud IDEs let you ditch the desktop Code in your browser The migration to the cloud has turned into a stampede as the world turns to browser-based calendars, email clients, word processors, and spreadsheets to replace the hassle of maintaining a desktop with the right software. Through this revolution, programmers have stayed glued to their command lines and desktop IDEs out of a mixture of habit, simplicity, and speed. That is starting to change. Browser-based tools for programmers are becoming common, as JavaScript-based editors deliver the same features as the best desktop tools -- complete integrated environments for building, debugging, and even deploying our wonderful code.

Histoire - Application WorldWideWeb NeXT In March 1989, Tim Berners-Lee, along with Robert Cailliau, at CERN, the European Organization for Nuclear Research, circulated "Information Management: A Proposal." It imagined a simple client-server architecture, and links, and a 6 month time frame. His boss at CERN at the time — Mark Sendall — labeled it the now classic understatement of the century: "Vague, but exciting."

Connection Machine Thinking Machines CM-2 at the Computer History Museum in Mountain View, California. One of the face plates has been partially removed to show the circuit boards inside. The Connection Machines were a series of supercomputers that grew out of Danny Hillis's doctoral research at MIT in the early 1980s on alternatives to the traditional von Neumann architecture of computation. The Connection Machines (CMs), beginning with CM-1, were originally intended for applications in artificial intelligence and symbolic processing, but later versions found greater success in the field of computational science.

HTML5 Website Showcase: 48 Potential Flash-Killing Demos So you’ve heard all rumors about HTML5 would take over Adobe Flash. While most web community argues that it’s possible or not, you must be wandering what makes HTML5 so powerful that even giant company Apple wants to use it to replace Flash. That’s why this post exists, we’re not going to talk about what HTML5 can do, but show live demos of magical things that HTML5 can achieve with other language like JavaScript, so get ready to be inspired. Note: As HTML5 is not fully supported by certain web browser like Internet Explorer, you’re strongly recommended to use Firefox browser to view all HTML5 demos below.

Quantum Supremacy and Complexity Gil Kalai is a popularizer of mathematics as well as a great researcher. His blog has some entries on Polymath projects going back to the start of this year. He has just contributed an article to the May AMS Notices titled, “The Quantum Computer Puzzle.” The Story So Far For this week’s iDevBlogADay post, I’m going to take a detailed look at the history of Trainyard, from its humble beginnings to its current position high up the App Store charts. Yes, there will be sales data. This’ll be a long one, so settle down and enjoy In the beginning

Getting started with WebGL - WebGL WebGL enables web content to use an API based on OpenGL ES 2.0 to perform 3D rendering in an HTML canvas in browsers that support it without the use of plug-ins. WebGL programs consist of control code written in JavaScript and special effects code(shader code) that is executed on a computer's Graphics Processing Unit (GPU). WebGL elements can be mixed with other HTML elements and composited with other parts of the page or page background. This article will introduce you to the basics of using WebGL. It's assumed that you already have an understanding of the mathematics involved in 3D graphics, and this article doesn't pretend to try to teach you OpenGL itself. The code examples in this tutorial can also be found in the webgl-examples GitHub repository.