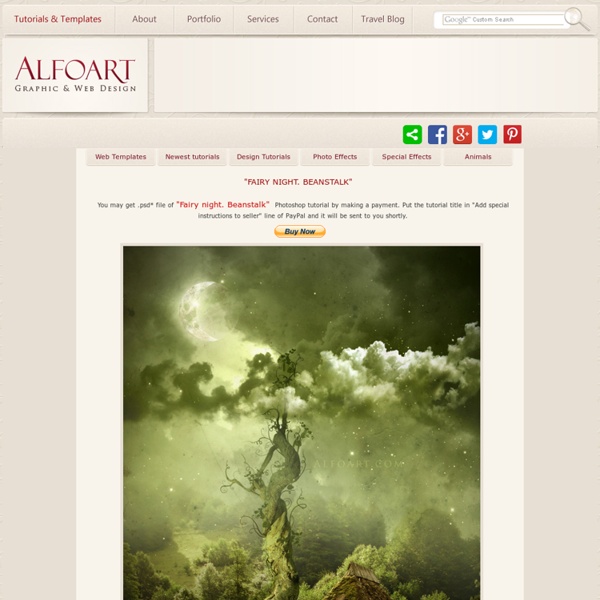 How To Make a Vintage / Retro Picture Photoshop Tutorial I have had quite a few people asking about how I do my retro photos. This is a quick and very easy tutorial that should help those who want to learn the art of taking a photo, and making it an old fashion vintage picture. Well, I for one like the style, and I hope this helps those who wish to try it out. Preview here the final result.

The Judgment of Paris Forum - Kate Dillon in ELLE, 07/2007 It happens once every decade. Back in June, we posted images from the one and only editorial layout with plus-size models that Elle magazine had ever produced in its long history. That editorial appeared in the May 1997 issue of Elle Quebec, and said issue even featured one of the goddesses, Natasha Noël, on the magazine's cover--an honour that rival fashion glossy Vogue has never awarded to a plus-size model. Well, it is now ten years later, so perhaps Elle thought that the time was right for a reprise. The July 2007 issue of Frech Elle (yes, the Elle that comes out of Paris, France) features an editorial layout with . . . Mind you, French Elle is not unfamiliar with the concept of full-figured femininity. decreed thinness to be unfashionable and hailed the coronation of the "round, guitar-shaped" figure . . ." However, words do not have the same impact as images, which is why it is a boon to see Elle actually feature a plus-size model in its fashion pages. Être rondeÇa nous plaît

Lost Treasure – Manipulation Tutorial In this tutorial, Malgorzata will show you how she made this fantasy manipulation in Photoshop. You will learn a cool technique to create veils and a simple dress using brushes. You will also learn how to paint hair and other manipulation tricks. Enjoy. Preview Resources needed Here we go… Step 1 – New Document Start off by making a new canvas, 2000×2000 pixels. Step 2 – Background To create the background we need the following images: forest and water. Open them, drag stocks to your canvas, add a layer mask to “forest” layer and “water” layer, using a soft brush – erasing the unnecessary parts. Merge the background layer (Ctrl + E), then go to: Image> Adjustments> Desaturate (Shift + Ctrl + U). We give the background some color ( add some blue ). Create new fill or adjustment layer, go to Color Balance and Photo Filter, set the colors as shown below: Add some Light, use the hard brush tool (B) with light color #eaeae9 Than go to Filter> Blur> Gaussian Blur Change the fill at 70-80% Good luck !

Movie Like Sunset in Photoshop Tutorial Preparation: You will need an image similar to this. Preferably, one which you can clearly see the skyline. Use soft brush (opacity 10%, black colour), and paint 1 to 2 times below the sky area. Then using the same brush opacity, change the colour to #ad651a and go over the sky area (you may use a lighter colour, but try not to make it go any darker). Now click on the icon beside the quick mask. Result after adjustment of curves: Add a new layer below the Curves layer, Set foreground colour to Black. Bring down the opacity of the Black filled layer to about 60% (so that you know where to place the lens flare in the image). Go to Filters > Blur > Gaussian Blur. Bring the opacity level of the Black layer up to 100%. Choose Soft Round Brush with the color #ffe01a, opacity 10%. Go to Blending Mode > Linear Dodge (Add). Duplicate the layer and change blending mode to Screen. If you think the image is still too dark, you may duplicate it again and adjust its opacity level. We are almost there.

David Gibbins's Blog - TOTAL WAR ROME: what it meant to look Roman - November 01, 2013 02:49 Sometimes called the 'Torlonia patrician', this sculpture in the Torlonia Museum in Rome is thought to date from the first half of the 1st century BC, and represents a tradition modern art historians call 'verism' - exaggerated realism, after the Latin verus, meaning 'truth' - that probably originated at least a century earlier. My novel Total War Rome: Destroy Carthage beginsin 168 BC at the Battle of Pydna, the decisive engagement in which the Romangeneral Aemilius Paullus defeated a Macedonian army and secured Roman power innorthern Greece. The action then moves to Rome for the triumphal procession, amassive haul of works of art and other booty being watched by Aemilius Paullus,his son Scipio Aemilianus and the old senator Marcus Porcius Cato, whose cry‘Carthage must be destroyed’ resonates through the novel just as it did in realhistory. A wooden statue - probably representing a female ancestor - from the House of the Wattlework at Herculaneum (height 30.4 cm).

Create James Cameron’s AVATAR Movie Poster in Photoshop Tutorial Creating posters with Photoshop can be a lot of fun and there are unlimited opportunities. Anyone who knows me knows that I love movies. I recently was overcome with inspiration when I saw the new James Cameron's Avatar Movie Posters, they are pretty sick. In this tutorial I will show you guys some simple but efficient techniques that will help you make your own Avatar movie poster from a portrait picture of yourself. This tutorial should be used with many variants and additional techniques unique to the artist. Note: The version of Photoshop that I've use is CS4. I've got a lot of emails from people who wanted me to 'Avatarize' their pictures. The first step is to show you from what pictures i get my inspiration: Step two is preparation. Download the photo that we'll be using for this tutorial: Download link Select the skin areas of the model with the Lasso Tool, like in the picture below, and pres CTRL+U to open the Hue/Saturation menu. Now we are going to make the shadows for the nose.

Awakening-12 How To Sharpen An Image - Advanced Photo Sharpening Try before you buy. Download any Adobe product for a free 30 day trial. How To Sharpen An Image In Photoshop — Advanced Photoshop Sharpening Techniques Adapted from "Photoshop CS2: Essential Skills" by Mark Galer and Philip Andrews Most if not all digital images require sharpening, even if shot on a state of the art digital megaresolution SLR with pin-sharp focusing. Sharpening in Adobe Photoshop CS2 will allow you to select the precise amount of sharpening and the areas of the image that require sharpening most. The best sharpening techniques prioritize certain areas; in this case, sharpening the eyes of a portrait but avoiding the skin texture. The basic concept of sharpening is to send the Unsharp Mask filter or Smart Sharpen filter on a “seek and manipulate” mission. The best sharpening techniques are those that prioritize the important areas for sharpening and leave the smoother areas of the image well alone, e.g. sharpening the eyes of a portrait but avoiding the skin texture.