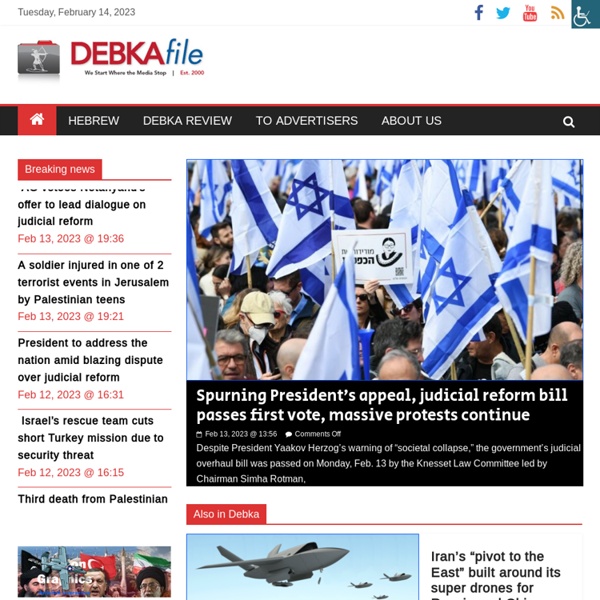 The Jamestown Foundation Fox 'News' 'Expert' Says We Must "Start Killing Russians." I Disagree. Eric Zuesse On this video from Fox ‘News': At 3:30, Lou Dobbs asks the Fox Noise military analyst: “What do you expect” in Ukraine? At 3:35 he answers: “In the Ukraine, the only way that the United States can have any effect in this region and turn the tide is to start killing Russians … killing so many Russians that even Putin’s media can’t hide the fact that Russians are returning to the motherland in body bags.” Well, anyway, there is a Republican ‘news’ operation: “Start killing Russians.” They hate Russians so much the hate practically bleeds from them, even in public. What the Fox ‘expert’ was specifically promoting there, to “Kill Russians,” is actually what the regime that Obama imposed upon Ukraine had been installed in order to do. However, Fox’s ‘expert’ was suggesting to kill Russian troops inside Ukraine, which wouldn’t have been quite as heartless as what the Obama-coup-regime in Ukraine is actually doing (and which Fox and all of U.S. Communism is over.

Global Issues : social, political, economic and environmental issues that affect us all Israel/Palestine Over the past two days Prime Minister Benjamin Netanyahu has taken his most aggressive—and outlandish—tone yet on critics by accusing them of anti-Semitic tropes, following a collapsed effort to sanction Israel at the international soccer association, FIFA. Speaking to Knesset today Netanyahu said his country’s “actions are being twisted,” telling his parliament those who speak against Israel are initiating “false libels.” Al Jazeera reports: Adoption of a bill by Israeli cabinet ministers aimed at imposing tougher penalties on stone-throwers is the latest discriminatory measure by Israel, singling out Palestinians, a Palestinian diplomat has told Al Jazeera. The Bedouin village of Umm el-Hieran in Israel’s southern Negev desert is running out of time and appeals before it will be razed to the ground and an exclusively Jewish town will be built in its place. A young Palestinian, Baraa Kalaid Madhun, 16, of Hebron is suspected of throwing stones at an Israeli occupying military base.

10 News Outlets Corporate Media Doesn’t Want You to Follow Aaron Nelson | The Pontiac Tribune You are not the only one who believes the corporate media works for the establishment to secure the status quo and shape false narratives — so we compiled a list of 10 independent news outlets that would prefer you think for yourself. These days most Americans have lost faith in corporate-owned media outlets because they believe the institution of press protected in the first amendment no longer represents the people of our great nation. For many, it has been challenging to replace the failed dinosaur media, which is why I’m writing this article for people seeking legitimate sources. As everyone discovered earlier this month when Brian Williams admitted to making up false Iraq war stories, Fox News clearly isn’t the only outlet that has gone off the deep end in crafting a reality of their choosing. Here are 10 news outlets the corporate media doesn’t want you to follow: Facebook – Twitter Youtube – Twitter Facebook – Twitter Facebook – Twitter Youtube – Twitter