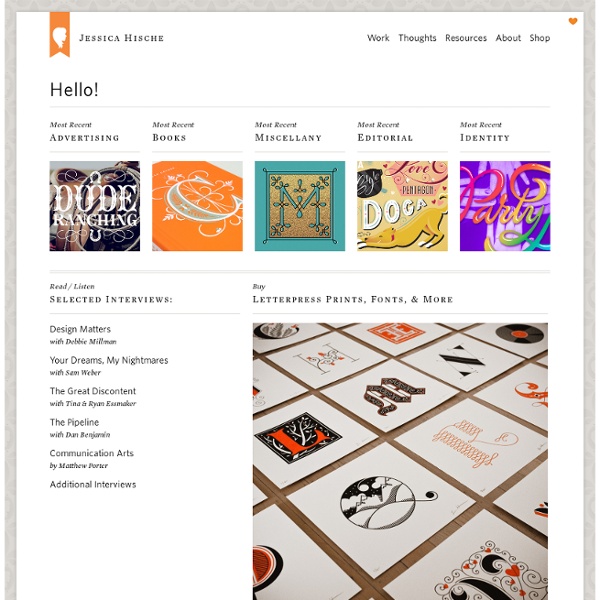 The most popular fonts used by designers There are usually two camps among designers when it comes to typeface choices. One group has a handful of favorite typefaces they adapt to every design they create, believing that these handful of typefaces can be suitable for every situation. The other camp believes in using a huge variety of typefaces, picking and choosing each one based specifically on the project at hand. They have proven popular among designers the world over, and are used in designs for everything from multi-national corporations to individual books or journals. Have we missed one of your old time favorites? Akzidenz Grotesk Akzidenz Grotesk was the first widely-adopted sans serif typeface, and an influencer of many later neo-grotesque typefaces, including Helvetica and Univers. Akzidenz Grotesk was created in 1898 by H. Strengths Akzidenz-Grotesk is a versatile typeface, suitable for both headlines and body copy. Best Uses It’s suitable for use in virtually any project. Avenir Baskerville Bembo Bickham Script Pro Bodoni

Time travel in the classic sense has no place in rational theory, but... Time travel in the classic sense has no place in rational theory, but temporal distortion does exist on the quantum level, and more importantly it can be controlled Drawings by James Bills Title: Academician Prokhor Zakharov, "For I Have Tasted the Fruit" from Sid Meier's Alpha Centauri The Creative Internet Matthew Lyons Michael Freimuth △Glass Shop Role: Creative Director, Designer A coffee shop in Brooklyn’s Crown Heights neighborhood, Glass Shop sought to establish itself by communicating its local, neighborhood commitment as well as its dedication to classically prepared espresso drinks. Catering to a younger demographic in this new and emerging area of the city, it was important for the venture to not appear overly polished or pristine – the antithesis to a Starbucks or conventional chain coffee house. A dual-sided poster distributed guerilla-style throughout all of the New York City boroughs helped launch Glass Shop – and once on the premises, clientele are discretely greeted with collateral, messaging and environmental design that strive to represent the retailer’s perspective and values. △The Smiler Role: Designer, Illustrator - Creative Director / Adam Berninger The collateral material for this independent publication conveys its deep roots in the alternative art world. △Matthieu K. www.michaelfreimuth.com

Amsterdam Metropolitian Area The Amsterdam Metropolitan Area (AMA), in the very heart of Europe, attracts people and orga- nisations from around the world. For centuries Amsterdam has been a hub for world trade. In the years to come, the local authorities will make a joint and critical effort to promote the more intensive use of their territories. AMAX has been realised because of the the contributions by Amsterdam Partners, Schiphol Group (Schiphol Real Estate), Province of Noord-Holland, SADC and local authorities Amsterdam (DRO, EZ and OGA), Almere, Amstelveen, Haarlemmermeer, Port of Amsterdam, Zaanstreek, Chamber of Commerce Amsterdam and Zuidas. To give international investors and companies a better opportunity to get to know about all the possibilities of the area, a unique experience was created.