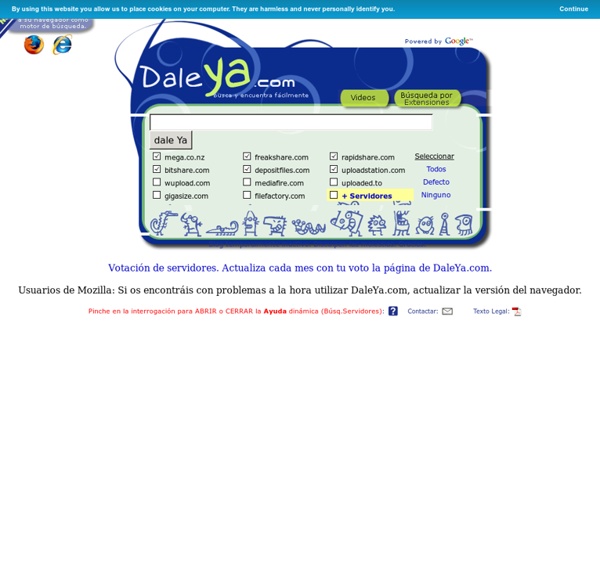 The Pirate Bay trial Swedish prosecutors filed charges on 31 January 2008 against Fredrik Neij, Gottfrid Svartholm, and Peter Sunde, who ran the site; and Carl Lundström, a Swedish businessman who through his businesses sold services to the site. The prosecutor claimed the four worked together to administer, host, and develop the site and thereby facilitated other people's breach of copyright law. Some 34 cases of copyright infringements were originally listed, of which 21 were related to music files, 9 to movies, and 4 to games. One case involving music files was later dropped by the copyright holder who made the file available again on the website of The Pirate Bay. In addition, claims for damages of 117 million kronor (US$13 million) were filed.[4] The case was decided jointly by a professional judge and three appointed lay judges.[5] The trial started on 16 February 2009 in the district court (tingsrätt) of Stockholm, Sweden.

Rapidshare Search Your file will be ready for download in 1 sec If your download doesn't start click here to download real fast file downloader real fast file downloader supremedownloader is a free download manager. MegaSearch.co How does it work in practice Copy your Unique Token Contact our Support Verify your token live The refund process will be completed within 72 hours. That time is needed for a detailed verification. Raw material Dukto is one of my long-lived software project, it’s now at the 6th release, with many improvements over the previous versions. One of the main changes of this release is the new user interface inspired to the Metro style UI developed by Microsoft for the new releases of Windows Phone, Windows, Xbox and all the other Microsoft products. Since I like the simplicity, the essentiality of this kind of UI, I’ve decided to make a new Dukto interface for all the supported platforms. If you don’t know Dukto, I can tell you that it’s an easy file transfer tool designed for LAN use. I use it in my everyday work to transfer files from one PC (or other device) to another, without worrying about users, permissions, operating systems, protocols, clients, servers and so on… Just start Dukto on the two PCs and transfer files and folders by dragging onto its window. That’s all.

Bit Che - Torrent Search Bit Che is a framework and script language for searching Bit Torrent websites and search engines for torrents. Bit Che uses user submitted and customized script files which allows it to quickly search lots of torrent websites and easily organizes the results. Bit Che allows you to instantly preview the torrent details by reading the torrent file directly. BitTorrent Giant BTjunkie Shuts Down For Good BTjunkie, one of the largest BitTorrent indexes on the Internet, has decided to shut down voluntarily today. A combination of legal actions against fellow file-sharing sites and time-consuming projects have led to the drastic decision that takes out one the main players in the BitTorrent landscape. Founded in June 2005, BTjunkie has been among the top BitTorrent sites for more than half a decade. The site was never involved in any legal action, and to keep it this way the site’s operators decided to shut the site down for good today. The following message was posted on the BTjunkie homepage a few minutes ago:

Download: Photoshop Brushes Series 40 15 watercolor and other wet brushes By Dave Nagel I've had a surprising number of requests for a collection of watercolor-style brushes for Adobe Photoshop. But with the limitations of Photoshop's paint engine, that's a bit of a trick. Unlike programs like Corel Painter and Synthetik Studio Artist, Photoshop doesn't give you the ability to create anything that truly behaves like wet media with spreading, smearing and diffusing effects. Nevertheless, we can get part way there. This latest collection of brushes for Photoshop represents really my first effort at trying to emulate not just the look, but the feel of watercolor brushes.

Get Hired. I was recently asked for interview advice. 1. These are guidelines and examples. Don't repeat them verbatim. Do I have to say this? Maybe. Demonoid Faces Prolonged Downtime After DDoS Attack A severe DDoS attack has brought down one of the most famous BitTorrent trackers. Demonoid has been inaccessible to its millions of users for more than a day and is expected to remain offline for quite some time. The tech admin of the troubled BitTorrent tracker told TorrentFreak that the issues at hand are not easy to fix, and suggests that aside from the DDoS there might have been an attack from another angle. Demonoid is one of the biggest torrent sites around, and has been for more than half a decade.

23 Psychological Life Hacks to get an Advantage Have you always wondered about the subtle things you can do to totally improve the outcome of a situation? It is something that I have constantly been thinking about. After spending some time searching up on the subject I came across some incredible bits of advice from a reddit discussion. From this, I’ve pulled out and organized users’ top advice on how to improve your outcomes. 23 psychological Life Hacks to get a Situational advantage. When you first meet people try to notice their eye color while also smiling at them. Are There Any Demonoid Alternatives? Demonoid is gone, at least for now. The servers in the Ukraine were pulled offline and an investigation into the site’s alleged owners is ongoing in Mexico. At the time of writing the Demonoid domain once again redirects to random ads… For former Demonoid members there’s no other option than to find a replacement. However, do these even exist? The easy option would be to list to the top 10 torrent sites of 2012, but those aren’t really a match for Demonoid.

7 Social Hacks For Manipulating People 1. Whenever someone is angry and confrontational, stand next to them instead of in front of them. You won’t appear as so much of a threat, and they eventually calm down. 2. 5 Alternatives to The Pirate Bay With all this activity surrounding the DDOS attacks and the blocking of Swedish BitTorrent website The Pirate Bay in some countries, we decided to look the 5 best alternatives to the The Pirate Bay. News surrounding The Pirate Bay is certainly a reminder that it’s great to have a back-up plan. Late last month, the UK High Court ordered all ISPs in the UK to block the site. Getting around such blocks is pretty trivial. Still, what happens when the site is DDOS attacked like what happened recently when an Anonymous defector allegedly attacked the site?