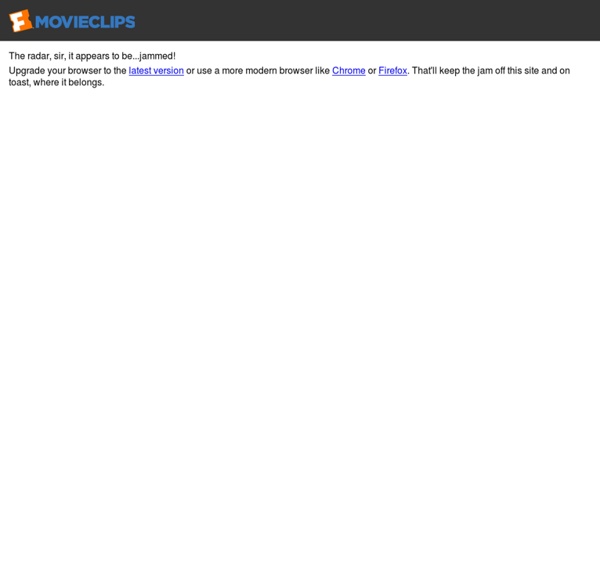 movieclips's Channel Home Alone movie clips: THE MOVIE:iTunes - Play - - Digital HD - miss the HOTTEST NEW TRAILERS: CLIP DESCRIPTION:Kevin (Macaulay Culkin) keeps laying down the punishment on the would-be bandits. FILM DESCRIPTION:Home Alone is the highly successful and beloved family comedy about a young boy named Kevin (Macaulay Culkin) who is accidentally left behind when his family takes off for a vacation in France over the holiday season. Once he realizes they've left him "home alone," he learns to fend for himself and, eventually has to protect his house against two bumbling burglars (Joe Pesci, Daniel Stern) who are planning to rob every house in Kevin's suburban Chicago neighborhood. Though the film's slapstick ending may be somewhat violent, Culkin's charming presence helped the film become one of the most successful ever at the time of its release. WHO ARE WE?

Top 10 Philosophical Movies Of All Time - Top 10 - - Top 10 List - Memento Quote - Blade Runner Quote - Waking Life Quote - Seconds Quote - La Dolce Vita Quote - Matrix Quote - Being There Quote - A Clockwork Orange Quote - My Dinner with Andre Top 10 Philosophical Movies Of All Time "I have to believe in a world outside my own mind. I have to believe that my actions still have meaning, even if I can't remember them. I have to believe that when my eyes are closed, the world's still there. Do I believe the world's still there? Is it still out there? My Top 50 Favorite Mindfuck Movies I thought I could rank them, but that would be too difficult, so here they are in alphabetical order. 1. 21 Grams 2.

Spalding Gray Spalding Rockwell Gray (June 5, 1941 – ca. January 11, 2004) was an American actor and writer. He is known for the autobiographical monologues that he wrote and performed for the theater in the 1980s and 1990s. Gray died in New York City, New York, of an apparent suicide in 2004. 50 Movies You Have to Watch Before You Die Movies are an important part of popular culture. You may view them as less refined than books, but the stories are essentially the same. As much an art form as painting, video games, music, and books, movies capture our imagination and show us perspectives we’d never see on our own. Life is short – don’t let it pass you by without seeing these movie classics: 50.

YouTube video-game channel Machinima aims for the next level - latimes.com With 125 million viewers watching more than 1 billion of its videos a month, Machinima may be the most-watched channel that's not on TV. The specialty channel devoted to video-game aficionados — which offers game walk-throughs, gaming news, exclusive trailers and original series — is the channel with the fourth most subscribers on YouTube, itself the world's third most popular website, according to online measurement firm ComScore Inc. Machinima may represent the next best hope of programming to the so-called Lost Boys, those young male consumers, once Hollywood's most dependable audience, who are increasingly reluctant to leave their video-game consoles and Facebook pages to watch movies and TV or listen to music. It may also rewrite the rules for Internet programming. "You could argue that Machinima is to gaming what MTV was to music in its early days," said Michael E. Kassan, chairman and chief executive of MediaLink, an influential digital-media consulting firm.

Supercut: Cinema's Greatest Mirror Pep Talks Early this morning, I was awoken by three consecutive wall thumps coming from my crawl space, which, as you all know, is the signal from our video editor, Oliver Noble, that he’s completed a new supercut. After I let him out, we watched it, and it was pretty good, so I rewarded him with a few minutes with his gimp mask unzipped and gave him some bactine for his welts. This is actually our second crowd-sourced supercut, where Oliver provided the topic and you the FilmDrunk reader gave scene suggestions. The result is Cinema’s Greatest Mirror Pep Talk. In a way, it’s kind of like a cross between 40 Inspirational Movie Speeches in Two Minutes and Rich from FourFour’s Mirror Scare Supercut. So basically, we’re doing mash-ups of mash-ups now.

movie questions While most of the films on the list are set in high schools or universities, the issues they address are relevant to teachers at all levels. Each movie has four or five questions. I anticipate that you would write equally for each movie, so don’t select a film because it has fewer questions than another one. Before you watch the movie, read through the questions carefully so you know what to look for. The questions do not ask you merely to recall details; they require critical thinking, creative and / or personal responses, and application to various aspects of education.

Xfire Xfire is the leader in social gaming services for core gamers. In July of 2012, Xfire passed 22 million registered users. Xfire was founded in 2003 and acquired by Viacom in 2008 for $102 million. In August 2010 Xfire was spun out of Viacom by a private team of serial entrepreneurs and internet investors, including: Brock Pierce (IGE, Affinity Media), Mark Donovan (Titan Gaming), and William Quigley (Clearstone Venture Capital).

untitled (An essay concerning the subtext of the film by the same title) by Crispin Hellion Glover Is this culture content? Is it happy? Are the smiles broadcast by this culture's media the smiles that reflect the collective mind? Maker Studios Macy's and Maker Studios, the world's largest producer and distributor of online video content for millennials, today announced a collaboration to launch an original fashion-lifestyle series--"The Next Style Star." This unique program will feature 16 up-and-coming stylists battling head-to-head for a $10,000 cash prize, a chance to serve as a guest stylist on an upcoming Macy's photo shoot, and have his or her winning look featured in the Impulse Department at Macy's Herald Square in New York City. Macy's "The Next Style Star" will debut April 3 on Maker's fashion and beauty network, The Platform, and macys.com/stylestar.

Eye for Film : Hotel Splendide Movie Review (2000) "British" and "film" are not always the greatest combination of words on the planet. In fact lately the rash of films trying to emulate the Englishness of Four Weddings And A Funeral, the gruesomeness of Shallow Grave or the plucky northerner spirit of the hugely successful The Full Monty (see There's Only One Jimmy Grimble or Billy Elliot for more examples) seem to have seriously put back the British film industry. In this state of mind I toddled along to Hotel Splendide, concerned it would fall somewhere between Fawlty Towers and Guesthouse Paradiso or, God forbid, worse. So it's with some relief that I can report that Splendide is in fact a great deal better than expected if rather less, er, splendid than it could be... The Hotel itself is a big rotting pile offshore that alleges to be a merry little hotel though one suspects the guests are actually serving some sort of obscure community service for crimes unknown since the place is utterly inhospitable.