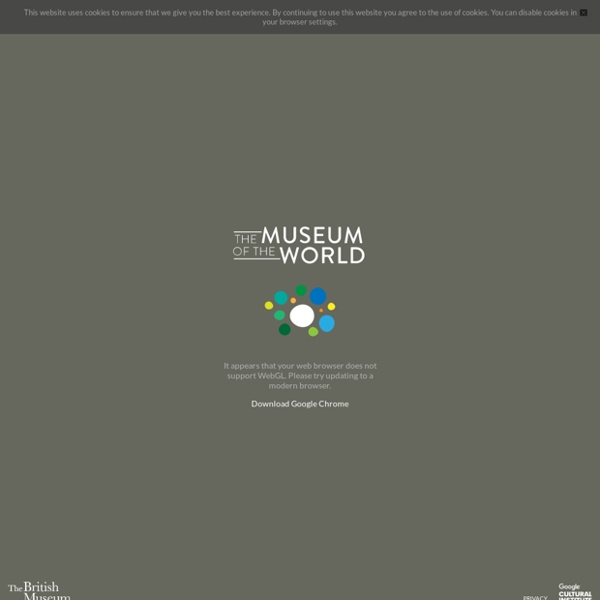 Soviet Brutalist Architecture Photographed By Frederic Chaubin In his book Cosmic Communist Constructions Photographed, Frédéric Chaubin documents 90 buildings in 14 former-USSR republics belonging to what he calls the ‘fourth age’ of Soviet architecture. They reveal an unexpected rebirth of imagination, a burgeoning that took place from 1970 until 1990 and in which, contrary to the 20s and 30s, no ‘school’ or main trend emerges. These buildings represent a chaotic impulse brought about by a decaying system. Their diversity announces the end of the Soviet Union. Druzhba Holiday Center Hal, Yalta – 1984

Leonardo Home Page Who was Leonardo da Vinci? He had a keen eye and quick mind that led him to make important scientific discoveries, yet he never published his ideas. He was a gentle vegetarian who loved animals and despised war, yet he worked as a military engineer to invent advanced and deadly weapons. He was one of the greatest painters of the Italian Renaissance, yet he left only a handful of completed paintings. Musée du quai Branly In the heart of Paris's museum land, neighbouring the Louvre and the Musée d’Orsay, a few minutes from the Grand and Petit Palais, the Palais de Tokyo and the Musée d’art moderne de la Ville de Paris, the Musée du quai Branly - Jacques Chirac has an exceptional location on the banks of the River Seine, at the foot of the Eiffel Tower. The arts of Africa, Oceania, Asia, and the Americas now form part of the historical and artistic grand tour of the capital. The Musée du quai Branly - Jacques Chirac is an innovative cultural institution - museum, educational and research centre, and public living space all in one. Built on one of the last available sites in the heart of Paris, the architectural design of this original project is the work of Jean Nouvel. A museum of non-Western arts During the 20th century, non-Western arts started to be seen in museum collections.

The Met 360° Project This award-winning series of six short videos invites viewers around the world to virtually visit The Met's art and architecture in a fresh, immersive way. Created using spherical 360° technology, it allows viewers to explore some of the Museum's iconic spaces as never before. Viewed more than 11 million times, this series affords an access and a perspective typically unavailable to the public. Viewers can experience the magic of standing in an empty gallery after-hours, witnessing a bustling space in time-lapse, or floating high above The Met Cloisters for a bird's-eye view. We strung cables, removed protective covers from works of art, and rigged cameras up high, all to allow viewers to explore The Met as never before.

Intro To search archival documents and transcriptions, visitors may select a single search term, combine guided searches in up to six categories, or launch a free-text search across the site from the search page. Indexed names include those of artists and artisans as well as persons constituting a wide swath of the population of Rome who transacted business with members of the Accademia (numbering around 1,450 individuals). The Accademia site includes pages for all of those mentioned in the documents, including references and links to the documents in which their names appear. These pages also indicate the role or roles these individuals played in Roman society and/or within the Accademia, if that information is retrievable. The site also includes pages for over 50 places recorded in the documents.

Why is this painting so captivating? - James Earle and Christina Bozsik Diego Velazquez (June 6, 1599 ­ August 6, 1660) was a Spanish painter who was hired by Philip IV at the age of 25. You can learn more about his life here. Interested in learning more about Velazquez’s life as a court painter? This site describes his work. National Museum of Modern and Contemporary Art, Séoul, Corée du Sud Since opening its door in 1969, the National Museum of Modern and Contemporary Art (MMCA), Korea has lived through the history of Korean art. In the process, MMCA established itself as a representative institution of Korean modern art. The museum’s four branches, including Gwacheon (opened in 1986), Deoksugung (opened in 1998), Seoul (opened in 2013), and Cheongju (expected to open in 2017), each in its own way, will continue to carry out MMCA’s commitment to the art and culture of Korea by enriching the first-hand cultural experience of the viewing public. Boasting a superb natural landscape surrounding the site, MMCA Gwacheon will be devoted to various genres of visual arts such as architecture, design, and crafts. Located within a historical site, MMCA Deoksugung will showcase modern art from Korea and overseas.