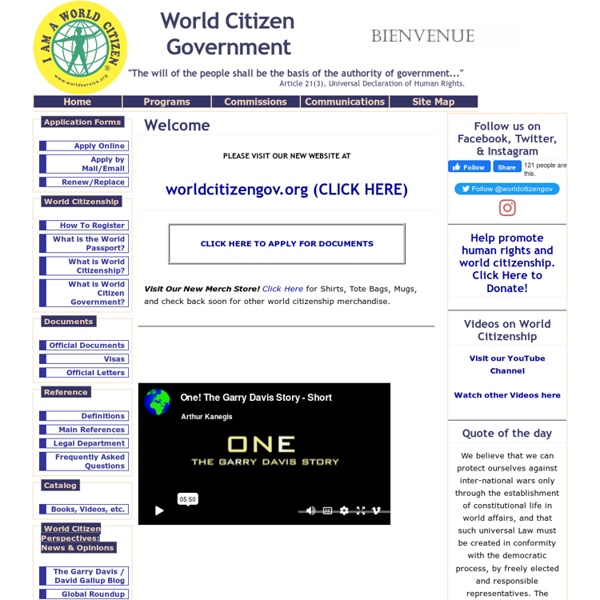 An Interview with Freeman Burt and Bob - "The Highwaymen" - #172 This episode is an interview with Freeman Burt and Bob, titled “Highwaymen” and is being released on Friday, August 28, 2013. This interview with Burt and Bob was recorded today, Aug 28, 2013. Excuse the delay on this episode. Burt and I had recorded this show 5 days ago but both of us had our recordings fail. In this episode Freeman Burt is back to discuss the “highwaymen”, or highway robbers – those code enforcement officers who use tricks on us and strip our consent for their commerce codes and statutes – that don’t actually apply to us. In old times the highwayman was the robber who held you at gun point or threat of violence on the highway to extort money and goods from you – one of the most heinous crimes – a crime punishable by death. What can you do in the face of extortion on the side of the highway? Bouvier’s Law Dictionary: HIGHWAYMAN. HIGHWAY. 2. 3. 4. 5. DRIVER. 2. 3. SUI JURIS. 2. CIVIL ACTION. Donations.

Science and Nonduality David Icke - Revolution of perception Are We Really Free? "The Corporate You" Know Your Rights and Stay Out of Jail – Infographic Lily DaneActivist Post Do you know what to do if you are pulled over or confronted by law enforcement? This detailed infographic from Online Paralegal Programs shows you how to handle everything from standard traffic stops to refusing a search.

Check birth certificate on stock market: Heres how OK folks this one has been gone over 3 or 4 times already. It does not work. You can enter in any number on this site and it will return something to you. You actions to become a "Freeman" are so easy it will scare you. Being free is to be Sovereign, being Sovereign is a belief. e.g. You are King and you make the demands. My suggestion for those who are just picking this stuff up, listen to the podcasts on www.tnsradio.com and listen to them all. Peace MIH. Jury Nullification: Exercise Your Right to Fight Unfair Laws Jurors should acquit, even against the judge’s instruction…if exercising their judgement with discretion and honesty they have a clear conviction that the charge of the court is wrong. — Alexander Hamilton, 1804 Lily DaneActivist Post What would you do if you were selected for jury duty, but felt that the “broken” law itself was unjust, unfair, or unconstitutional? Did you know that, as a juror, you have the right to acquit a defendant in a criminal case if you determine the law itself to be flawed? Even if the court proves the law in question was actually broken, a jury has a right to find the defendant innocent if the law is found to be unfair, immoral, unjustly applied, or unconstitutional. This is called jury nullification. JuryBox.org provides this example of how the process works: Say Congress passed a bill, and the President signed it, stating that the official religion of the United States is Christianity, and that no other forms of religion are to be practiced under penalty of jail.

4 Things the ‘Powers-That-Be’ Don’t Want You to Know About Anarchy “None are more enslaved than those who believe they are free.” – Johann Wolfgang von Goethe Gary ‘Z’ McGeeActivist Post There are few subjects as controversial and taboo as the concept of anarchy. It mostly leaves a bad taste in people’s mouth due in no small part to years of psychological conditioning, backwards reasoning, and smoke & mirror political propaganda. But, as Voltaire ingeniously suggested, “To learn who rules over you, simply find out who you are not allowed to criticize.” #1. “Anarchy doesn’t mean out of control; it means out of their control.” – Jim Dodge Anarchy does not equal chaos. Here’s how: hierarchal and state-run societies have centralized institutions with the monopoly on the use of violence. This is not to say that anarchic societies don’t have hierarchy, they just have considerably less hierarchy. When it comes down to it, anarchists are peaceful people who just want to govern themselves. #2. Simply put, anarchy prefers dangerous freedom over peaceful slavery.

What to Say If Stopped By a Cop Amanda WarrenActivist Post What do you think of the suggestions above? Do you have information that differs? Image was provided by the American Civil Liberties Union. Read more description on each action step and more situations at The Maneater. Cops are legally allowed to lie to you when you are stopped. What to do if you are stopped by a cop Recent other articles by Amanda Warren If you enjoy our work, please donate to keep our website going.

Are You Living in a Constitution Free Zone? December 15, 2006 Using data provided by the U.S. Census Bureau, the ACLU has determined that nearly 2/3 of the entire US population (197.4 million people) live within 100 miles of the US land and coastal borders. The government is assuming extraordinary powers to stop and search individuals within this zone. (Are You Living In A Constitution Free Zone? We urge you to call on Congress to hold hearings on and pass legislation to end these egregious violations of Americans' civil rights. LEARN MORE> Fact Sheet on Border "Constitution-free Zone"> Border Security Technologies> Remarks of Craig Johnson > Constitution-Free Zone: The Numbers True Stories of Violation In the News "Far From Canada, U.S. "Public Meeting on Olympic Peninsula Border Patrol Checkpoints," KUOW News (National Public Radio,) November 3, 2008. "Homeland Security Assuming Broad Powers, Turning Vast Swaths of U.S. into “Constitution-Free Zone”," ACLU Blog of Rights, October 22, 2008.

Now is the Time to Enact the Wanta National Recovery Plan for Our Great Nation America by Preston James and Lee Wanta* Yes, it’s time to enact the Wanta National Recovery Plan for America. This Plan will instantly disavow and reject the immoral, imaginary, Unconstitutional National Debt Obligations. It will bring an immediate end to the massive asset stripping of Our Great Nation America. America has been hijacked by a Criminal Cabal which covers its massive RICO crimes by invoking so-called “National Security”. This Criminal Cabal has hijacked much of American Intel and the Alphabets, as well as most of the Executive, Congress and the Judiciary. It is backed by and serves the interests of foreign based City of London Zionist Money-Power rather than serving the the interests of America the Constitutional Republic. This foreign Money Power has set up a Criminal Cabal and a set of Wall Street Banks and the Federal Reserve System to serve as its stateside Cutouts, main action-agents and espionage fronts inside America. Money From Nothing, National Debt for free !

A New World Self Order: America 2.0 Jack MullenActivist Post Most people do not understand the difference between anarchy and chaos; Anarchy being the condition of living without government - no government - and chaos being a state of human existence where no societal structure exists. Anarchy is a perfectly natural state of existence in which a self ordering societal structure emerges favoring and reinforcing the ideals supporting man's highest values including life, property, and happiness. The superstition that government is required for man to survive and prosper and evolve in a way consistent with being human and maximizing peace and human happiness is the primary reason man remains a slave today. Mankind has been a slave species for thousands of years, held in slavery to superstitions of government and religion and other mind-controlling paradigms reducing individuals to nothing more than a means to the ends of others. To a New World Self Order: America the World's Greatest Hope! Recently from Jack Mullen:

DHS Funded Report: Sovereign Citizens Greatest Threat To U.S. Brandon TurbevilleActivist Post Back in April, 2014, I wrote an article entitled “FBI Visiting Gun Shops To Investigate ‘People Talking About Big Government,” where I reported the fact that FBI Counterterrorism agents were visiting South Carolina gun shops in order to gain information regarding potentially “suspicious” customers. These “suspicious” people were not those suspected of Muslim extremism but Americans who were concerned with big government. The agent who approached the gun shop discussed in my article was actually quoted as saying “If you see some Middle Eastern guy come in. At the time, I received a substantial amount of skepticism from those who found the agents words to be too unbelievable to be legitimate. However, with the revelation of a recent survey conducted by the National Consortium for the Study of Terrorism and Responses to Terrorism (START), all doubt should be removed as to the veracity of the original report. The report reads that: 1. 2. 3. 4. 5. 6. 7. 8. 9. 10.