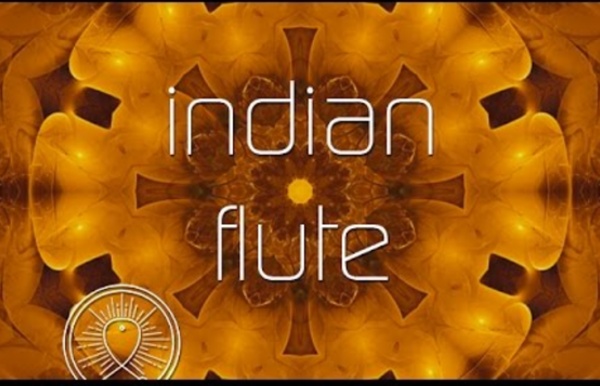 Holding Your Hand In This Position Does Something Incredible For Your Body - Here’s How Yoga and acupuncture are very popular in the western world as a way to treat certain aches and pains. Mudra is less known and a very effective practice. Mudras are certain hand positions that are designed to stimulate different parts of your body and mind. Mudras:Involve different hand gesturesOriginated in India Originating in India, these hand gestures are designed to stimulate all parts of the body – and mind.

Scandinavian folklore Scandinavian folklore is the folklore of Norway, Sweden, Denmark, Iceland, Finland, and the Faroe Islands. Collecting folklore began when Gustavus Adolphus of Sweden sent out instructions to all of the priests in all of the parishes to collect the folklore of their area in the 1630s. They collected customs, beliefs that were not sanctioned by the church, and other traditional material. In Scandinavia, the term 'folklore' is not often used in academic circles; instead terms such as Folketro (folk belief; older Almuetro) or Folkesagn (folktales) have been coined. In common speech, it is simply referred to as den Gamle Tro (the old belief), or perhaps sæd skik og brug (customs, the way). It evolved from Norse paganism, and it is in technical terms labelled low-mythology, while the norse mythology is called high-mythology.

Moby Has Just Released Four Hours Worth Of Free Music Designed For Yoga And Meditation Moby (Richard Melville Hall), is an American DJ, singer, songwriter, musician, photographer and animal rights activist. He is well known for his electronic music, veganism, and support of animal rights. Recently on his website he released a series of ambient recording designed to help people feel a great calmness. This is what he said on his website ; I am a big Moby fan myself and am I hope you enjoy his epic sounds as much as I am. Namaste. GIPSY MUSIC INTERNATIONALE Upload Facebook Subscription preferences Loading... Working... Traditional Music Channel

The Geometry of Energy in the Human Body How Your Energy System and Imagination Are Connected మానవ శరీరంలో శక్తి జ్యామితి Sadhguru: There is a certain geometry to the physical existence and to the energy existence. Musique d'AMERIQUE du SUD Upload Facebook Subscription preferences Loading... Working... The Wisdom of a Silent Mind When your sense perception contacts sense objects and you experience physical pleasure, enjoy that feeling as much as you can. But if the experience of your sense perception’s contact with the sense world ties you, if the more you look at the sense world the more difficult it becomes, instead of getting anxious—“I can’t control this”—it’s better to close your senses off and with a silent mind observe the sense perception itself. Similarly, if you’re bound by the problems that ideas create, instead of trying to stop those problems by grasping at some other idea, which is impossible, diligently investigate how ideas cause you trouble. At certain times, a silent mind is very important, but “silent” does not mean closed. The silent mind is an alert, awakened mind; a mind seeking the nature of reality.

How to Practice Mindful Self-Compassion: 6 Life-Changing Steps ⋆ LonerWolf Imagine you are in a theater watching a movie. It’s a suspense thriller. You have attached emotionally to the main character. The Pineal Gland: A Stargate To Time Travel The Pineal Gland is a hyper dimensional Stargate built into our human physiology which enables us to Time Travel. This technology was reverse engineered by the ancient Atlantean society. The stargate functions by the use of ordinary water, H2O. When shielded off from all of the electromagnetic references to our existing 3rd dimensional space/time… the water can shift and have a connection made to an inverted reality of time/space (3 dimensions of time and one dimension of space). When time/space has been entered there is access to one dimension of space and ability of movement through time…

This is What Happens When You Take a Vow of Silence For A Week A vow of silence (mauna) has one main focus — to awaken awareness. Cultivating awareness, means being in the present moment at all times and experiencing each and every action with full consciousness. If you are drinking a coffee, you don’t drink the coffee while reading a newspaper, all the while your mind is thinking about what tasks the day holds for you. You drink the coffee and are conscious that you are picking up the cup. Bruce Lee's Personal Writings on Willpower, Emotion, Behaviour, Memory, Imagination, and Confidence Bruce Lee (November 27, 1940–July 20, 1973) is best known for his performances in martial arts and films. But he was also one of the most underappreciated philosophers of our time. Being an Asian actor in the 60’s and 70’s meant Lee experienced difficult issues because of his race. Even after eventually breaking through the Hollywood troubles and being cast in a lead role, the studios still treated him like a brainless robot who was only there to entertain the masses with his impressive kung-fu skills. They even tried to cut out the philosophic parts from Enter the Dragon because they wanted an entertaining action flick.

Decoding signs of death by Lord Shiva Talking about death, even just thinking about it, creates fear in the minds of many. However, we all know that it is an unavoidable truth and that one who is born, will eventually die one day. This fact is well known, but still people fear the end of their lives. As per the Shiv Puran, Goddess Parvati asked Lord Shiva if there was some sign which pointed to death, which indicated that death was imminent, and about what one went through before their death?

Harnessing Your Inner Energies: How To Feel Your Chi Chi is an ancient Chinese term, which can be translated as energy. Similar to energy the word Chi can be used in both abstract and tangible terms. The word can be applied to both general concepts and spiritual wonders. Basically, the idea of Chi is rather ambiguous.