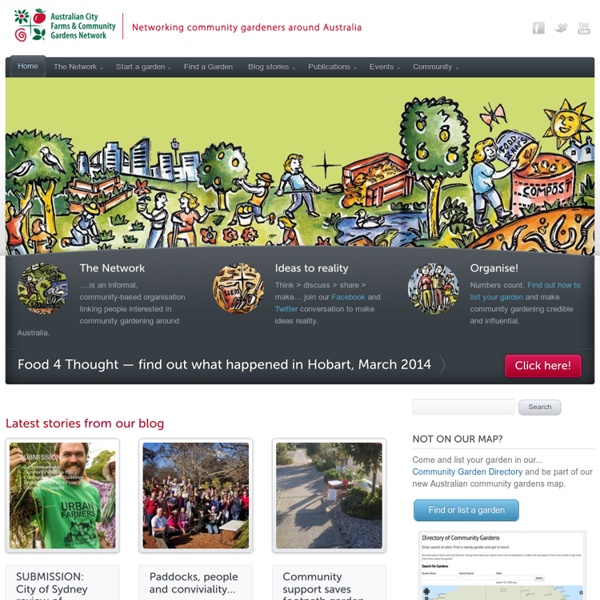 Melbourne penalizes city folk who grow veggies on vacant land By Christopher BantickWeekly Times First it was sea-changers then tree-changers that moved into country communities looking for rural bliss. The next migration may be vegie-changers. This is a likely scenario if Melbourne councils continue to whack sky-high rates on vacant land used for vegetable gardens. The latest Melbourne council to penalise – yes penalise – people growing fruit trees and vegetables on their own unbuilt land is Darebin. Why? Well, what use is it having a vacant block when it could be used for housing? It’s a punitive strategy. According to Darebin City Council chief financial officer Kerrie Jordan, upping council rates on vacant land comes with a clear intention. Rates on vacant land in Darebin are three times the levy on residential property. They are, wait for it, $2519 if you grow a few spuds on your own empty land! “We want to encourage land owners to develop vacant land to increase the supply of housing and to enhance the city’s vitality,” Ms Jordan says.

Food Sovereignty: 5 Steps to Cool the Planet and Feed Its People How the industrial food system contributes to the climate crisis Between 44% and 57% of all GHG emissions come from the global food system Deforestation: 15-18% Before the planting starts, the bulldozers do their job. Farming: 11-15% It is generally acknowledged that farming itself contributes 11-15% of all greenhouse gasses produced globally. Transport: 5-6% The industrial food system acts like a global travel agency. Processing & packaging: 8-10% Processing is the next, highly profitable, step in the industrial food chain. Freezing & Retail: 2-4% Refrigeration is the lynchpin of the modern supermarket and fast food chains' vast global procurement systems. Waste: 3-4% The industrial food system discards up to half of all the food that it produces, thrown out on the long journey from farms to traders, to food processors, and eventually to retailers and restaurants. Food sovereignty: 5 steps to cool the planet and feed its people 1. The food/climate equation is rooted in the earth. 2. 4. 5.

Farmers’ market study shows benefits for consumers, producers and community Farmers’ market study shows benefits for consumers, producers and community 06 Jun 2014 A study into Australia’s farmers’ markets has revealed that they provide a number of benefits to farmers, consumers and the communities in which they are situated. Funded and released by the Rural Industries Research and Development Corporation (RIRDC), the study considered farmers’ markets for four stakeholder groups – consumers, farmers, value added food businesses and local communities. The author of the report, Vicki Woodburn said the study identified a range of strengths and weaknesses of Australia’s farmers’ markets in relation to these four stakeholder groups. “The farmers’ markets not only provide an economically viable distribution option but also a platform for farmers and value added food businesses to grow their business, test their products with consumers and improve other aspects of their business, such as management approaches.

penrhos home page permaculture design and sustainable developmen Crazy Looking Bamboo Tower Creates 25 Gallons of Drinking Water Per Day From Thin Air! This crazy looking tower creates 25 gallons of drinking water per day from thin air. It’s basically an atmospheric water collector which gathers dew from the air. “…The 9 m tall bamboo framework has a special fabric hanging inside capable to collect potable water from the air by condensation…” It’s called the WarkaWater: “…The name ‘WarkaWater’ comes from the Warka Tree, a giant wild fig tree native to Ethiopia, traditionally used for public gatherings and school education. The simple and practical, yet elegant design powers out ahead of any of the commercial atmospheric water generators on the market which cost thousands more to build than this. This is a wonderful water generation idea, that’s inexpensive, and actually beautiful to look at. Water is life, and being designed after a tree. via: WarkaWater Comments comments

AFMA STRATEGIC PLAN 2014-2017 | Australian Farmers' Markets Association The AFMA Strategic Plan 2014 – 2017 provides a vital platform to review and inform the evolution of best practice farmers’ markets into the next three years throughout Australia. This Strategic Plan was informed via a consultative process with key stakeholders active in the Australian farmers’ market sector. It was also informed by key documents resultant from farmers’ market research conducted in Australia, such as the RIRDC research study 2014. Vision AFMA contributes positively to Australian agriculture, healthier communities and more sustainable food choices by supporting vibrant Australian farm economies and direct farm food production and supply to consumers. Mission AFMA will continue its evolution as a well-recognised national association that is strong, progressive and sustainable, and supports and promotes the viable growth and operation of authentic farmers’ markets nationally. Brief History What is a Farmers’ Market? AFMA defines farmers’ markets as those that are: Role of AFMA

Home These Floating Vertical Farms Are Designed To Bring Local Food To The Densest Urban Areas As one of the densest countries in the world, with nearly 20,000 people per square mile, Singapore doesn't really have room for farms. Almost all of the food there is imported from elsewhere--sometimes as far away as Brazil or Argentina. But could floating vertical farms make local food a reality? Architects from Barcelona-based design firm JAPA have proposed a new system of looping towers that could float in local harbors, providing new space for year-round crops. The unusual shape is intended to save space and maximize the light that reaches plants. Throughout the towers, a network of sensors would monitor crops and communicate in real time with networks in the city. Koryo Group[/caption] Though the design is just a concept, the architects hope to collaborate with the government in Singapore--along with local technology companies and food-related organizations--to keep pursuing it. Something similar could also be used in other countries with densely-populated coastlines.

Food Page Content The food industry is integral to Australia’s economic and social prosperity. It consistently accounts for around 20 per cent of domestic manufacturing sales and service income. Australia also has a reputation internationally as a modern, safe, reliable and sustainable producer of food. The overwhelming majority of food sold in Australia is grown and supplied by Australian farmers. We are able to export more than half of our agricultural produce, while more than 90 per cent of fresh fruit and vegetables, meat, milk and eggs sold in supermarkets are domestically produced. A comprehensive analysis of the Australian food industry is provided in the department’s Australian Food Statistics​ series. The Department of Agriculture and Water Resources​ is responsible for policy and programs that support a globally competitive and sustainable Australian food industry. We work with the Department of Industry and Science, which has a focus on the food processing and manufacturing sectors.

GRAIN — Home Nano Water Chip Could Make Desalination Affordable for Everyone With freshwater declining throughout the globe, desalination looks increasingly attractive, but current technologies are expensive, demand far too much energy and are prone to contamination. Now researchers from the University of Texas at Austin and the University of Marburg in Germany have developed a “water chip” that creates a small electrical field that separates salt from seawater. The technology, which is still under development and works at the nano scale, uses so little energy it can run off a store-bought battery! The researchers apply a 3.0 volt electrical charge to the plastic water chip, which has a microchannel with two branches. By creating an “ion depletion zone” with an embedded electrode that neutralizes chloride ions, they are able to redirect the salts in the water down one channel, while the fresh water goes down another. A small startup called Okeanos Technologies has been created to continue developing the technology. + Okeanos Technologies Via Treehugger