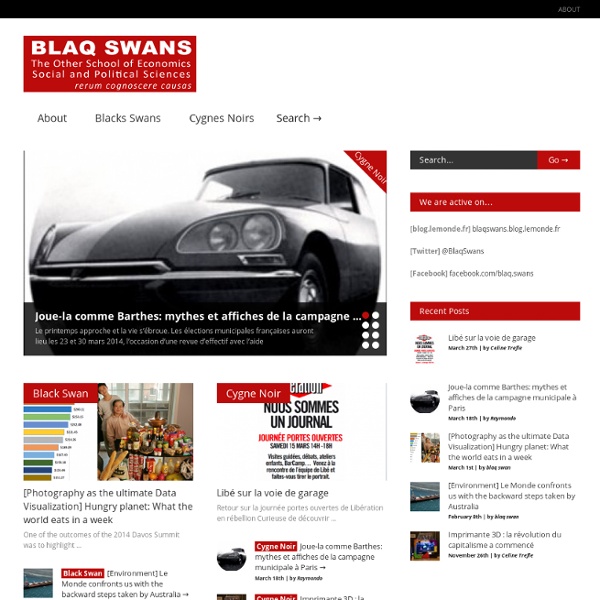 University Relations Publishing RAD Zone1 CFA Institute has resources to help you in your pursuit of excellence in higher education, whether you’re teaching or learning. From complimentary teaching resources to student-focused career advice, check out the resources available for you. Resources for Students Resources for Professors CFA Program Partners storyboards What is a storyboard? Once a concept or script is written for a film or animation, the next step is to make a storyboard. A storyboard visually tells the story of an animation panel by panel, kind of like a comic book. Your storyboard will should convey some of the following information: What charaters are in the frame, and how are they moving? What are the characters saying to each other, if anything?

Social curation finds an audience: Pearltrees reaches 10M pageviews With its slick visual interface for bookmarking content, Pearltrees is unique enough that I’ve been both impressed and slightly skeptical that a mass audience will actually use it. But it looks like the site has found plenty of users. The French startup just announced that it crossed two big milestones in March: It has more than 100,000 users curating links, and it received more than 10 million pageviews. Not only does that show the concept is resonating, but it also suggests Pearltrees could reach the scale where it can build a real business around advertising or by offering premium accounts for publishers.

What the heck is an interest graph? Pearltrees raises $6.6M to show us Social curation startup Pearltrees has just sealed a deal for €5 million (around $6.6 million), all in the name of creating a better interest graph. Much is being made in current social media circles of the “interest graph” concept, which is more about what you know than who you know, and which purportedly has strong connections to purchase intent and other matters of concern to online marketers. Put differently, while social networks like Facebook focus on what you have in common with your friends and how you react to friends’ recommendations, interest graph-based models (like the ones behind Pinterest, GetGlue or Foodspotting) make social connections based on shared interests, not the other way around. “Pearltrees has leveraged social curation to create an open and collaborative interest graph of the Web,” said Pearltrees CEO Patrice Lamothe in a release. “As a consequence, Pearltrees harnesses the power of people to organize and discover the most valuable content on the web”, he said.

Beyond Beyond ™ – UK Wedding Blog // International Wedding Blog // Well, we are dusting off our obligatory black armband over in Beyond Beyond land for one of our most favourite shops ever – Early Bright (mega sad face) they have been the purveyors of some delicious and inspirational bling that is more art than jewellery. And we just want to share one of the most beautiful pieces every a wish in a jar. We used to shake dandelion bushes when we were little in the vain belief that we would get a Barbie dream house, Michael Jackson tickets, the ability to breakdance overnight (although we never progressed beyond being able to do backspins), millionaire moolah, or our favourite wish was that we had been dropped off at the wrong house (sorry parental units) and we were really the offspring of some family with the financial clout of Daddy Warbucks and the Rothschild’s combined. About the author I'm the big kahuna with the whole shebang.

Eisenstein's montage theory Montage--juxtaposing images by editing--is unique to film (and now video). During the 1920s, the pioneering Russian film directors and theorists Sergei Eisenstein and Dziga Vertov demonstrated the technical, aesthetic, and ideological potentials of montage. The 'new media' theorist Lev Manovich has pointed out how much these experiments of the 1920s underlie the aesthetics of contemporary video. Eisenstein believed that film montage could create ideas or have an impact beyond the individual images. Two or more images edited together create a "tertium quid" (third thing) that makes the whole greater than the sum of its individual parts. Eisenstein's greatest demonstration of the power of montage comes in the "Odessa Steps" sequence of his 1925 film Battleship Potemkin.

Pearltrees Brings Your Interest Graph' to the iPad One of the more buzzword-y buzzwords in Silicon Valley right now is the "interest graph," which is supposed to connect people and the topics that they're interested in. Lots of startups promise to tap into the interest graph, but Pearltrees CEO Patrice Lamothe says a new app from his startup is "maybe the first time you actually see an interest graph." The new feature, which Lamothe variously describes as "visual discovery" (his pitch to the tech press) and "related interests" (what it's actually called in the app), is included in the just-launched iPad application from the previously Web-only company. Related interests have also been added to the Pearltrees website, but Lamothe is clearly more excited by the iPad version—he warned that the Web experience probably isn't quite as good.

Pearltrees on Wikipedia Pearltrees refers to itself as "a place for your interests".[8] Functionally the product is a visual and collaborative curation tool[9][10][11][12] that allows users to organize, explore and share any URL they find online as well as to upload personal photos, files and notes.[13] The product features a unique visual interface[14][15] that allows users to drag and organize collected URLs, and other digital objects.[16] that themselves can be further organized into collections and sub-collections,[17] (URLs). Users of the product can also engage in social/collaborative curation using a feature called Pearltrees Teams.[18] Pearltrees was founded by Patrice Lamothe, CEO,[22] Alain Cohen, CTO,[23] Nicolas Cynober, Technical Director,[24] Samuel Tissier, Ergonomy/UI[25] and Francois Rocaboy, CMO.[26] History[edit]

Pearltrees makes Web curation a joy with its 'magical' new iPad app Not many tech CEOs would have the guts to describe their products as “magical” and as delivering “pure happiness”, but that’s exactly how Pearltrees‘ Patrice Lamothe describes the startup’s iPad app released today. You know what? He may just be right. Pearltrees App: A Virtual Bookmarking Tool "Cultivate Your Interests" How many websites do you find, that actually let you do that in a glitch free manner? A handful probably. Pearltrees is one exception in this case. Founded in 2007 and launched in 2009 by Patrice Lamothe and others at Paris, the site instantly broke the record by having 10,000 registered users instantly.

It's funny we do internally the same comparaison - DOS text vs. Macintosh/Windows. The more you can talk about us, the better ;-) by wallen Dec 14