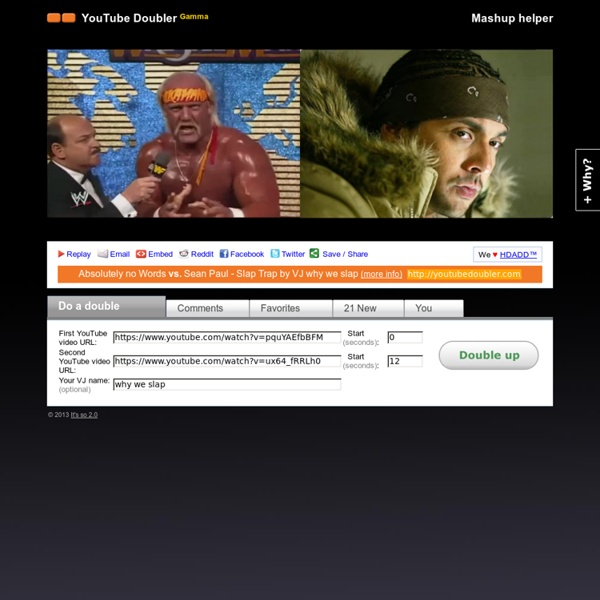 20+ Websites to Download Creative Commons Music For Free Editor’s note: For a newer, updated version of this post, check it out here. If you’ve wondered where many of those YouTube videos get their background music from, you’ve come to the right place. Music with Creative Commons licenses are music compositions written, produced and shared by people who do not charge anything when you use their music for your own use, commercially or non-commercially. Basically, they make the music and keep ownership and copyright of it and you get the permission to use it for your videos, film or small multimedia productions, as long as you credit the creator properly. There are many sites out there that house music with Creative Commons licenses, sites where you can download music for free (and legally). Recommended Reading: 55 Great Websites To Download Free Sound Effects Jamendo Jamendo has more than 350,000 audio files on their database, which includes music in a few different languages and from different countries. Freesound ccMixter Kompoz SoundCloud BeatPick

Building a custom HTML5 video player with CSS3 and jQuery - Opera Developer Community By Ionut Colceriu Introduction The HTML5 <video> element is already supported by most modern browsers, and even IE has support announced for version 9. There are many advantages of having video embedded natively in the browser (covered in the article Introduction to HTML5 video by Bruce Lawson), so many developers are trying to use it as soon as possible. The other major barrier to consider is building up a custom HTML5 <video> player — this is where a Flash-only solution currently has an advantage, with the powerful Flash IDE providing an easy interface with which to create a customized video player component. And this is where this article comes in. We'll use jQuery for easier DOM manipulation, and jQuery UI for the slider controls used for seeking and changing the volume level. Video controls As professional web designers, we want to create a video player that looks consistent across browsers. Basic markup for controls Packaging the player as a jQuery plugin $('video').gVideo(); Summary

Native Instruments Maschine v1.5 update review - by Chris Cartledge - June 2009 Reviewer: Chris Cartledge • Date: August 2010 • Price: £475/$599/€575 • Link:NI Introduction When I reviewed Maschine's initial incarnation over a year ago, there was no single thing on the market that did what it did. Fast forward to today… and there still isn't. Not content, however, with carving a niche and sitting smugly inside it, Native Instruments have listened to user criticisms and suggestions and delivered a substantial update – free of charge. When planning this review I realised that once again, there were to be a lot of words - testament to the quality and sheer number of features and fixes that this update, which is somewhat stunningly a free point release, brings to the table. The Main Ingredient Despite my relatively glowing review of Maschine 1.0, as time went by little niggles began to turn into big qualms. "Anything You Can Do…" Holding Hands Maschine 1.0 ought to have come with a disclaimer: Warning: Does not play well with others. Content, Content, Content In Conclusion

Space Settlement 039;s Space Rock Fate of Universe revealed by galactic lens 19 August 2010Last updated at 19:33 By Howard Falcon-Lang Science reporter The huge galactic cluster known as Abell 1689 acted as a cosmic magnifying glass A "galactic lens" has revealed that the Universe will probably expand forever. Astronomers used the way that light from distant stars was distorted by a huge galactic cluster known as Abell 1689 to work out the amount of dark energy in the cosmos. Dark energy is a mysterious force that speeds up the expansion of the Universe. Understanding the distribution of this force revealed that the likely fate of the Universe was to keep on expanding. It will eventually become a cold, dead wasteland, researchers say. The study, conducted by an international team led by Dr. Dark energy makes up three-quarters of our Universe but is totally invisible. Light bends around massive galaxy clusters, allowing distant objects to be seen Abell 1689, found in the constellation of Virgo, is one of the biggest galactic clusters known to science. Cold comfort

Soul-Sides.com matt.cc CB We Opened a Record Shop June 19th, 2015 My friend 12manrambo and I just opened a small record store here in Oakland, CA. It is called Park Blvd Records & Tapes. The address is 2014 Park Blvd, up the street from the old Parkway Theater and around the corner from Lake Merritt which is the greatest lake. You can follow us on Instagram, Twitter, the World Wide Web and Facebook. Best Rap, 2014 December 16th, 2014 I’m going fishing with these little bitty shrimp dips. Mr. September 24th, 2014 Trouble Funk f/ New York Incorporated Live @ The Maison, New Orleans 8/16/14 Or Washington comes to Mr. Gladiator On Deck July 31st, 2014 Video via someone else’s instagram, ioeno. Last night the great Baton Rouge, LA rapper Kevin Gates performed to a sold out crowd at the New Parish in Oakland, CA. Stunt This Summer July 8th, 2014 Bas f/ J.

Off Franklin – A Tumblr theme made with media in mind - Some Random Dude Content friendly The interface was designed to work well with all forms of Tumblr content. The interface is intended to simply stay out of the way on a post’s individual page. Posts with content small or large work just fine. Easy customization The theme opted for a simple white-level color system as opposed to content-specific colors. Efficient index layout Off Franklin’s front page uses the wonderful Masonry jQuery plugin, which allows for an efficient use of space. Full Tumblr Support The April 19, 2010 release now supports Tumblr’s page feature. Off Franklin loves Iconic The theme was designed specifically to work with the icon set. Free to use This theme is currently licensed under the Creative Commons Attribution-Share Alike 3.0 license.