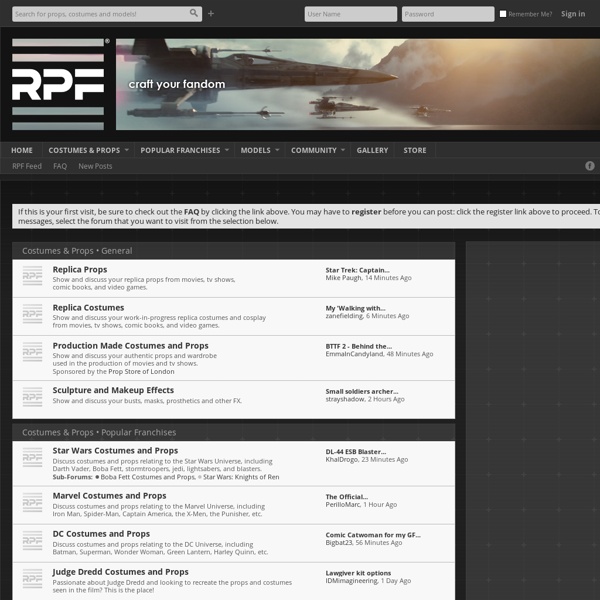 The Secret to High-Tech Armor in "Iron Man 2": 3D Printing on Demand Share on Tumblr Email Bruce Wayne had to sweet-talk Morgan Freeman into girding his Bat-loins with heavy Bat-artillery, but Tony Stark, an engineering virtuoso himself, cajoled not a soul. In a case of life imitating art, the production team behind Stark’s iconic body armor relied on neither CGI nor gadget-minded elder statesmen, but a bleeding-edge prototyping technology commonly known as 3D printing.

Polymer Clay Sculpting Tips and Tutorials 1: Keep a wet washcloth or wet wipes (baby wipes) on hand to keep you hands clean while sculpting. Any little piece of dirt of pet hair your hands pick up will stick to your sculpt. 2: Get a lazy susan, it’s a simple thing but being able to turn your sculpts easily is really helpful. I found a great 14″ diameter bamboo one for $10, so not a big investment. 3: Mirrors are your friend. A great way to tell if you have something lopsided is to look at it reversed in a mirror, it really brings out any problems.

stencil with freezer paper (harry potter tee) Yes, I am a nerd. I came up with a brilliant idea for a Harry Potter t-shirt and I couldn't resist. "Expecto Patronum!" However, you can make whatever kind of design you want with a freezer paper stencil. It doesn't have to be Harry Potter related. Maschinen Kruger The HAFS Goblin is a Mercenary Heavy Armored Fighting Suit developed on the HAFS Jerry chassis. A new torso/hull was developed which incorporated the armor protection and indirect sighting advantages of the SAFS. 2x three tube missile launchers in armored housings are located on either side of the hull. There is no additional armament. This scene depicts a Goblin in the Rocky Mountain region during the Mercenary counterattacks against SDR bases on the North American continent.

A new twist for animated movies (Photo credit: Chris Mueller, Wired) Generally, traditional stop-motion animation uses clay figures or other types of figurines as the “puppets,” which are photographed for one frame, then moved and manipulated a bit, and then photographed again for the next frame. The series of these frames, of course, becomes the movie.

Making a Zombie: A Step-by-Step Guide from the “Walking Dead” Makeup Team 1. The “Walking Dead” makeup team fits actor Kevin Galbraith with a bald cap and accentuate his high cheekbones to make them look sunken. 2. Starship Modeler - ERTL's AT AT was in my opinion one of their most accurate Star Wars kits. Even if you build it straight from the box you'll get a really nice kit for your money. However I saw the potential for this model to shine and chose to get it as close as possible to the studio miniatures. N-75 (tutorial added Pg. 2) + new movies Pg. 8 Hi here is a step by step of my last character N-75Thebest thing with Zbrush is that even if you suxx in tech as I, you cancreate amazing models, and have a cool render. 01interface : Inever add quick brush icons in my interface, i prefer the shortcuts,for example « b » for open the brush panel, « m »reduce the choice to the bushes that start with the letter « m »and finally « v » for have the move brush, It is so fastto change brushes, no need to think or find it in the interface.Really fluid .Click here to view the original image of 1920x1200px. 02The Head : UsuallyI started with a speed, I have more life in my sculpts when I do themin a short time, because I go at the essential of him.Istarted with the Dynamesh sphere, so I have no base, and no shapes tofollow, like starting with white sheet. FirstI create the head of the character, using the amazing dynamesh, withthis tool you have just no limits, and go where you want, leavingyou imagination escape!

Behind The Scenes Shots From Popular Movies Movies were first introduced and shared with the masses in late 19th century, and since then it has captured the attention of millions of audiences. We are totally accustomed of these films which are full of classic hits, drama, action, thrill and romance. But there is a whole different world behind these scenes.