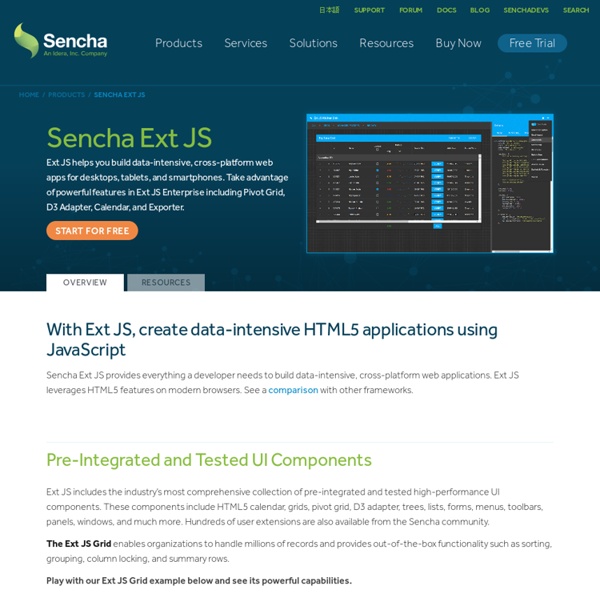 jQuery: The Write Less, Do More, JavaScript Library NASA Earth Observatory jQuery Dirty Forms, Save your users from losing their data Dirty Forms is a flexible jQuery plugin to help prevent users from losing data when editing forms. Dirty Forms will alert a user when they attempt to leave a page without submitting a form they have entered data into. It alerts them in a modal popup box, and also falls back to the browser’s default onBeforeUnload handler for events outside the scope of the document such as, but not limited to, page refreshes and browser navigation buttons. Oh, and it’s pretty easy to use. For best results use in conjunction with livequery (by Brandon Aaron) Example Try editing the input below, then clicking a link anywhere on this page or click the Am I Dirty? Want more? Download Download it at GitHub: But Aren’t There Other Plugins Like This? Existing solutions were not flexible enough, so I wrote this to make sure that all of our use cases at Learnable would be supported. The entire modal / dialog functionality can easily be swapped out, it uses facebox by default.

Dataflow Diagram for illustrating notation The dataflow diagram above is taken from the Acme Fashion feasibility study. It's the top level (aka level 1) current physical version. It's a good enough basis to describe the notation used in DFDs, though doesn't show every variant (see Dataflow Diagram Variants later on the page) of each symbol in use. Enclosing box The enclosing box represents the scope of the area under study on this DFD. For the top level DFD, as shown here, in the boxed-off area at the top goes the project name or some derivative of it and the DFD variant (i.e. External Entities External entities represent people, IT systems, or other organisations that are external to the system under study and are the source / recipient of data. Note that if an external entity is an IT system, then you're talking about some form of interface, maybe manual, maybe automated. To help stop the confusion caused by crossing lines on the diagram, it often helps to use the same external entity more than once. Processes Making up the numbers

43 Folders Series: Inbox Zero These are posts from a special 43 Folders series looking at the skills, tools, and attitude needed to empty your email inbox — and then keep it that way. You can visit each of the posts by clicking the title. And don’t miss the “Related Articles” for our all-time popular posts on productively dealing with email. Looking for the Inbox Zero video? The full 1-hour video for Merlin’s Inbox Zero presentation at Google is available for free down here — or check out this post about the video and slideshow. Posts in the Inbox Zero series 43F Series: Inbox Zero [Introduction] - “Clearly, the problem of email overload is taking a toll on all our time, productivity, and sanity, mainly because most of us lack a cohesive system for processing our messages and converting them into appropriate actions as quickly as possible.”Inbox Zero: Articles of faith - “When I first suggested the email DMZ and said there was a way to get your inbox to zero in 20 minutes, I wasn’t lying. Related articles

requirements analysis and specification To follow this briefing study guide you'll likely be a good fit to some of: a student following business studies or a computing-related course a project manager looking to understand BA work better an agent in one of the freelance agencies, looking to be able to communicate better with a potential client by improving your knowledge of Business Analysis and its techniques. a junior do-it-all-using-notes-and-ad-hoc-diagrams business or systems analyst a systems analyst who wants to move into business analysis an in-house BA in an organisation that's a bit chaotic, looking for something to bring a quantum change in quality to the work for the minimum impact, pereto style (if you do nothing but DFDs, you'll see a sea change). freshly out of university and working for one of the big consultancies If you're in the last category, you have some great qualities: energy, enthusiasm to learn, inquisitiveness and so on.

Scarlet Mist - buy/sell spare music gig and Festival tickets ethically The RIAA Situation- Explained. | The RIAA Took My Baby Away | Jukebox, my music player application for Facebook, has over 44,000 songs in its database. It originated as a project I wrote just for fun this summer, mainly because I was bored and because I wanted to play with the Facebook API. I was pretty disappointed with the other popular music apps at the time, and thought I could contribute something. With that said, it probably should have come as no surprise to me that my program would eventually gain the attention of the RIAA. I knew this, but I also didn’t think it would happen to Jukebox. The letter came anyway. Is it any surprise that a corporation that proudly boasts that it represents “approximately 90% of all legitimate sound recordings produced and sold in the United States” can claim any music sharing service online infringes on their copyrights? My housemate and good friend Rich connected me to a lawyer at Harvard Law School, Sam Bayard. It was just not feasible for me to sort out this entire issue in 48 hours.

Google Earth brings virtual tourism to iPhone | Apple - CNET News Correction made on October 27 at 9:40 a.m. PDT: See details below. SAN FRANCISCO--Google already has customized some of its Web sites for display on the iPhone, but now the company also dived headlong onto Apple's highly regarded mobile phone with a full-fledge application, a handheld version of its Google Earth geographical software (download for Windows and Mac). Google Earth lets people virtually fly around a 3D view of the world made from satellite and aerial imagery mapped onto the planet's mountains and valleys. The iPhone version reproduces this core experience, downloading imagery from Google's servers as the perspective shifts and dotting the map with landmarks, photos, and other information. "The idea of having Earth on a mobile device is something people dreamed of back to the Keyhole days and before," said Peter Birch, Google Earth's product manager, referring to the satellite imagery company Google acquired in 2004. "Macs have multitouch on them," Birch said.