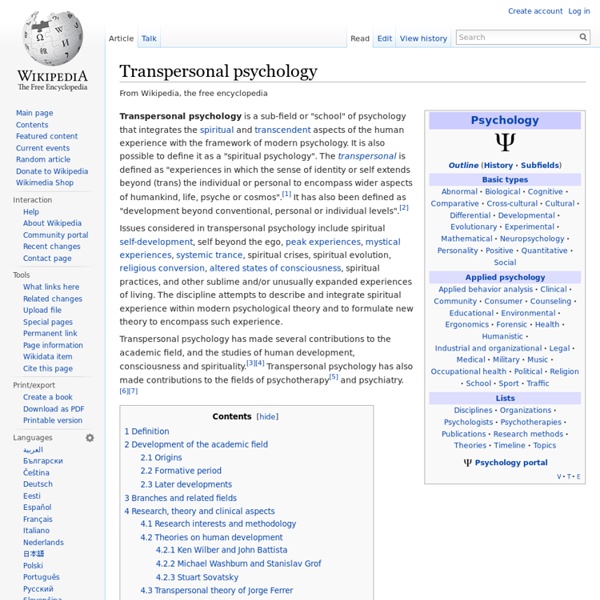 Synesthesia How someone with synesthesia might perceive (not "see") certain letters and numbers. Synesthetes see characters just as others do (in whichever color actually displayed), yet simultaneously perceive colors as associated to each one. Synesthesia (also spelled synæsthesia or synaesthesia; from the Ancient Greek σύν syn, "together", and αἴσθησις aisthēsis, "sensation") is a neurological phenomenon in which stimulation of one sensory or cognitive pathway leads to automatic, involuntary experiences in a second sensory or cognitive pathway.[1][2][3][4] People who report such experiences are known as synesthetes. Difficulties have been recognized in adequately defining synesthesia:[5][6] many different phenomena have been included in the term synesthesia ("union of the senses"), and in many cases the terminology seems to be inaccurate. Only a fraction of types of synesthesia have been evaluated by scientific research.[11] Awareness of synesthetic perceptions varies from person to person.[12]

Gerontology Gerontology (from the Greek γέρων, geron, "old man" and -λογία, -logy, "study of"; coined by Ilya Ilyich Mechnikov in 1903) is the study of the social, psychological and biological aspects of aging. It is distinguished from geriatrics, which is the branch of medicine that studies the diseases of older adults. Gerontologists include researchers and practitioners in the fields of biology, medicine, criminology, dentistry, social work, physical and occupational therapy, psychology, psychiatry, sociology, economics, political science, architecture, geography, pharmacy, nursing, public health, housing, and anthropology.[1] Gerontology encompasses the following: The multidisciplinary nature of gerontology means that there are a number of subfields, as well as associated fields such as psychology and sociology that overlap with gerontology. History of gerontology[edit] It was not until the 1940s, however, that pioneers like James Birren began organizing gerontology into its own field.

On Being Sane In Insane Places On Being Sane In Insane Places David L. Rosenhan How do we know precisely what constitutes “normality” or mental illness? Conventional wisdom suggests that specially trained professionals have the ability to make reasonably accurate diagnoses. If sanity and insanity exist, how shall we know them? The question is neither capricious nor itself insane. To raise questions regarding normality and abnormality is in no way to question the fact that some behaviors are deviant or odd. At its heart, the question of whether the sane can be distinguished from the insane (and whether degrees of insanity can be distinguished from each other) is a simple matter: Do the salient characteristics that lead to diagnoses reside in the patients themselves or in the environments and contexts in which observers find them? This article describes such an experiment. The eight pseudopatients were a varied group. The settings are similarly varied. The experiment is instructive.

Sources of the Self Summary[edit] The book "is an attempt to articulate and write a history of the modern identity... what it is to be a human agent: the senses of inwardness, freedom, individuality, and being embedded in nature... in the modern West. Part I: Identity and the Good[edit] Before considering the sources of the modern identity, Taylor illuminated the inescapable and yet often unarticulated, or unseen, moral frameworks within which contemporary moral values exist. Taylor illuminated and emphasized the moral framework for our values because he felt it had become invisible to many in contemporary society. Taylor responded to this objection by discussing identity. Taylor recognizes another, more sophisticated, form of naturalism that he referred to as projectionist naturalism. The best account of human life, Taylor argues, must account for the moral sources that orient our lives. Part II: Inwardness[edit] In Homeric times, a central constitutive good was the warrior ethic.

Hypostatic model of personality Matryoshka dolls provide a visual representation of the multiplicity and complexity of personality. The work on subpersonalities was summarized by John Rowan in 1990.[2] The term hypostatic model was used by Codrin Tapu in 2001.[3] The model describes personality aspects and dimensions, as well as intra- and interpersonal relations. Not the person whole and alone, nor the relationship, but the relation between parts of person(s) is held as a central element that promotes both personal and social organization and disorganization. Personality is viewed as both an agency and a construction, along with its development and psychopathology, as the model is accompanied by specific methods of assessment and therapy, addressing each of the personality dimensions. Historical background[edit] Origins and terminology[edit] Hypostatic abstraction Variants and evolution: selves and dimensions[edit] Selves according to William James Towards a contemporary integration[edit] Description[edit]

Impostor syndrome Impostor syndrome (also known as impostor phenomenon, impostorism, fraud syndrome or the impostor experience) is a psychological pattern in which an individual doubts their accomplishments and has a persistent internalized fear of being exposed as a "fraud".[1] Despite external evidence of their competence, those experiencing this phenomenon remain convinced that they are frauds, and do not deserve all they have achieved. Individuals with impostorism incorrectly attribute their success to luck, or as a result of deceiving others into thinking they are more intelligent than they perceive themselves to be.[2] While early research focused on the prevalence among high-achieving women, impostor syndrome has been recognized to affect both men and women equally.[1][3] Impostor phenomenon is not a mental disorder, yet there is research describing various management styles for this internal experience. History[edit] Prevalence[edit] Symptoms[edit] Measuring impostor phenomenon[edit] Occurrence[edit]