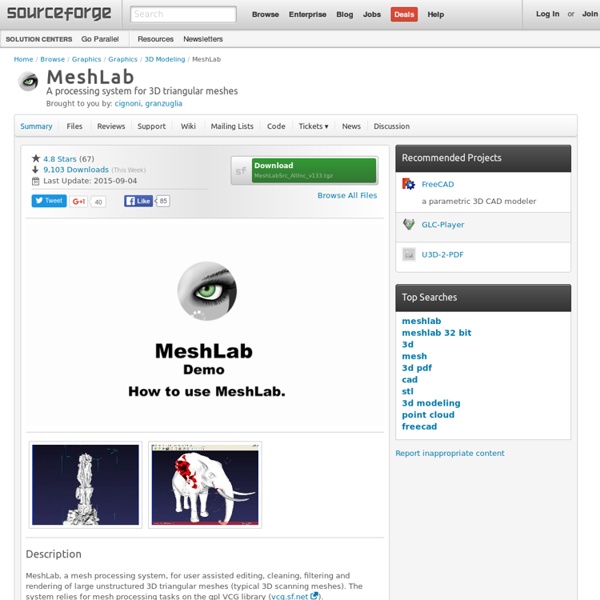 Studio Basic netfabb Basic is available to anybody, it is free just like in free beer, and runs on Windows, Linux or Mac. netfabb Basic is not just a viewer, it provides mesh edit, repair and analysis capabilities to everyone already being or aspiring to become part of this fantastic, growing, creative, high-tech industry called Additive Manufacturing, Rapid Prototyping or 3D Printing. netfabb Basic is available and is just one click away. Its compact size of only a few megabytes allows a quick download, an easy installation and the handling of STL and slice files within seconds. Due to its highly modular design, netfabb Basic includes a variety of useful features while staying the fast and effective viewing application it is meant to be. netfabb Basic features the same user interface as netfabb Professional and the *.fabbproject file standard of netfabb Studio is identical in both Basic and Professional. For a comparison of the features of netfabb Basic and netfabb Professional please click here.

Scanalyze: a system for aligning and merging range data Scanalyze is an interactive computer graphics application for viewing, editing, aligning, and merging range images to produce dense polygon meshes. It was the primary tool used in the Digital Michelangelo Project (1997-2004) to assemble 3D models of Michelangelo's statues from laser range data. It was also used heavily in the Digital Forma Urbis Romae Project (1999-2006). This software distribution contains the source code for Scanalyze, as well as binaries compiled for SGIs (running IRIX) and PCs (running Linux or Windows). It is being made available for research and commercial use, free of charge, as described at the bottom of this web page. Table of contents Overview of the Scanalyze system Scanalyze processes three kinds of files: triangle-mesh PLY files (extension .ply), range-grid PLY files (also with extension .ply), and SD files (extension .sd). Scanalyze is capable of displaying hundreds of PLY or SD files at once. After alignment and merging, most meshes still contain holes.