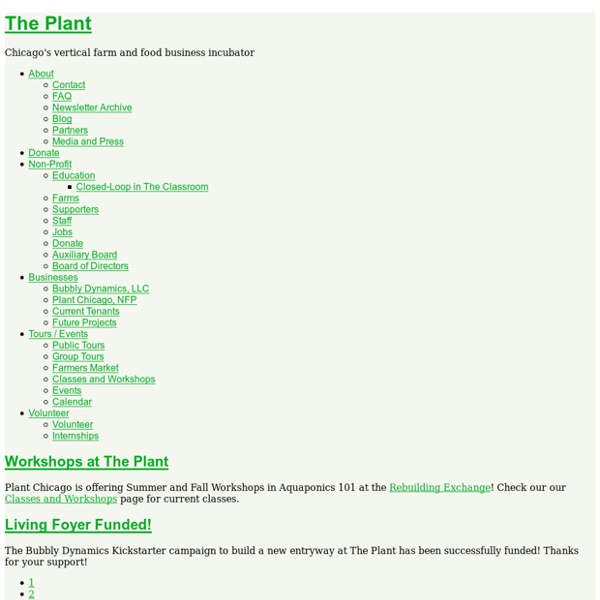 Vertical Garden Design Another three vertical gardens at the fairs. View project Three green walls at Malmö University. View project Indoor vertical garden in Replay’s flagship store in Barcelona. London Bridge Future Powered By Solar and Stimulating The Economy With Fresh Produce London bridge will be all pimped up in the future assuming this plan can come to fruition. Futuristic designs suggest solar energy generators with a towering vertical farm. The latest design by Laurie Chetwood, envisions London Bridge as a sustainable structure, which generates renewable energy and organic food for the people of London. GoSun Grill: A Breakthrough Solar Oven that Cooks at Night by Patrick Sherwin Risks and challenges Timeline: We refuse to compromise on the quality of our products. During the manufacturing process of the GoSun Sport in early 2014, we established an extensive quality assurance plan, which caught some mistakes, and in turn, delayed the fulfillment of our product for months. We’ve learned to be extremely accurate and completely transparent with our backers regarding the latest developments.

The Future of Agriculture We have a new website under development that should launch in the next 4 weeks. Please stay tuned! Like this: Like Loading... Create your own Vertical Garden Vertical gardening is a fun, creative way to grow plants in urban spaces! Below is just a sample of what you can create with ready-to-go planters and kits. The first few images are of GroVert Vertical Gardening Systems by Bright Green. Proposal For London Bridge Has Solar Power, Vertical Farm London Bridge isn't falling down, it is just really boring. It used to be an exciting place, an inhabited bridge full of shops and taverns, but they got rid of all that centuries ago and replaced it. A few decades ago, they took the 1831 version apart and sold it to an Arizona real estate developer . But the idea of London Bridge is 800 years old this week, and the Royal Institute of British Architects and the wonderfully named Worshipful Company of Chartered Architects ran an architectural competition to design a new inhabited bridge.

Human-Powered Gyms: For Your Health—and the Earth's As we desperately search for alternative energy resources, one market has managed to capitalize on perhaps the most available and efficient source of energy around—humans. Sustainable gyms have already appeared in Hong Kong, Australia and Oregon—and are spreading to Europe and other parts of the world. Using generators connected to exercise bikes and treadmills, the gyms are able to power themselves by harnessing energy from their members’ workouts. The First Sustainable Gym The idea for sustainable gyms was conceived by Italian inventor Lucien Gambarota.

12 Vertical Garden Tutorials There's a saying in the construction biz. It goes something like this: If you can't build out, build up. It's also the fuel that started the vertical gardening craze. My Vertical Hydroponic Growing Setup My Vertical Hydroponic Growing Setup When I built my hydroponic growing setup, I designed it with one main thing in mind - space, or rather the lack of it. Of all the Hydroponic Setups I had seen and researched on YouTube and the web, pretty much all of them seemed to have been built using a large footprint and take up a lot of space. What I wanted was a vertical system I could fit against a wall, so it only protruded by a few inches, yet provided enough growing area to provide a suitable yield and make it worthwhile. After failing to find any design that would fit my needs, I set about designing my own. I didn't really know what I was doing, but I figured "how hard could it be?"

Can Do—Even in a Condo: How to Go Solar My husband and I never thought we could heat our Chicago condominium unit with solar energy—we don’t even own exclusive roof rights on our building. But we noticed the roof had space for solar panels and good solar exposure, and this potential was completely untapped. Our condominium unit is now equipped with a 1.7-kW solar system that generates more than enough power for our unit. Here’s how we did it. Getting permission DIY Vertical Garden A DIY Vertical Garden Example Ever since coming across Patrick Blanc’s vertical garden I’ve been interested to observe how this technology might transform the home gardening scene. I mean, it’s only a matter of time before we begin running out room for gardens to grow on a horizontal plane.

Real Live Vertical Farm Built In South Korea, Churning Out Lettuce Image Credit Rural Development Administration We have been showing conceptual vertical farms for years, but in Suwon, South Korea they have one working and producing vegetables. It is a little three storey demonstration project in a nondescript building (image here), operating much like Dickson Despommier has described in his book, The Vertical Farm, right down to the airlocks and sterility he suggests is required. Fabian Kretschmer and Malte E.

Ecomobile: A Green Mobile Home In A Spiritual Trailer Park Images unless noted: Findhorn Foundation While following the development of small green prefabs, It has become increasingly clear that you cannot separate the home from the context, and that what we really need is a sort of green trailer park, where people can own their unit but share common resources. It turns out that it exists, and has since 1962; Dr.