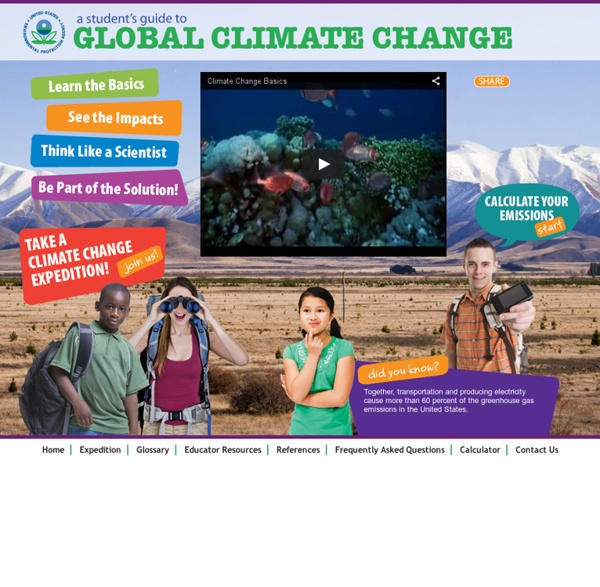 Related:  Let's save the planet

The Child Labor Education Project Today, approximately 215 million children, many as young as five, are involved in child labor around the globe. Child labor is work that harms children or keeps them from attending school. It involves work by children under conditions that are hazardous, illegal, or exploitive. The Child Labor Public Education Project of the University of Iowa Labor Center and Center for Human Rights provides educational workshops and materials on a range of issues regarding child labor in the U.S. and other countries: causes and consequences of child labor history of child labor in the U.S. effects of child labor on children’s health and workers’ rights and international issues such as workers’ rights, trade, and economic policies. Note: The adult and k-12 workshop materials available on this website may be downloaded and distributed at no charge. The Child Labor Public Education Project is supported by U.S. This document does not necessarily reflect the views or policies of the U.S.

See the Impacts | A Student's Guide to Global Climate Change | US EPA Source: NASA/courtesy of nasaimages.org. The Earth's climate is getting warmer, and the signs are everywhere. Rain patterns are changing, sea level is rising, and snow and ice are melting sooner in the spring. As global temperatures continue to rise, we'll see more changes in our climate and our environment. Less rain can mean less water for some places, while too much rain can cause terrible flooding. Observing Our World EPA uses indicators to track how the environment changes over time. (<a href="indicators/slideshow-alt.html">Alternative version</a>) to learn more. Alternative version for screen reader user Did You Know? The world's oceans are warmer now than at any point in the last 50 years.

Your meat addiction is destroying the planet “Jesus,” Molly said, her own plate empty, “gimme that. You know what this costs?” She took his plate. On Monday, August 5th, 2013, at a television studio in London in front of around 100 people, Dr. Sticky TOC engaged! For Brin, a billionaire who wears Google Glass in the promo video for the Cultured Beef project, maybe that’s true: he’s already living in a future where man can augment himself and surpass any obstacle. If they succeed, they would be part of a long and concerted effort to change the way that we, the human race, eat every single day. A growing consensus among scientists, doctors, environmentalists, and animal rights activists suggest that our current system of food — specifically meat — production is not sustainable. And yes, that sounds like science fiction, Sergey. The Hunters The hunters Men and animals evolved together on the planet over the course of thousands of years, with a supportive relationship crucial to our evolution. The Factory The factory A planet in danger

Farm Worker Issues : National Farm Worker Ministry Agricultural work is hard work. In order to feed the country, an estimated 2-3 million farm workers labor in the fields across the United States, including handpicking the vast majority of fruit and vegetable crops produced here. In many cases these workers are young adults or even children; in all cases, farm workers are excluded from important national labor protections that other workers possess. The role of farm workers is one of the most vital jobs, and yet it’s also one of the most dangerous and least adequately compensated. For their demanding physical labor, farm workers earn, on average, between $12,500 to $14,999 a year for individuals and $17,500 to $19,999 for a family. In a movement to turn this system around, farm workers are organizing to demand a seat at the table with the people and institutions that have the ability to change their inhumane working and living conditions.

It’s Not Your Imagination. Summers Are Getting Hotter. - The New York Times Summer temperatures in the Northern Hemisphere Extraordinarily hot summers — the kind that were virtually unheard-of in the 1950s — have become commonplace. This year’s scorching summer events, like heat waves rolling through southern Europe and temperatures nearing 130 degrees Fahrenheit in Pakistan, are part of this broader trend. The chart above, based on data from James Hansen, a retired NASA climate scientist and professor at Columbia University, shows how summer temperatures have shifted toward more extreme heat over the past several decades. To create the bell curves, Dr. Since then, summer temperatures have shifted drastically, the researchers found. Practically, that means most summers are now either hot or extremely hot compared with the mid-20th century. For each time period above, the distribution of summer temperatures forms what is known as a bell curve because most measurements fall near the average, forming the bump – or bell – in the middle. Dr. Dr.

Serious game | 2020 Energy Click on the image to start the game Scenario For more than a century people have been using and depleting energy resources carefree, as if they were endless. The player’s objective: to reduce the consumption of energy, increase energy efficiency and choose the best renewable energies. Why a serious game ? Inspired by active learning, the serious game proposes an immersive learning mode to develop critical thinking and motivation. 2020 Energy offers a perspective for debate and adds to traditional learning, which it couldn’t replace. The game offers complex questioning on the issues of efficiency and the reduction of our energy consumption, renewable energies and sustainable development. Based on the codes and rules of video games, 2020 Energy‘s gameplay is at the crossroads between playing and learning. One tiny change in the traditional teaching method: participants have the possibility to « play against » and the subjective point of view of the player is taken into account.

The Global Goals Every day girls around the world are fighting for their freedom. This International Day of the Girl - join them and raise your voice: 1. Share the film and tell us what #FreedomForGirls means to you2. Take action at In 2015 when leaders signed up to the UN Sustainable Development Goals – the Global Goals - they made a promise – to empower all girls. This new film from director MJ Delaney featuring ‘Freedom’ by Beyoncé, calls for action on some of the biggest challenges girls face like access to education, child marriage and the threat of violence´ Last year we asked you to share #WhatIReallyReallyWant for girls and women – this year we want you to raise your voice for freedom. This can’t wait – we need action now if we are to achieve the Global Goals and equality for all girls. CastDelanee Kilgore Gabriella Castillo Ellie Kerai Brielle Olaleye Annelle Olaleye Faryat Fahad Jazmyn Dorsey Marilyn Espinoza Payton Ali Giana Rice Director MJ Delaney Producer Lucy Tate

Global warming could create 150 million 'climate refugees' by 2050 | Environment Global warming will force up to 150 million "climate refugees" to move to other countries in the next 40 years, a new report from the Environmental Justice Foundation (EJF) warns. In 2008 alone, more than 20 million people were displaced by climate-related natural disasters, including 800,000 people by cyclone Nargis in Asia, and almost 80,000 by heavy floods and rains in Brazil, the NGO said. President Mohamed Nasheed of the Maldives, who presented testimony to the EJF, said people in his country did not want to "trade a paradise for a climate refugee camp". He warned rich countries taking part in UN climate talks this week in Barcelona "not to be stupid" in negotiating a climate treaty in Copenhagen this December. Nasheed urged governments to find ways to keep temperature rises caused by warming under 2C. Last month, the president held a cabinet meeting underwater to draw attention to the plight of his country.

Related:
Related:  Let's save the planet