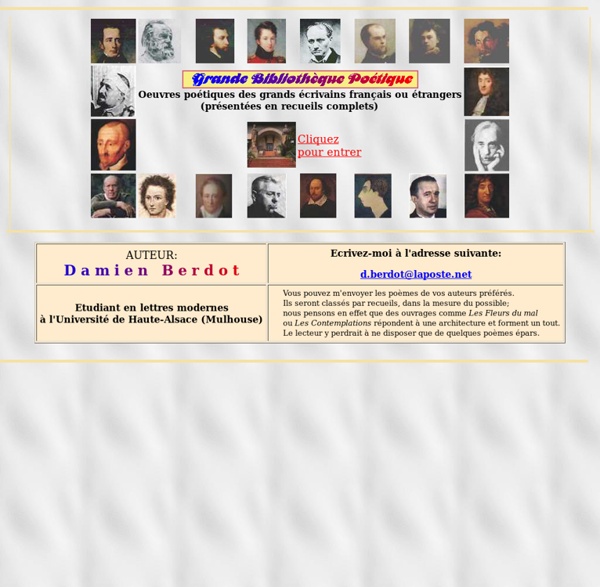 Poetica.fr Inside Google Book Search Poésies.net LA BIBLIOTHEQUE ELECTRONIQUE DE LISIEUX Technology Review: Emerging Technologies and their Impact Jason Epstein worked in book publishing for more than 40 years. He was editorial director of Random House and founded Anchor Books, the New York Review of Books, the Library of America, and the Readers Catalog. Now in retirement, he wants to digitally reconstruct publishing, as digitization is re-creating the music industry. I became a publisher by accident. When I entered Columbia College in 1945, I was only 17, but I found myself surrounded by veterans in their 20s, some still in their flight jackets and peacoats, many of them married, some with infants. In September 1950, after wasting a year in graduate school, I was on my own financially. In those days, paperback publishing was an offshoot of maga­zine distribution. What I was proposing was a paperback program that would expand the market for publishers’ backlists – that is, books that sell year after year and in the aggregate contain nearly all that we think we know about ourselves and the world.

Free eBooks Wired 12.10: The Long Tail Forget squeezing millions from a few megahits at the top of the charts. The future of entertainment is in the millions of niche markets at the shallow end of the bitstream. By Chris AndersonPage 1 of 5 next » Chris is expanding this article into a book, due out in May 2006. Story Tools Story Images Click thumbnails for full-size image: In 1988, a British mountain climber named Joe Simpson wrote a book called Touching the Void, a harrowing account of near death in the Peruvian Andes. Random House rushed out a new edition to keep up with demand. What happened? Particularly notable is that when Krakauer's book hit shelves, Simpson's was nearly out of print. This is not just a virtue of online booksellers; it is an example of an entirely new economic model for the media and entertainment industries, one that is just beginning to show its power. For too long we've been suffering the tyranny of lowest-common-denominator fare, subjected to brain-dead summer blockbusters and manufactured pop.