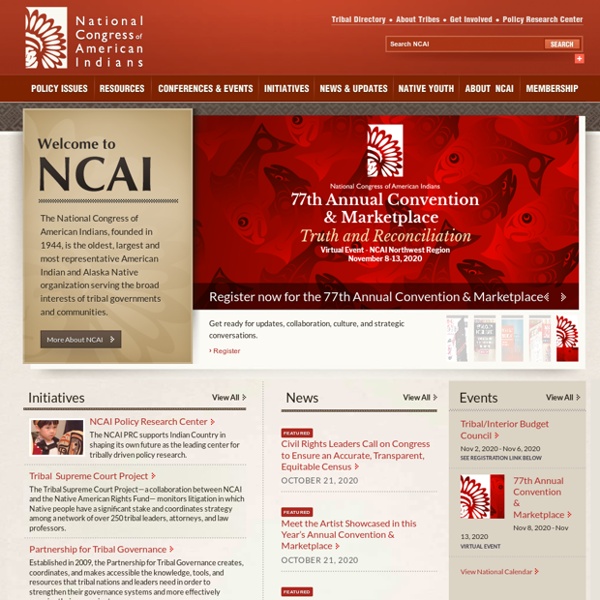 Native American Constitution and Law Digitization Project Reality-based patent reform - The Hill's Congress Blog The FTC Report’s impressive thoroughness (and length) may deter Congress and its staff from a full review before a ‘patent reform’ bill is introduced and marked up in the House Judiciary Committee. But proceeding without weighing the report and holding at least one hearing on its contents would be unfortunate, especially with so many potential technology-related jobs hanging in the balance. The forthcoming House bill will reportedly adopt a similar approach to the Senate’s just-passed S. 23. Even a cursory reading of the FTC report indicates that the fundamentals of our current system – like first-to-invent with its accompanying ‘grace period’ (during which an idea is protected while it is refined and shopped for financial support) – is key to expanding our ‘innovation ecosystem.’ The seminal importance of the FTC report is that it describes a very different IP reality than the one assumed by S. 23 and similar versions of congressional ‘patent reform.’

Handbook of Federal Indian Law Summary of the Handbook for the layman: The Indian & the Law--1 by Theodore H. Haas. The files below were created using Adobe Acrobat Capture software. Warning: There are errors in the images which we were not able to correct in the editting process. Washington, United States Government Printing Office, 1945 Go to Native American Constitutions Main Page This page is maintained by: Marilyn K. AT&T: 1, Consumers: 0 - The Hill's Congress Blog Reed Hundt, the former chairman of the Federal Communications Commission, used the word “unthinkable” in 1997 to describe the potential merger of SBC, then a local telephone company created from the break-up of the old Bell System, and AT&T, then the long-distance company created from the break-up. (It wasn't until 2005, during the telecommunications great merger wave during the Bush years, that SBC was able to buy AT&T, and then confuse everyone by taking on the name of the former parent. That's today's AT&T.) This deal is similarly “unthinkable,” but for a different reason. It would, very simply, combine the second and fourth largest national cellular companies into one company that would be one-third larger than Verizon, the next-largest. The discussion about who loses, and the reasons why this deal is “unthinkable,” is much longer. If anything, the larger picture is even more distressing. Even now, the wireless business is very concentrated.

A dire warning: When budget cuts meet wildfires Down in southeast Georgia, the town of Ludowici is threatened by wildfires – one of several blazes cooking in the area. About 300 residents have been evacuated. On Feb. 28, Robert Farris, head of the Georgia Forestry Commission, went before a House panel and testified about the impact of a 31 percent reduction in his budget since mid-2008. You can watch his entire testimony before an economic development subcommittee here, but here are a few slices of a rough transcript: ”We’re estimating a $650,000 reduction in federal funds. Here’s how Farris wrapped up: ”….We’ve lost 89 homes, lost or damaged, to fires this year….And again, we’re just now entering the real fire season. - By Jim Galloway, Political Insider

Generics sue Big Pharma over old patents - Mar. 11 By Kit R. Roane, contributorMarch 11, 2011: 3:26 PM ET FORTUNE -- Big Pharma faces a host of well-known problems, most notably that its blockbuster drugs are coming off patent at the same time that its pipeline of new drugs has turned into a drip. But the leading pharmaceutical companies like Novartis (NVS), Merck (MRK, Fortune 500) and Bayer are also battling another costly headache -- legal challenges to their existing patents are increasing with the rapidity of a centrifuge. New data from The Paragraph Four Report shows that the number of lawsuits disputing patents of branded pharmaceuticals increased to more than 230 last year, compared with only 81 in 2005. The challengers, mostly generic manufacturers, are also broadening their attack. The reason is that even old drugs can be lucrative. In theory, the regulatory framework is supposed to provide strong patent protection for innovative drugs while offering incentives to generic manufacturers to attack weak patents. Share this

Tribal Court Decisions To search for Tribal Court or Appellate decisions, enter your search terms in the following text box and use the drop down list to select your search criteria (i.e.: Search ANY Word, Search ALL Words, and Search EXACT Phrase). You may also use our predefined search box to search Tribal Court opinions for specific, pre-selected words and phrases. The National Tribal Justice Resource Center also has an Online, Searchable Database of 1,717 Tribal court opinions. The largest collection of printed tribal court opinions is included in the Indian Law Reporter. The Indian Law Reporter is published monthly by the American Indian Lawyer Training Program. The Indian Law Reporter seeks to provide a comprehensive and convenient source of information regarding developments in Indian law. American Indian Lawyer Training Program 1025 W. There are a series of bound Navajo Nation legal resources available from T & B Publishing.

Afraid of Excessive X-Rays? New Micronutrient Formulation Provides Protection Denver, CO (PRWEB) March 10, 2011 With X-ray machines in airports, doctors’ offices and dental clinics, there seems to be no escaping its harmful effects. But help is now available to address the harmful effects of ionizing radiation emitted by any source—airport bodyscans and flights, medical and dental X-rays and even radon, the world’s second leading cause of lung cancer. Led by renowned radiation biologist, Dr. “This is a serious medical problem we are trying to prevent,” according to PMC medical advisor and clinical collaborator, Dr. According to Dr. Dr. PMC ‘s BioShield-Radiation represents the world’s first patented pill specifically designed to address oxidative stress from ionizing radiation. BioShield-Radiation R1 (for incidental exposure) is recommended for use shortly before (and sometimes, after) medical and dental x-ray procedures. Randy Looper, CEO of PMC reports “the company is seeking national sales and distribution partners to be part of the BioShield Radiation launch.

Cellecta, Inc. Releases the DECIPHER Project’s Third Module of the Human Lentiviral RNAi Library for Functional Screening Mountain View, CA (PRWEB) February 25, 2011 Today, Cellecta, Inc. released the 3rd Module of the DECIPHER Project Pooled shRNA Library which targets an additional 5,000 human genes. This new Human Library Module adds additional cell surface, extracellular, DNA binding targets, and other genes to the well-annotated signal transduction and disease-associated genes primarily targeted with the first two modules of the human shRNA library. Many of the genes targeted in the latest module are conserved and appear integral to a variety of important biological process but are not as well characterized as the 10,000 genes targeted in the first two modules. The combination of all three human DECIPHER library modules provides a high quality shRNA expression library with the ability to silence over 15,000 well-annotated expressed human genes that can be used as a tool to investigate genes regulating various biological responses and identify potential drug target candidates. About Cellecta, Inc.