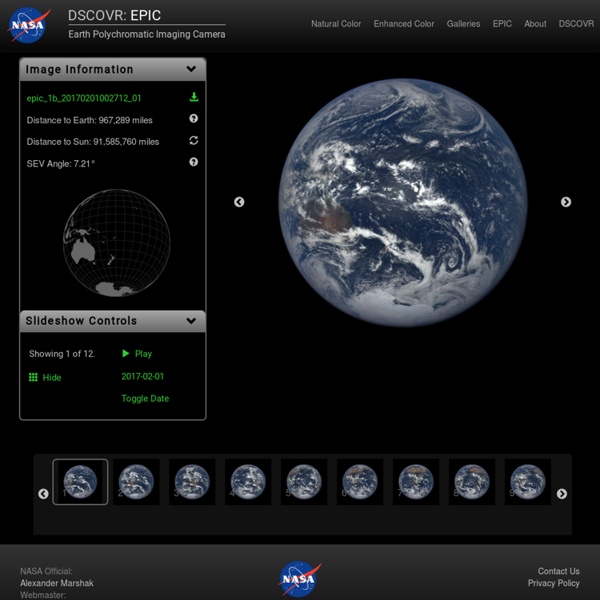 Related:  atmosphere • Learning can be Fun! • Science and Society Continued

Fluid Simulator Check out my blog! E-mail: kotsoft@gmail.com Fluid Instructions: You can drag the fluid around with your mouse and adjust the sliders at the top to change the properties of the fluid in real-time. Please check out this video if you're having trouble figuring out what the sliders do. It requires Java to run. » Trusting Experts: Can we reconcile STS and Social Psychology? blog.castac.org Numerous battles are being fought today within and across America’s political landscape, from global warming to the regulation of new technologies (e.g., GMOs, fracking). Science plays a big role in these debates, and as a result, social psychologists, political scientists, economists, and other social scientists have become interested in the question of why people (or rather, certain people) don’t accept scientific findings. These social scientists have converged on a concept called motivated reasoning: that because our reasoning powers are directed towards particular ends, we tend to pick facts that best fit our needs and motivations. Motivated reasoning, in this explanation, is a universal concept, perhaps a product of evolution; all human beings do it, including experts. Influential science journalists have now started drawing on those findings. And yet, there are times when the concept gets applied to some strange ends.

The Life of a Clinical-Trial Guinea Pig At some point during the fall of 2005, Brian Stone grew tired of throwing up in a bucket and decided to go rogue. Stone (who requested that his real name not be used) was doing his vomiting three days a week at an inpatient clinical-trial site in his hometown of Columbus, Ohio, following a tip he’d gotten from a stranger at a bar. “He had quite a few to drink,” Stone recalled, “and he was yakking about a place where he could get paid $2,500 just to do painkillers and drink alcohol. And everyone was laughing at him, like, ‘You’re full of shit.’” As it turned out, he wasn’t.

HINT Wind Map An invisible, ancient source of energy surrounds us—energy that powered the first explorations of the world, and that may be a key to the future. This map shows you the delicate tracery of wind flowing over the US. The wind map is a personal art project, not associated with any company. We've done our best to make this as accurate as possible, but can't make any guarantees about the correctness of the data or our software.

If the Moon Were Only 1 Pixel - A tediously accurate map of the solar system Mercury Venus Earth You Are Here Moon Mars » Social Science, Socialist Scientists, and the Future of Utopias blog.castac.org As space colonization becomes a more serious project and an influential utopian imaginary, I am reminded of British scientist and communist JD Bernal’s 1929 warning about “human dimorphism”: Bernal wondered about a future in which “mechanizers” would live an enhanced, technoscientifically-evolved form of life, separated from the “humanizers,” the masses whose physical needs would be equally gratified thanks to scientific advancements—but who would prefer to exist in an atavistic human way, enjoying mundanities such as friendliness, poetry, dancing, drinking, singing, and art. His figure for that version of the good life seems to have been filched from whatever exposure he had to colonial anthropology—he calls it the “idyllic, Melanesian existence.” Image: The assembly of the ‘Stanford Torus’ space colony design. By Don Davis for NASA. There are alternative and instructive histories, as well as an important present, buried in these entanglements with utopia, science, and the left.

Video: Inside the core of Patricia, the strongest recorded hurricane to strike Mexico’s west coast (Caution: the video contains a few expletives.) What’s it like to withstand the brunt of a ferocious and historic Category 5 hurricane? Josh Morgerman, an extreme storm chaser from Los Angeles, intentionally positioned himself to intercept the landfall of Patricia, which just hours prior attained the greatest intensity of any hurricane ever measured by the National Hurricane Center. [The storm that stunned the world] His footage of the storm making landfall, complemented by his compelling first person narrative, is absolutely riveting.

McCullough Effect Read this first: If you fol­low the in­struc­tions below, you will change your brain for a pro­longed time (up to month), in ad­di­tion to sim­ply re­mem­ber­ing this. Pro­ceed only if this is ok with you. What to see Ini­tially you will see a sim­ple 2×2 checker­board con­sist­ing of hor­i­zon­tally and ver­ti­cally striped squares. Her Code Got Humans on the Moon—And Invented Software Itself Margaret Hamilton wasn’t supposed to invent the modern concept of software and land men on the moon. It was 1960, not a time when women were encouraged to seek out high-powered technical work. Hamilton, a 24-year-old with an undergrad degree in mathematics, had gotten a job as a programmer at MIT, and the plan was for her to support her husband through his three-year stint at Harvard Law.

Jheronimus Bosch - the Garden of Earthly Delights About this project The interactive documentary Jheronimus Bosch, the Garden of Earthly Delights provides an in-depth tour though The Garden of Earthly Delights. In a web interface the visitor will be taken on an audio-visual journey, including sound, music, video and images to enrich the storytelling. Synopsis Earthprints: Andasol solar power station On a barren, sun-baked plateau in southern Spain, row upon row of gleaming mirrors form one of the world's biggest solar power plants and harness the sun's power even after dark. Near the town of Guadix, where summer temperatures often top 40 degrees Celsius, the main sound at the site is a whirring of motors to keep the mirrors - mounted on giant steel frames - tracking the sun as the Earth turns. There is little sign of life here, at an altitude of 1,100 meters near the snow-capped Sierra Nevada range. Some hardy red and yellow flowers grow around the fringes, a few pigeons flap past and workers say that the odd fox lopes by at night. The environmental benefits of clean energy are judged to outweigh the scar to the landscape from the mirrors, which are visible from space.