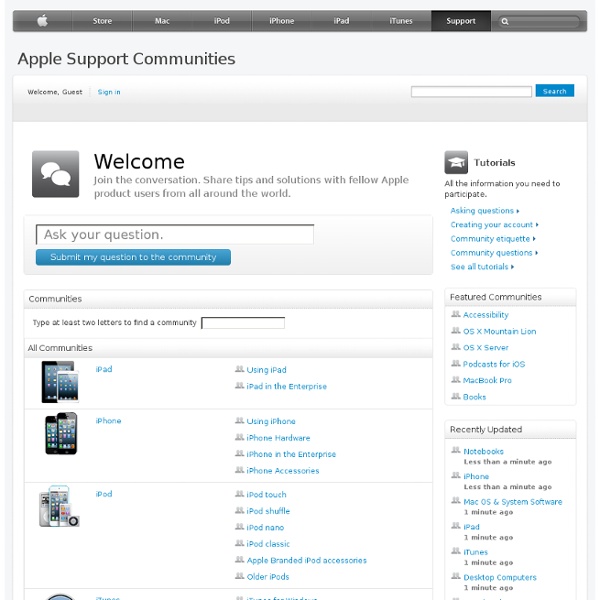 12 iPhone Tricks You Might Not Have Known (iPod Touch Tricks Included) Follow Us on Pinterest! Update: When you’re done reading this, check out 8 More iPhone Tricks You Might Not Know. Whether you’re an iPhone rookie or a weathered pro, take a look at these quick-and-easy iPhone tips and tricks which not only save you time, but ease your overall iPhone experience. (These items are listed in no particular order.) Scroll to Top of Page - In any application, Safari included, you can automatically scroll to the top of the page by tapping on the “top bar”, which has the time, service bars, and battery. Continue reading for the next 11 useful iPhone tips and tricks. 2. When typing a URL in Safari, you don’t have to type the “www” or the “.com”.For instance, for www.cnn.com just type “cnn” in the URL box. 3. Hold down the “.com” key for “.net, .edu, .org” keys. 4. Hold a letter for a popup of various versions of the character (i.e. to type Espa√±a with the “√±” simply hold “n” and simply slide/release to the appropriate character). 5. 6. 7. 8. 9. 10. 11. 12. See also:

Apple Rumors: The MacBook Pro Shrinks, iPad And iPhone Grow I suspect we’ll have to start picking and choosing our Apple rumor posts carefully in the coming months as the speculations begin flying fast and free, but until then a bit of gossip portending the next year’s changes won’t hurt anybody. iLounge is hawking some intel from their “most reliable source,” who claims to have the inside scoop on Apple’s upcoming revisions. It’s nothing mind-blowing, but it might be enough to make you unconsciously start saving money. The MacBook Pro redesign we’ve heard about before. Other sources have it rolling out in March, but supply line data is unreliable unless bulk orders are indicated. The flatter, more Air-like redesign is practically a certainty at this point. Most interesting to me personally is the report that the iPad will be a little thicker, in order to allow for the extra lighting necessitated by the high-resolution screen I’ve been crowing about at every opportunity for almost a year now.

Apple’s evolving view of “pro” In recent years, many pros have started feeling like Apple’s jilted girlfriend. Through no fault of their own, the love just seemed to fade. Apple might claim otherwise when confronted, but the telltale signs have been hard to ignore: • Mac Pro. • 17-inch MacBook Pro. • Final Cut Pro. • Aperture. Could it possibly be? I hope you’re sitting down for this, but Steve Jobs did in fact once consider that very option. This was back in the days when iMac had established itself as a global bestseller. His rationale was as you might expect: consumer products have an unlimited upside, while pro products are aimed at a niche market that eats up major resources. Obviously, the pro market has value for Apple, even if its numbers are relatively small. So Steve ultimately renewed his commitment to the pros—but he never said that this commitment wouldn’t evolve. Some won’t like it, but basically it’s the difference between Final Cut Pro 7 and Final Cut Pro X. In FCP7, the controls are rich and deep. Nope.

iMessage Bug Traps Android Converters’ Personal Conversations… But There’s A Fix! iMessage is awesome, right? Since iOS 5 came out I’ve been telling all my friends and family (who, ironically, aren’t what you’d call tech savvy) to update and start sending messages for free. It’s super fast, I tell them, and your messages will be blue! There’s just one problem: If you switch to an Android device from an iPhone (with iMessage activated), anyone who’s previously been sending you iMessages will no longer be able to send you texts. We first noticed the issue when link.me CEO Antony McGregor Dey sent us this thread from the Apple support forums. However, a smart iPhowner by the handle Alphonsusjude has figured it all out. Instructions: Go to: in if not already logged in.Click on “edit products”Click on the “x” to the right of the product.Click “unregister”

Redsn0w 0.9.9b8 Released Published on 11-03-2011 02:49 PM Redsn0w 0.9.9b8 is fully compatible with the iOS 5.0.1 Beta released to developers yesterday. Yesterday, Apple pushed out the iOS 5.0.1 Beta to developers which has fixed numerous bugs in iOS 5 and brings the beloved multitasking gestures back to the original iPad. It was reported that iOS 5.0.1 could have been jailbroken with redsn0w 0.9.9b7, although you would need to point redsn0w to the iOS 5.0 firmware file, and the jailbreak was tethered. Originally Posted by Dev-Team Blog Redsn0w version 0.9.9b8 will natively recognize the 5.0.1 beta that Apple let developers start testing this week (so you don’t have to play the “point at 5.0 IPSW” trick). For those iPhone 3GS and iPhone 4 users who preserve their baseband, the Mac version can also produce the NO_BB_* custom IPSW's for 5.0.1. This is still a tethered jailbreak for all except old-bootrom 3GS users. This new update brings support for the iOS 5.0.1 Beta. You can download Redsn0w 0.9.9b8 for Mac, here.

Audiobook Builder: Create Audiobooks on Your Mac Find Your Smile in an Audiobook Traveling to and from work, while exercising, or waiting in line - find your smile in a book with Audiobook Builder! Audiobook Builder makes it easy to turn your audio CDs and files into audiobooks for your iPhone, iPod or iPad. Key Features Audio File Joining: Already ripped your CDs to MP3 or M4A? Family Pack More than one Mac in the family and everyone needs to use Audiobook Builder? iPod, iTunes and QuickTime are trademarks of Apple, Inc., registered in the U.S. and other countries.

iBiblia – The Ultimate iPhone Glossary As an iPhone user, you’ve probably found yourself in lots of “iPhone” conversations, especially lately with the release of the App Store and iPhone 3G. If throughout those conversations you’ve found yourself thinking, “Wait, isn’t jailbreaking and unlocking the same thing?” or “What does he mean by Pwnage“, then this glossary is for you. This glossary has lamens terms explanations of every iPhone term which seemed potentially confusing. If there’s something you’re confused about that we didn’t include, please let us know and we’ll update! (Note: The terms are listed in a semi-alphabetical, semi-logical flow manner. Activation - The process of registering your iPhone with Apple and AT&T. Accelerometer – A tiny 3 axis device which comprehends the iPhone’s physical position. Bricking - To take all function away from an iPhone or iPod Touch hence rendering it as nothing more than a shiny “brick”. Baseband - The iPhone consists of “two parts”, a computer half and a modem half. File System – Cydia -

Drawing on the iPad See how these 12 compare to other styluses: Check out our in-depth iOS stylus charts. Steve Jobs may hate the idea of using a stylus on his touchscreen devices, but the fact remains that some consumers simply prefer an intermediary accessory for interaction. Whether it’s too cold outside for direct contact, you’re worried about touchscreen germs, or you need a sketching tool, sometimes a stylus can be a good thing. As some people know, in my not-so-secret other life, I enjoy drawing cartoons. Note that, as of yet, Apple does not provide access to software APIs that might allow for pressure sensitivity on the iPad. Ten One Design Pogo Sketch, Ten One Design Pogo Stylus In 2008, Ten One Design was one of the first companies on the scene with a working stylus for the iPhone, the Pogo Sketch ( ; $15). I bought a Pogo Sketch within months of its release to do some quick sketching on my iPhone. JustMobile AluPen The AluPen is one of the many silicon-rubber-nib styluses I looked at. SGP Kuel H10

How iPads Are Changing Businesses NewDominion Bank is serious about service. This innovative 40-person financial institution based in Charlotte, N.C., has done away with the traditional notions of bank branches and bankers, and instead is using Apple iPads to reach out with gusto to both employees and customers. To gain efficiencies, Sonja Allison, NewDominion’s assistant vice president and network administrator, has implemented virtual desktops using Citrix XenDesktop 5, pairing that with a Citrix Access Gateway. By adding iPads to the mix, employees are now able to access their office workstations from wherever their job takes them. NewDominion’s operations have become more streamlined with the adoption of iPads. “You pretty much load the plug-in on the tablet, log in with your regular user name and password, and launch a desktop,” Allison says. Although Allison likes the tablet’s lower cost, some members of her team still use notebook computers, so she’s carefully evaluating the staff’s efficiency on both devices.

GelasMac iPhone 5s - Conseils et astuces Change the Location of Your iPhone Backup | Oliver Aaltonen Are those iOS backups taking up too much space on your boot drive? While there’s no built-in function in the iTunes preferences menu for moving the archive folder, it’s a simple procedure on most platforms. While others have mentioned this in the past, I haven’t come across a single page with instructions for all major operating systems. For reference, the instructions are below: Mac OS X Close iTunesMove the existing ~/Library/Application Support/MobileSync/Backup/ folder to the destination drive (for example, named BigExternalDrive)Open a command prompt by launching Terminal and create a symbolic link using a command similar to the one below, replacing /Volumes/BigExternalDrive/Backup with the path to your destination: Windows Vista and Windows 7 Windows XP References: