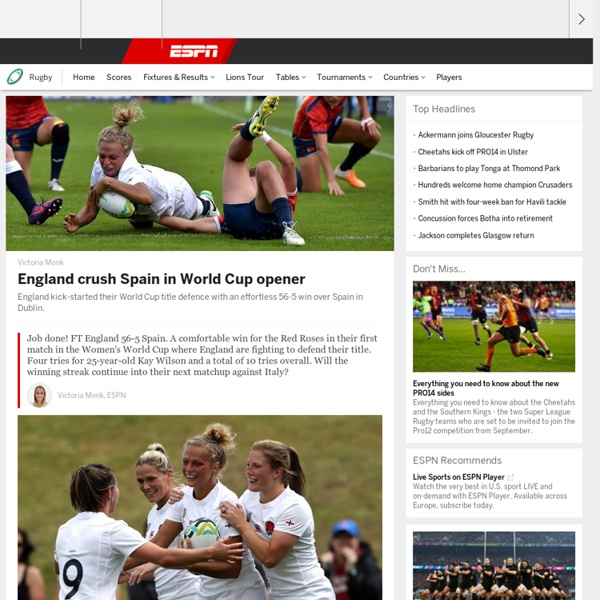 Official Website of Queensland Reds Rugby - redsrugby.com.au Rugby videos of tackles, tries, funny incidents and more – Rugbydump.com Tilastopaja Oy Baseball’s hottest hitter Chris Davis is making history — have we found his secret weapon? | Big League Stew Minnesota Twins pitchers might have nightmares — of a big, bulging slugger wearing a No. 19 Baltimore Orioles jersey. The Twins are the next team to face Chris Davis of the Baltimore Orioles, the hottest hitter in baseball, who is destroying pitches at a historic rate this season. Davis hit a homer and drove in four runs in Thursday's 6-3 win against the Tampa Bay Rays. The Baltimore Sun does the heavy-lifting to put Davis' tear in historical context: He became the second player in Orioles history to homer in each of the season’s first three games (Frank Robinson did it in his triple crown American League MVP season of 1966).Davis also became the first big league player to drive in 11 runs or more over the first three games of the season since 1935, when Philadelphia Phillies first baseman Dolph Camilli had 12 RBIs, according to the Elias Sports Bureau. Going back to 2012, Davis has homered in nine of his last 10 regular season games. (@chrisdavis_19) Could be.