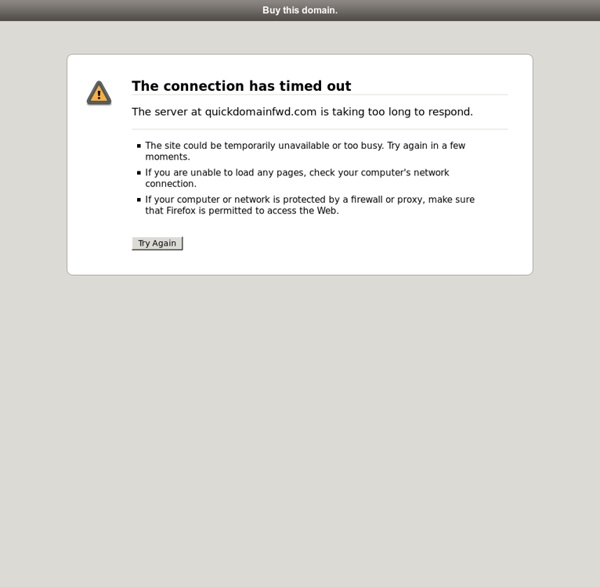 Grimoires Warning : the following documents deal with magic and should not be used without proper care and deep knowledge of this art. The word grimoire is from the Old French grammaire, or grammar. Latin "grammars" (books on Latin syntax and diction) were considered in the Middle Ages as books of basic instruction. Today, a grimoire is considered as a book of magical knowledge, with instructions for its use to achieve certain ends. Willie Lynch The Making Of A Slave WILLIE LYNCHThe Making Of A Slave This speech was delivered by Willie Lynch on the bank of the James River in the colony of Virginia in 1712. Lynch was a British slave owner in the West Indies. He was invited to the colony of Virginia in 1712 to teach his methods to slave owners there. The term "lynching"is derived from his last name. Table Of Contents Greetings Lets Make A Slave Cardinal Principals For Making A Negro The Breaking Process Of The African Women The Negro Marriage Unit Controlled Language

Alterati We’ve been through a lot of ups and sideways with this site. Luckily we’ve had no real downs with the exception of one. We’ve been pursued by the torrent police, accused by conspiranoia geeks of all sorts of shenanigans and high weirdness, gone through two format changes, added and subtracted several shows, hit some home runs, triples, doubles and singles. Too many baseball analogies? The 12 Common Archetypes The 12 Common Archetypes By Carl Golden The term "archetype" has its origins in ancient Greek. Online Scans of Rare & Antique Metaphysical Books pages 1-13 'The Path' and pages 14-19 'Meaning of the Symbol' Voice of Isis - by the Order of Christian Mystics - 1926 Voice of ISIS: CHAPTER XXXIV. The Meaning of the Symbol The Seal consists of a double triangle inscribed in a circle, with an open Eye in the center and three five pointed stars in the spaces between the sides of the triangle and the circle. The circle represents Boundless Space and limitless Time in Eternity. It marks off the space in which creation takes place, or the circle formed by the downpouring of the Great Creative Force, in this case the circumference within which this Order is working.

The Forgotten Books of Eden Index Sacred Texts Bible Apocrypha Buy this Book at Amazon.com Contents Start Reading Page Index Text [Zipped] This is a popularized translation of the OT pseudepigrapha, quasi-Biblical writings which never achieved canonical status (or inclusion in any of the official Apocrypha). This isn't to say that these documents are forgeries, just that for one reason or another they were not considered part of the Biblical text by the first millenium (C.E.) compilers. This book contains translations of all of the texts found in volume I of the weighty Oxford University Press Apocrypha and Pseudepigrapha, without any of the apparatus. Twelve Places to Find Images for Your Website Images have become a vital component of online content over the last ten years. This is partly due to the increase in internet speeds and partly due to the rise in popularity of sharing content on social media services. From a reading perspective, images are important as they break up long articles and make it easier to digest information. Finding images for posts on Elegant Themes has not been difficult for me as I have been reviewing a lot of plugins and services. Therefore, I have been using screenshot images. With many other topics, a screenshot cannot be used; however it is still important to include relevant images where possible.

Grimoar Welcome to our library Welcome in our occult texts library. It contains 2052 unrevised texts in pdf, doc and other formats. Librarians are responsible neither for text redaction nor for their contents. It is possible that some of the texts are still under copyright. Akkadians The Akkadians were a Semitic people living on the Arabic peninsula during the great flourishing period of the Sumerian city-states. Although we don't know much about early Akkadian history and culture, we do know that as the Akkadians migrated north, they came in increasing conflict with the Sumerian city-states, and in 2340 BC, the great Akkadian military leader, Sargon , conquered Sumer and built an Akkadian empire stretching over most of the Sumerian city-states and extending as far away as Lebanon. Sargon based his empire in the city of Akkad, which became the basis of the name of his people.

Learn Minecraft Hour of Code Grades 2+ | Blocks Moana: Wayfinding with Code Make a Flappy game Star Wars: Building a Galaxy with Code Grades 2+ | Blocks, JavaScript OTO & A∴A∴ Libri By Number O.T.O. and A∴A∴ Libri by Number This collection is intended to consist of high-quality HTML documents that have been carefully proofread. By the time a liber is linked from this page, it should be complete and have no typographical errors. This necessarily means that the collection is starting out small and will grow slowly, but what is here may be relied upon for accuracy. The publications of the A∴A∴ divide themselves into five classes.

YHWHNAME.html Dt. 5:6: "I am Yahuah your Alahim . . . " (ANOKY YAHUAH ALAHENU) The four letters YOD-HAY-UAU-HAY are the vowels. Yusef ben MattithYahu (aka "Flavius Josephus") claims to have seen the headpiece worn by the Kohen ha'Gadol, and that the Name was written in four Hebrew vowels. If one can say "Yahudah", YOD-HAY-UAU-DALETH-HAY, simply remove the "D" sound, and go with it. The prime minister NATHAN YAHU shares the three letters YOD-HAY-UAU (note there's no letter "double-U, W, in Hebrew), as does the prophet called "Isaiah", YASHA YAHU. The letters YAHU are the first 3 letters in "YAHUSHA" as well, YOD-HAY-UAU-SHIN-AYIN.