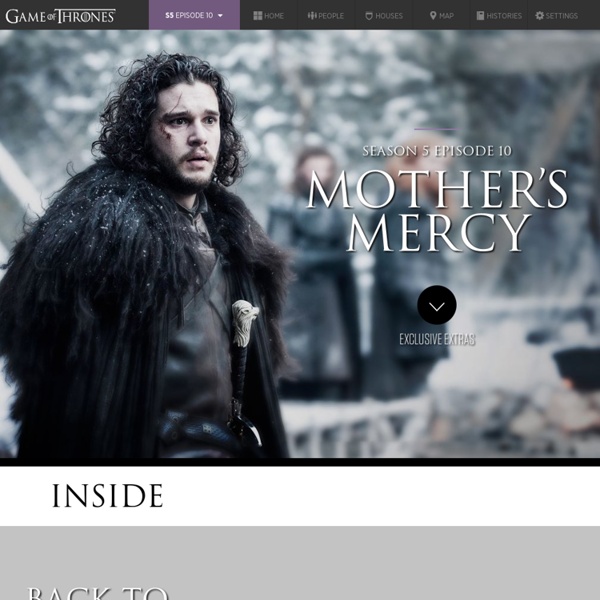 'Game of Thrones' fan shows what Westeros would look like on Google Maps What if you could navigate through George R.R. Martin's fictional continent of Westeros, where most of hit series Game of Thrones is taking place, on Google Maps? While you can't do that just yet, you can at least see what it would look like, as one fan of the series created a Google Maps-flavored Westeros map. Reddit user selvag posted the map this week. The map contains no spoilers, he claims, and it's also available as a poster on Etsy. While the map is definitely cool to look at, it's not interactive and you can't zoom in.

All Sorts of Weird Stuff: News - Game of Thrones Gaming News There’s been a bit more movement on the RPG and strategy game fronts, thanks to Focus Home Interactive and Cyanide Studio. First, we were remiss not to note that Game Banshee has an interview with one of the designers of the roleplaying game, which features a couple of new images, including a nicely moody bit of concept art which we really hope they translate into the game proper. On top of that, Focus and Cyanide have released a few new screen shots of the game, along with a press release providing just a bit more information about the game’s concept: “A Game of Thrones - Genesis”, Cyanide Studio’s upcoming PC strategy game, today unveiled 3 exclusive screenshots of the game.

Game of Thrones' Westeros Is Really Just Britain & An Inverted Ireland Map created by reddit user KingofFairview The map above clearly shows that Westeros, from the Game of Thrones TV series and the Song of Ice and Fire book series, is nothing more than Britain placed on top of an inverted Ireland. However, looks can be deceiving since there are some pretty key differences between Westeros and the British Isles. Here are just a few: The Game of Thrones Minecraft Project Is Getting More And More Spectacular Hmm, it could be that it is one of the best written fantasy series of all time It's awesome. And we all love it! It's a medieval fantasy drama series that caught me (and many) off guard.

Game of Thrones Board Game On Saturday Brenden and Dan came over to play the Game Of Thrones board game that I got for my birthday. There were supposed to be five of us playing (the max for the game), but Gerard and Wes canceled at the last minute, and so we were left with the minimum players for the game. The game was new for all of us, and turned out to be a lot of fun. Egyptian mythology Egyptian mythology is the collection of myths from ancient Egypt, which describe the actions of the Egyptian gods as a means of understanding the world. The beliefs that these myths express are an important part of ancient Egyptian religion. Myths appear frequently in Egyptian writings and art, particularly in short stories and in religious material such as hymns, ritual texts, funerary texts, and temple decoration. These sources rarely contain a complete account of a myth and often describe only brief fragments. The details of these sacred events differ greatly from one text to another and often seem contradictory.

Game of Thrones Season 5 Is Finally Here! The Epic Premiere Brings Death, Drama and Dragons Warning: major spoilers below! Do not read until you have watched the Game of Thrones season five premiere, "The Wars to Come." Waiting for Game of Thrones season five has felt like forever, but just imagine if you were a young Cersei waiting over 30 years to watch your awful, terrible future unfold just as a witch told you it would when you were just a child? That's how the season five premiere of HBO's hit series kicked off, with the long-awaited flashback scenes to young Cersei Lannister, walking through the woods with a friend, seeking out a witch she'd heard lived on "her" lands. And this should come as no shock to anyone: young Cersei is just as bratty and selfish and entitled as present-day Cersei, demanding that the witch tell her what lies in store for her in the future, or else she'll have the witch killed. Charming kid, huh?