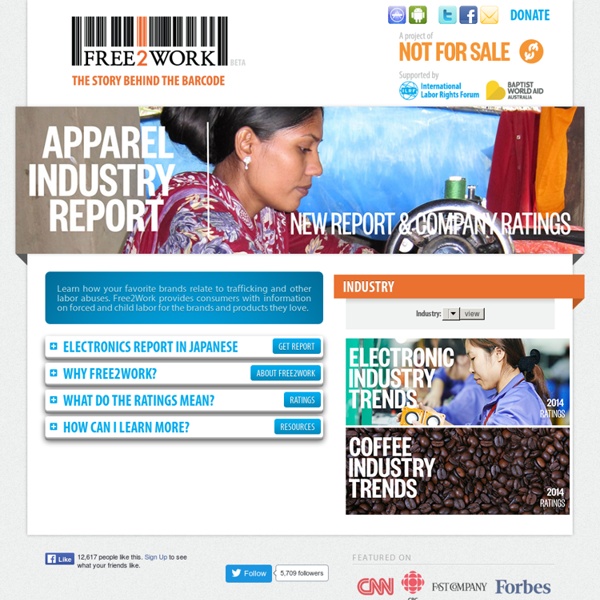 Generation Alive > Programs > Defend Free > Fight Slavery Resources Fight Slavery Resources Slavery is still happening today! International Facts The majority of trafficking victims are between 18 and 24 years of age An estimated 1.2 million children are trafficked each year 95% of victims experienced physical or sexual violence during trafficking (based on data from selected European countries) 43% of victims are used for forced commercial sexual exploitation, of whom 98 per cent are women and girls 32% of victims are used for forced economic exploitation, of whom 56 per cent are women and girls Many trafficking victims have at least middle-level education National Facts Estimated between 14,500-17,500 human beings trafficked into the U.S. annually. Spokane Area Estimated that there are 415-460 sex slaves in Spokane. (2007 study) Spokane is considered an entry point for underage prostitution due to the homeless population. (2007 study) Victims are cycled from city to city to keep them disorientated. (2007 study) Here is the extended printable version

Official Home of the Free Hugs Campaign - Inspired by Juan Mann - Home Beyond the Talking Points: The Current Refugee Crisis | Go-Before Grace Last week I had the wonderful opportunity to be the judge of a high school debate competition. Not surprisingly one of the debate topics centered around “the current refugee crisis.” Unfortunately I only got to listen to one such debate. Those arguing in favor of accepting refugees did an okay job at listing out several economists, historians and anthropologists who all argue that accepting refugees will most likely improve a country’s living standards over a long term period of time (up to 1oo years!). Those arguing against it did a fascinating job of listing out everything that is happening today. They won the debate. Yet I remain in absolute favor of open borders worldwide, starting with our own. The narrative of Scripture leaves little room for gray when it comes to feeding, clothing and accepting foreigners, even dangerous ones. You can look at the prologue to the 10 Commandments where God says, “I am the Lord your God who brought you out of Egypt.” At least that’s my two cents.

The Syrian Refugee Crisis Explained Perfectly With a Simple Animation & Video In September 2015, the body of a three-year-old Syrian boy was found floating on the shores of the Mediterranean Sea. Photographs of the boy were quick to get circulated world over, and the world responded with a massive outcry over the Syrian civil war and refugee crisis. This was the first time the Syrian crisis was globally recognised as a burning issue, and one that needs to be addressed with utmost urgency. This video, by In a Nutshell , speaks about how the Syrian crisis is an international issue, and how it all started with countrywide unrest and the civil war in Syria. Watch this video to get a better understanding of the larger Syrian issue and learn about what measures we can take to offer help to the affected people. Video created by In a Nutshell .

Appalachian Awakening Sees Mass Salvations in West Virginia Join us on our podcast each weekday for an interesting story, well told, from Charisma News. Listen at charismapodcastnetwork.com. Students who have walked the halls of Mingo Central the last couple years say the West Virginian high school has a different feel these days. Prayer has mostly replaced profanity in the hallways. "The Lord has swept through this area," said Aerianna McClanahan, a junior who is part of the Mingo Central prayer club. Today, on the National Day of Prayer, many southern West Virginians plan to stoke the flames of their regional revival by standing with Franklin Graham during his Decision America Tour stop in Charleston. "We know this [revival] was birthed in prayer so we know the only way for it to continue is to stay in prayer," youth pastor Katie Endicott said. An 'Appalachian Awakening' Many credit a Tennessean evangelist, who has conducted several revival services during the last month in Mingo County, for triggering change. A Generation Rising Up

The Nepal earthquakes have unleashed a mental health disaster | Claire Bennett What happens when a disaster zone falls out of the media? What happens when the real impact of a disaster is not easy to see anyway? Last month’s earthquake in Nepal attracted frenzied international media attention. Live rolling coverage allowed us to avidly follow every building that had collapsed or been spared, every survivor or body pulled from the rubble, every comment from an expert or witness. News, however, by definition, does not stay new for very long. On the day of the UK election last week, you would have been hard-pressed to find coverage of what was happening in Nepal. Unfortunately for Nepal, the country was hurtled back into the limelight on Tuesday for the most horrific of reasons. Here’s what you don’t know: there have not been two earthquakes in Nepal. The effects of the continuing instability in Nepal are perhaps more tragic and deeply-scarring than the physical devastation that blights the landscape.

Powerful new earthquake hits devastated Nepal A deadly magnitude 7.3 earthquake has struck Nepal and sent aftershocks through neighbouring India, two weeks after a devastating quake killed more than 8,000 people in the Himalayan nation. At least 45 people are known to have been killed and 1,115 people injured in Tuesday's quake, which struck the town of Namche Bazaar near the Mount Everest base camp, Nepalese officials said. Earlier on Tuesday, in Kathmandu, police issued a public warning calling for people to stay in open areas and to send text messages instead of making calls, to prevent the network from becoming jammed. Al Jazeera's Andrew Simmons, reporting from Kathmandu, said the quake was so powerful that it made the building he was in "feel like jelly". India's home ministry said another 17 people were killed in India, mostly in the northern Bihar state, and tremors were felt as far away as New Delhi. One person was killed in Tibet, Chinese media said. "I was screaming. "The earth just started rolling. Quick response

A Warning from Canada: Same-Sex Marriage Erodes Fundamental Rights I am one of six adult children of gay parents who recently filed amicus briefs with the US Supreme Court, asking the Court to respect the authority of citizens to keep the original definition of marriage: a union between one man and one woman to the exclusion of all others, so that children may know and may be raised by their biological parents. I also live in Canada, where same-sex marriage was federally mandated in 2005. I am the daughter of a gay father who died of AIDS. We have great compassion for people who struggle with their sexuality and gender identity—not animosity. I want to warn America to expect severe erosion of First Amendment freedoms if the US Supreme Court mandates same-sex marriage. Canada’s Lessons In Canada, freedoms of speech, press, religion, and association have suffered greatly due to government pressure. Children are not commodities that can be justifiably severed from their natural parentage and traded between unrelated adults. Hate Tribunals Are Coming