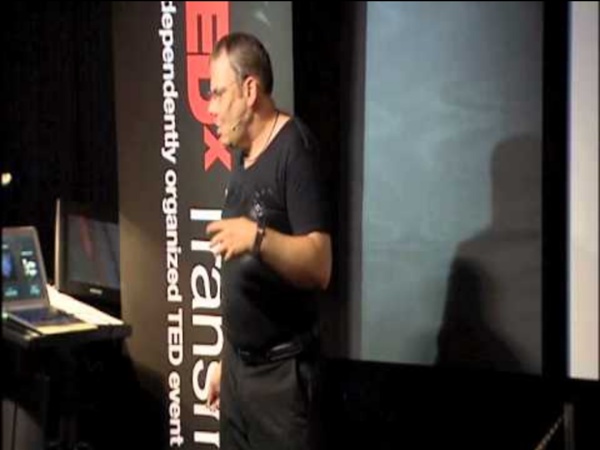 Cross-Media + Transmedia Entertainment Jill Walker, the theorist behind ‘distributed narrative‘, has organised and participated in a panel on Viral and Distributed Narratives (as arranged by Jessica Henig). The panel is part of the Society for Literature, Science, and the Arts 19th Annual Conference held recently in Chicago. It is the first time that electronic literature has been included in the conference streams. But back to the panel: Scott Rettberg, Arts and Humanities, Richard Stockton College of New Jersey, “Implementation in Context: Viral, Locative, Situationist”Implementation by Nick Montfort and Scott Rettberg is a novel about psychological warfare, terror, identity, and the idea of place, a project that borrows from the traditions of net.art, mail art, sticker art, conceptual art, situationist theater, serial fiction, and guerilla viral marketing. Implementation was first published as a serial novel printed in fragments on stickers distributed in monthly installments.

Transmedia Resources DRAFT - this is a no-profit site that is a continuous work in progress - short quotes from the collected resources are included, if you do not wish any of your resource quoted, let me know and I'll remove the quote docwho2100@gmail.com UPDATE - April 6, 2014 - It has been awhile - but I still am around, still have been collecting sources and still intend to continue plugging things in. Hope to start adding more again within the month - ahhh the life of an archivist!!! Transmedia is used in many different ways leading to the need to use the surrounding context to determine full meaning (in a way, the very definition of transmedia has a transmedial property to it ;) A very basic definition would be one of media delivered in multiple formats/platforms. transmedia intertextuality to define and discuss how narrative for children's projects moves across multiple sources and has levels of interaction. Stephen E. OVER 426 resources listed and many more to find and catalog!!!!!!!

Hero Complex ? Los Angeles Times The Who’s Who of Transmedia | Transmedia Storytelling (Fall 2010) The main characters in Doctor Who don't change every episode, but this isn't necessarily wrong. Just look at Star Trek for an example of a show that doesn't require character development to be good or engaging. While all of the Dr. Who storytelling outlets were appealing in their own way, I found the radio program to be the least engaging. I don’t think this has anything to do with its radio’s validity as a medium or the producers’ execution of the story, but rather I think I’m just not accustomed to consuming audio-only stories. The other forms of Dr. The comic book version didn’t catch my interest nearly as much as the stories that featured moving pictures. I certainly think it’s possible to stitch together a coherent narrative across multiple mediums; Doctor Who stands as a testament to this. The stories also feature similar structure in terms of characters. Like this: Like Loading... Junior at Trinity University.

Scott McCloud | Journal MIT Convergence Culture Consortium Jeff Gomez - Starlight Runner Jeff Gomez on Transmedia Producing - Producers Guild of America Jeff Gomez, Member-At-Large of the PGA East Executive Board and CEO of Starlight Runner Entertainment, has been creating engrossing interactive environments since he was a teenager. In his recent presentation at the TEDx Transmedia event in Geneva, Switzerland, Gomez talks about how he was able to leverage his creativity and experience to become one of the most important producers specializing in transmedia storytelling. Whether he’s expanding the story of a pre-existing universe like he did with the transmedia campaign for James Cameron’s Avatar or creating enthralling worlds for Acclaim Entertainment and The Walt Disney Company, Gomez has not only embraced the opportunities of cross-platform storytelling but also continues to define the methods that transmedia producers will use for many years to come. We had a chance to connect with Gomez after the conference and ask him a few questions about the challenges facing transmedia producers.

Live from Transmedia Hollywood 2: Visual Culture and Design > SydneysBuzz Another entry by guest blogger, Meredith Levine. Meredith Levine is a second year MA student of Cinema and Media Studies in UCLA's School of Theater, Film, and Television. She has been working on the Transmedia Hollywood conference since its inaugural year in 2010. Transmedia is at its core, telling a story over multiple platforms. 12:10pm- Panel 2: "We're Looking For Characters": Designing Personalities Who Play Across PlatformsPanelists : Geoffrey Long, Alisa Perren, Kelly Souders, Francesca Coppa In Media Res shares film clips with critical commentary. Each panelist was asked to provide an example of characters designed for a transmedia world. Alisa Perrin looked towards non-genre transmedia franchises: Law and Order. Kelly Souders stumbled into transmedia blindly, without knowing what online content was. Francesca Coppa works with the Organization of Transformative Works to deal with legal and cultural impact of fan work. What does television do as a medium? 1:25PM Audience Questions