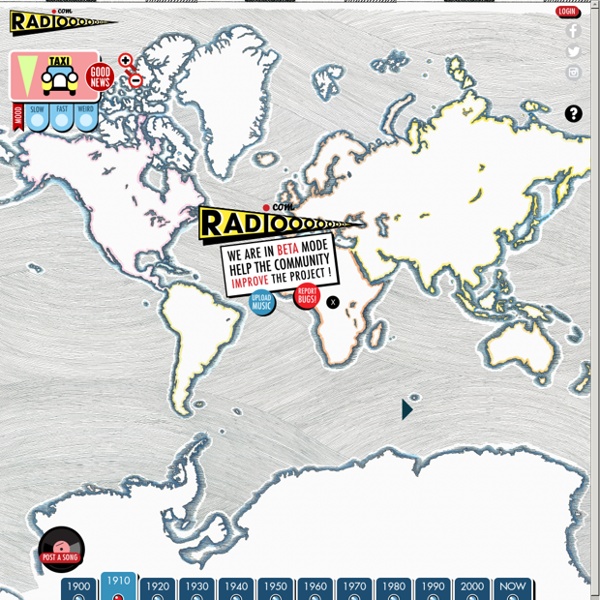 15 Most Popular First Dance Wedding Songs - Summer 2016 When it comes to planning their big day, millennial couples are straying from tradition and making their own rules. New wedding trends like honeymoon funds and mismatched bridesmaids dresses are all the rage, but there's one one wedding tradition that will never go out of style: the first dance. And even though there's a seemingly endless amount of love songs to choose from, there are certain tunes that perennially capture the hearts of couples across the country. Music-streaming service Spotify recently released its list of Top 50 First Dance Songs and, not surprisingly, tracks from Ed Sheeran, Lonestar, and Elvis Presley ranked high. The list is full of wildly romantic songs, both old and new.

Philly company digitizes 25,000 old records and they're free to download Twenty-five thousand songs recorded onto 78RPM discs in the early 20th century have been released online, for free. They are the first batch of an estimated 400,000-piece virtual record collection to be made available by the Internet Archive, from gospel by the Tuskegee Institute Sings, to opera recorded in Italy, to novelty tunes by Spike Jones, to hot — though obscure — jazz. The task of digitizing all of those old records is happening in Chestnut Hill. In a little storefront building on Germantown Avenue in Philadelphia's Chestnut Hill neighborhood, George Blood Audio LP, an audio preservation company, has been quietly preserving America's musical heritage, one 78 at a time.

[translation] Free! Drama CD「Iwatobi High School Swim Club Activity Log 1」 – Words Across the Ocean STATUS: Complete (Tracks 1-7/7) Free! ドラマ CD「岩鳶高校水泳部 活動日誌1」Free! New Web Project Immortalizes the Overlooked Women Who Helped Create Rock and Roll in the 1950s “For sixty years, conventional wisdom has told us that women generally did not perform rock and roll during the 1950s,” writes Leah Branstetter, Ph.D. candidate in musicology at Case Western Reserve University. Like so many cultural forms into which we are initiated, through education, personal interest, and general osmosis, this popular form of Western music—now a genre with seventy years under its belt—has functioned as an almost ideal example of the great man theory of history. It can seem like settled fact that Chuck Berry, Elvis Presley, Jerry Lee Lewis, Little Richard, Buddy Holly, and their celebrated male contemporaries invented the music; and that women played passive roles as fans, studio audience members, groupies, personifications of cars and guitars.... The recognition of rare exceptions, like Sister Rosetta Tharpe, does not challenge the rule. But Branstetter’s Women in Rock and Roll’s First Wave project almost single-handedly does. Meet The Chantels.

The Internet Archive Is Digitizing & Preserving Over 100,000 Vinyl Records: Hear 750 Full Albums Now There seems to be widespread agreement—something special was lost in the rushed-to-market move from physical media to digital streaming. We have come to admit that some older musical technologies cannot be improved upon. Musicians, producers, engineers spend thousands to replicate the sound of older analog recording technology, with all its quirky, inconsistent operation. And fans buy record players and vinyl records in surprisingly increasing numbers to hear the warm and fuzzy character of their sound. Neil Young, who has relentlessly criticized every aspect of digital recording, has dismissed the resurgence of the LP as a “fashion statement” given that most new albums released on vinyl are digital masters.

The 7 Best Steel Tongue Drums - Compact and Melodic Percussion No matter if you’re musically experienced or not, a steel tongue drum is definitely one of the instruments you should try. Beautifully sounding but yet easy to play, this instrument fits everyone. It doesn’t require years of training, or thousands of dollars like it’s the case with hang drums.

This software can clone a person's voice by listening to a 5-second sample New software separates vocals and instruments in recorded music Our pal Andy Baio has been experimenting with an audio separation library called spleeter “that uses machine learning to quickly and freely separate music into stems.” It does a surprisingly good job, and he is using it to make funny mashups: nobody should have this kind of power pic.twitter.com/4vbl2MGK4Z — Andy Baio (@waxpancake) November 5, […] This hi-tech turntable brings your vinyl into the modern age Vinyl is officially back.

Alan Lomax's Massive Music Archive Is Online: Features 17,000 Historic Blues & Folk Recordings A huge treasure trove of songs and interviews recorded by the legendary folklorist Alan Lomax from the 1940s into the 1990s have been digitized and made available online for free listening. The Association for Cultural Equity, a nonprofit organization founded by Lomax in the 1980s, has posted some 17,000 recordings. When you click to this page, see the navigation on the right. "For the first time," Cultural Equity Executive Director Don Fleming told NPR's Joel Rose, "everything that we've digitized of Alan's field recording trips are online, on our Web site. It's every take, all the way through.

Afrorack and Africa's first DIY modular synth make some wild, delicious grooves - CDM Create Digital Music Bamanya Brian from Uganda wanted to explore modular synthesis – so he turned his electronics skills to making the instruments he needed himself. The gear is DIY; the resulting music is irresistible. Meet Afrorack (artist name and a nice fitting moniker for his monster modular, too)!

Listen to the oldest song in the world written 3,400 years ago In what is thought to be the oldest song ever created, a ‘sheet’ of music was discovered in the ancient Syrian city of Ugarit and referenced back to around 3400 years ago. Professor Anne Draffkorn Kilmer, who works as the curator at the Lowie Museum of Anthropology at Berkeley, spent fifteen years deciphering the clay tablets which were uncovered and excavated in Syria by French archaeologists in the early 1950s. The tablets, it has been confirmed, formed “a complete cult hymn and is the oldest preserved song with notation in the world.” Kilmer, who is also the professor of Assyriology at the University of California, worked alongside her colleagues Richard L.