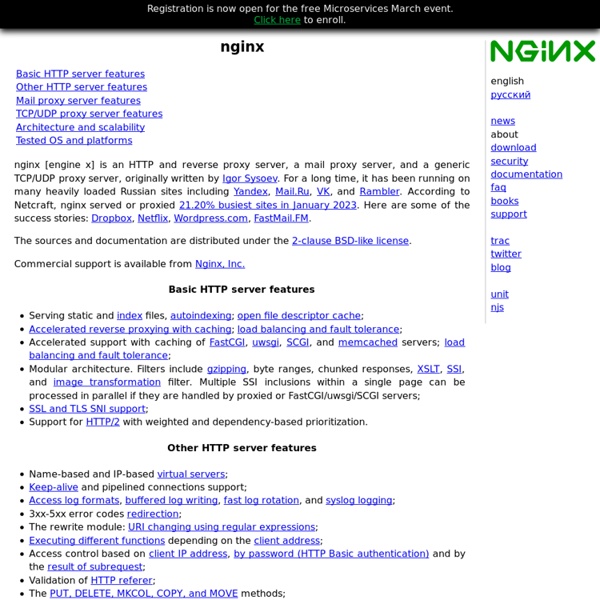 Mac OS X hidden features and nice tips & tricks - Apple - Stack Exchange IIS Garry's Mod Gameplay[edit] Although Garry's Mod is usually considered to be a full game, it has no game objective and players can use the game's set of tools for any purpose whatsoever, although sometimes when playing on a multiplayer server it may have role-play or other types of game modes. Garry's Mod allows players to manipulate items, furniture and "props" – various objects that players can place in-game. Props can be selected from any installed Source engine game or from a community created collection. The game features two "guns" – Physics Gun and Tool Gun for manipulating objects. Another popular Garry's Mod concept is ragdoll posing. Multiplayer[edit] Garry's Mod supports multiplayer gameplay on dedicated game servers. Garry's Mod servers run many game modes, most of which are user-created modifications. User-created content[edit] Fretta contest[edit] Three of the winning games have been shipped, Trouble in Terrorist Town, Dogfight Arcade, and Prop Hunt.[14] Toybox[edit] References[edit]

The Humble Frozenbyte Bundle (pay what you want for five awesome video games) Lighttpd - fly light Asynchronous processing in Java applications – leveraging those multi-cores « AMIS Technology blog Processors are not going to get much faster. No higher clockspeeds are foreseen. The speed of processing will be further increasing through parallellization, engaging multiple CPU cores for handling all tasks rather than a single faster core. This is but one reason for taking a closer look at the threading model in Java and the way we can do asynchronous and parallel processing as of Java 5. Another reason for my interest in asynchronous processing has to do with (perceived) performance. Furthermore, if the task can be broken in smaller pieces that can be executed in parallel, we really can speed up the task – provided processing power is available. In this article I will tell about my first explorations of the world of Futures, ExecutorServices, CompletionService, Callback interfaces and ThreadPools. We will look at some very simple classes – to isolate the essence. Let’s start with the class SlowWorker. In the main method, a SlowWorker instance is created and the doWork() is invoked.

Performance On A Shoe String Back in the summer, I happened to notice the official Wimbledon All England Tennis Club site had jumped to the top of Alexa’s Movers & Shakers list — a list that tracks sites that have had the biggest upturn or downturn in traffic. The lawn tennis championships were underway, and so traffic had leapt from almost nothing to crazy-busy in a no time at all. Many sites have similar peaks in traffic, especially when they’re based around scheduled events. No one cares about the site for most of the year, and then all of a sudden – wham! – things start getting warm in the data centre. Traffic graph from Alexa.com Whilst not on the same scale or with such dramatic peaks, we have a similar pattern of traffic here at 24ways.org. If you’re a big commercial enterprise like the Super Bowl, scaling up for that traffic is simply a cost of doing business. The Problem With our budget based on whatever is left over after beer, we need to get best performance we can out of the resources available. Yahoo!

Hauppauge PCTV Broadway 2T - wireless TV transmission to iPhone, iPad, Mac & PC The Broadway 2T utilises 802.11n wireless and its sophisticated MPEG-4 H.264 hardware compression codec ensure minimal demand on mobile device battery life. Image Gallery (4 images) The trend toward ubiquitous global mobile media consumption without traditional boundaries and the convergence of internet and TV accelerated today with the release of the GBP229 (US$367) Hauppauge PCTV Broadway 2T which will stream TV to any iOS device (iPad or iPhone), Mac or PC with no third party app required. Whatsmore, Android support is expected to be added within six weeks. The Broadway 2T is standalone (no computer needed), connects to your wired or wifi network and contains dual DVB-T tuners to enable streaming of a TV signal to a host device either over a home network or the internet, and hence to anywhere in the world. Just how the media measurement companies intend to deal with devices such as the Broadway 2T will be interesting to watch. Post a CommentRelated Articles

Transaction - Transactional file access Sometimes it may be desirable to save a single file or even a number of related files to the file system atomically. This means if you write something and an error occurs or for any reason you change your mind and rather want to cancel what you did. Consider your application fails in the middle of overwriting important data which neither gives you the old state nor the new one, but rather a corrupted one. The transactional file package provides you with code that allows you to have atomic read and write operations on any file system. When you start a transaction you need to provide an indentifier to later refer to this newly started transaction. Finally when you want to commit the transaction call commit or rollback to undo all changes. A fail safe file sequence is the second main part of the file package.

5 Stocks to Buy Before the Crowd Does (BRNC, HDY, HURC, KEM, NNBR) Index funds give investors an easy way to invest in the stock market. But because index funds have gotten so popular -- and so big -- following the ins and outs of how their underlying indexes work has captured the attention of opportunistic traders seeking quick profits at the expense of long-term traders. If you're quick on your feet, you may be able to beat those traders at their own game and pick up shares of the stocks you want at a bargain price. The next big rebalancingEarlier this week, the Nasdaq announced that it would rebalance its Nasdaq-100 index for the first time in 13 years. But even with the Nasdaq's move still several weeks away, some are already turning their attention to the annual rebalancing of the Russell indexes, including its popular small-cap Russell 2000 index. What's at stakeThe idea behind trying to game index rebalancings is pretty simple. For small-cap stocks like those in the Russell 2000, that can make a huge difference. Source: Schwab, Yahoo Finance.

A Great Inflation Play (Other Than Gold) (ADM, BG, CORN) Gold is a popular topic nowadays. You can't turn on the television without hearing about it. How's the sales pitch go? "Gold has never been worth zero." Well that's comforting to know (my house has never been worth zero either). The gold rushMy concern is inflation fears may lead to inflated gold prices as investors flock to the highly heralded hard asset (I just saw two gold commercials while writing this, no joke). Inflation concerns may be legitimate. Buy what you buyThe best performers are consumer staple stocks. This allows consumer staple companies to pass on higher costs to consumers because of inflation, whereas, companies that sell consumer discretionary items (like a Coach purse) may see lagging sales. An a-maize-ing investmentThere is one product used in virtually everything from food to fuel. In short, corn companies should provide a good inflation hedge. Teucrium Corn is the purest play because it's a fund that owns near- and medium-term core futures contracts.