Hosted by the Office of Scientific and Technical Information, U.S. Department of Energy 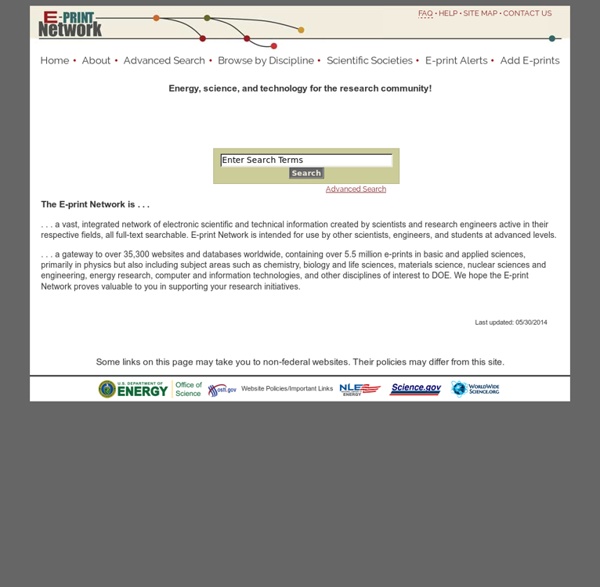 HAL SHS Molecules | Sunset Lake Software Molecules is an application for the iPhone, iPod touch, and now iPad that allows you to view three-dimensional renderings of molecules and manipulate them using your fingers. You can rotate the molecules by moving your finger across the display, zoom in or out by using two-finger pinch gestures, or pan the molecule by moving two fingers across the screen at once. The combination of the iPhone, iPod touch, and iPad's unique multitouch input system and the built-in OpenGL ES 3-D graphics capabilities enable you to feel like you are manipulating the molecules themselves with your fingers. New molecules can be downloaded from the RCSB Protein Data Bank ( an international repository of biological molecules and their 3-D structures, or NCBI's PubChem, a public database of compounds. Molecules can be downloaded directly to your handheld device and stored there for later viewing. Molecules is free and its source code is available under the BSD license. Related posts

Ibn Battuta Abu Abdullah Muhammad Ibn Battuta, was a Moroccan Muslim scholar and traveler. He is known for his traveling and going on excursions called the Rihla. His journeys lasted for a period of almost thirty years. This covered nearly the whole of the known Islamic world and beyond, extending from North Africa, West Africa, Southern Europe and Eastern Europe in the West, to the Middle East, Indian subcontinent, Central Asia, Southeast Asia and China in the East, a distance readily surpassing that of his predecessors. Early life and Career: Abu Abdullah Muhammad Ibn Battuta, was born in Tangier, Morocco, on the 24th of February 1304 C.E. (703 Hijra) during the time of the Marinid dynasty. He first began his voyage by exploring the lands of the Middle East. Finally, he returned home at Tangier in 1355. Ibn Battuta often experienced culture shock in regions he visited. Death: After the completion of the Rihla in 1355, little is known about Ibn Battuta’s life.